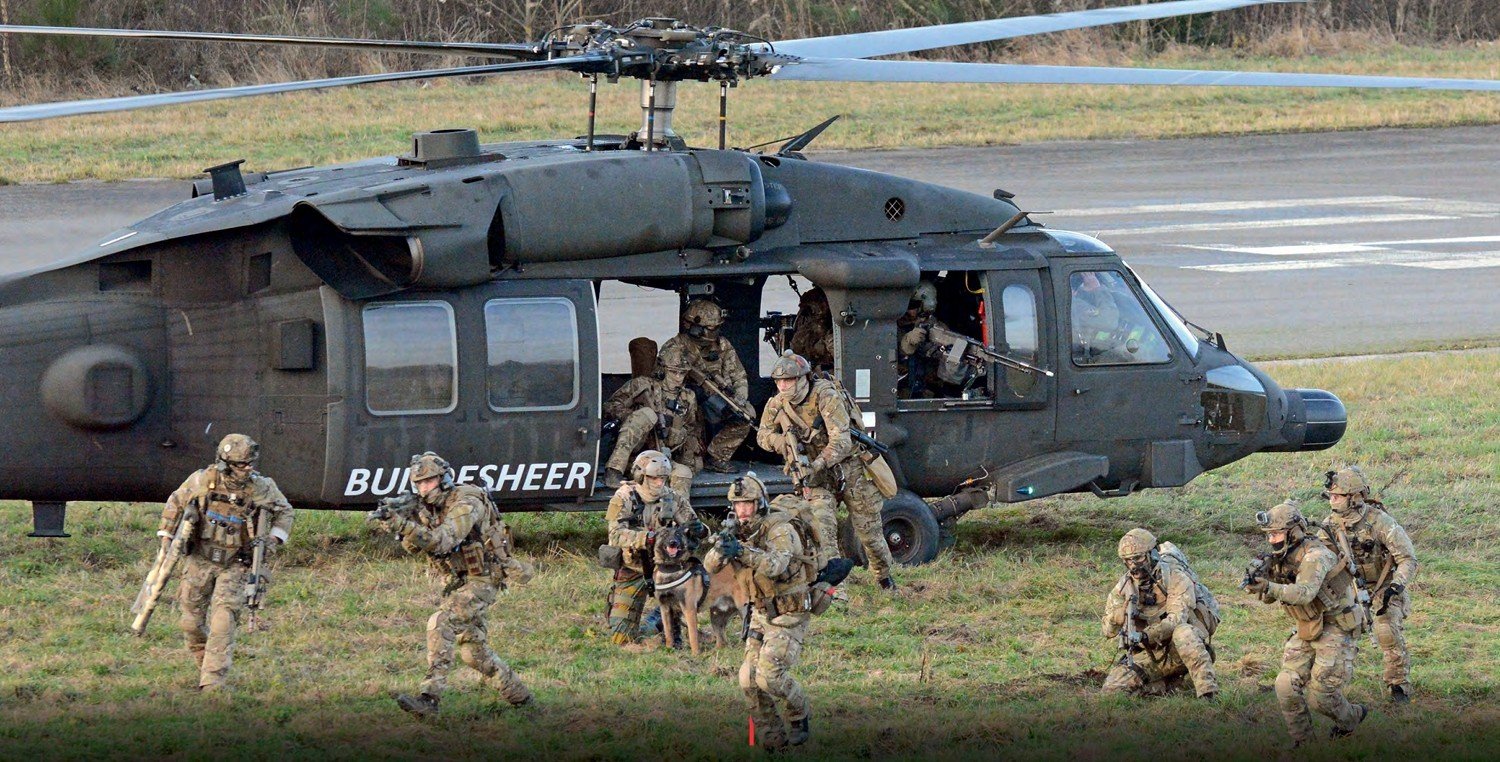 A drab Austrian S-70A-42 with a team of special forces personnel during Black Blade. Kees Otten and Wim Das

BLACK BLADE is one of the more significant rotary-wing exercises in the European Defence Agency (EDA) calendar, being part of the organisation’s Helicopter Exercise Programme (HEP). Belgium hosted the event between November 14 and December 2, 2016, marking not only the country’s recurrent commitment as an EDA member state (MS) but also a decade of Blade exercises.