Horsa heads for the Netherlands 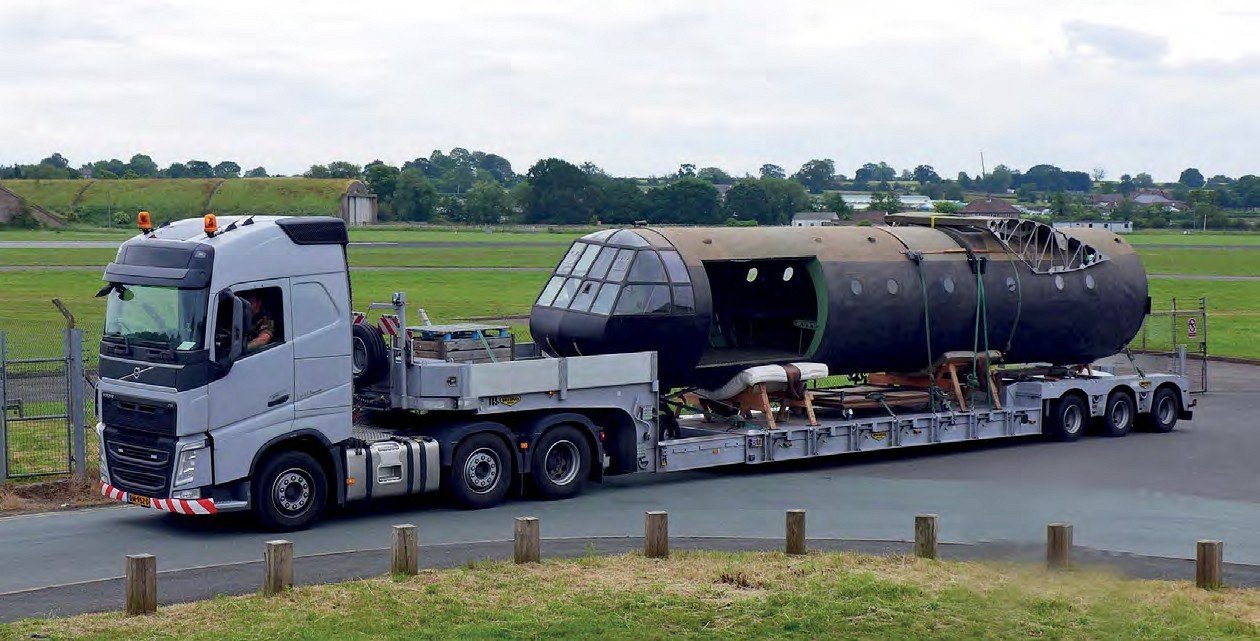 The Horsa reproduction leaving Cosford on 19 June, heading out of the UK permanently. ABOVE RIGHT: A sight not to be seen in Britain again; the complete Horsa fuselage, outside at Shawbury during 2010. TOP RIGHT: The fuselage under construction at Shawbury. Fifty volunteers put countless hours into the build project.
ALL VIA MARTIN LOCKE

Britain’s only full-size, complete Airspeed Horsa left RAF Cosford on 19 June heading for a new, permanent home at the Oorlogsmuseum at Overloon, 37 miles south of Arnhem, the Netherlands. The reproduction was built by volunteers from the Assault Glider Trust at RAF Shawbury, Shropshire, between 2001-14, using original drawings and a large number of surviving Horsa parts. In March 2014 it was moved to nearby Cosford, where many Horsas were assembled and tested after subsections had been shipped in from various sub-contractors in the Midlands during the war.

After efforts to find a permanent home for it in the UK failed, the glider will now be reassembled, under cover, in front of the Airborne Museum at Oosterbeek. There it will go on show for the 75th anniversary of Operation ‘Market Garden’ in September, before moving to Overloon.

Not a single complete example of the 3,600 Horsas built between 1942 and 1945 survived intact long enough to be preserved, although fuselage sections are on display at the Army Flying Museum at Middle Wallop, and the de Havilland Aircraft Museum at London Colney. The loss to the UK of this only complete representation of Britain’s most famous military troop-carrying glider couldn’t have come at a more sensitive time, being part-way between the D-Day and Arnhem 75th anniversaries, the last major anniversaries that most of the surviving veterans of these campaigns are likely to see.

The project originated during the summer of 2000, when veterans of the Midland Branch of the Glider Pilot Regimental Association decided to fill a substantial gap in the ranks of historic aircraft by building a Horsa I as a permanent memorial to all those who served in the airborne forces. In June 2001 RAF Shawbury offered hangar space for the construction of the Horsa by a team of volunteers living in the local area. The aircraft was built using original techniques and original parts were incorporated wherever possible. Some 50 volunteers were involved in the reconstruction of the Horsa.

A section of Horsa fuselage, found at a landing site in Normandy after the war, was loaned to the team as an important source of information for reverse-engineering parts. In May 2009 a large number of fuselage parts were recovered from the Southampton back garden of former RAF fitter Charles Richards, who refurbished his shed after the war using as many Horsa parts and fittings that he could find a use for.

Three original centre-section main spars were discovered in a barn at Henley-on-Thames in 1994 by Aeroplane contributor Ian Frimston, who then supervised the transportation of these important items to Coventry. They were moved to Shawbury a decade later. One spar subsequently went to the Silent Wings Museum at Lubbock, Texas. Many Horsa parts were exchanged with Silent Wings in December 2004 for a Waco CG-4A fuselage, including eight fuselage bulkheads/ frames, a fuselage main skid, two undercarriage assemblies, mainwheels complete with tyres and a nosewheel assembly. The restored CG-4A fuselage went to the Dumfries and Galloway Aviation Museum in November 2018. During construction at Shawbury, many Glider Pilot Regiment and airborne forces veterans visited the project — among those present at an open weekend in March 2006 were actor and former captain in the 7th (Light Infantry) Parachute Battalion, Richard Todd, who landed near Bénouville (Pegasus) Bridge at 00.40hrs on D-Day, and Arlette Gondrée, whose family home, the Café Gondrée, was the first building in France to be liberated when she was just six years old.

“For more than 10 years we have sought a suitable permanent display facility in the UK for our Horsa with the fully assembled aircraft available for unrestricted public viewing”, said an Assault Glider Trust spokesman. “However, all approaches so far have either been conditional on being able to raise sufficient funds to build such a facility or were not followed up. The temporary storage facility at Cosford, while being a very welcome bolthole since our departure from RAF Shawbury in 2014, has not allowed general public access for viewing and we have been increasingly concerned about the steady deterioration of the Horsa. 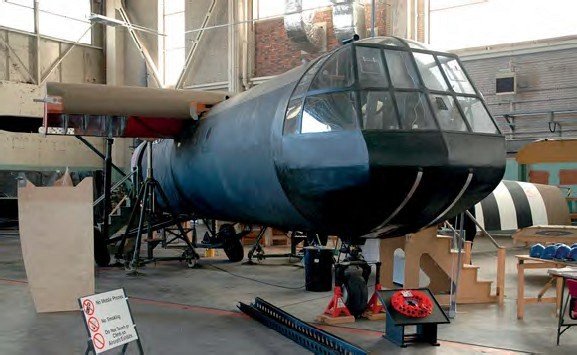 “In the autumn of last year, however, Richard Westmaas, a member of the Dutch Wings of Freedom group at the time, approached us to discuss the feasibility of moving the Horsa to the Arnhem area as a focal point in their 75th anniversary event. With funds and transportation secured by the Dutch we felt that this was a serious offer, and once Richard and the Royal Netherlands Air Force team had visited in May to confirm the viability of the move we decided to accept.

“The trustees, the volunteers who built the glider, surviving veterans and all those in the UK who have so generously supported the project since 2001 are naturally disappointed that a permanent UK home has not materialised despite the interest shown by several British organisations. However, without their financial and material means to translate intent into reality within a reasonable timeframe we decided to accept the Dutch offer as, crucially, it included the generous undertaking by the Oorlogsmuseum director to display the complete aircraft permanently at one of the most impressive military museums on the continent.

“The momentous events at Arnhem 75 years ago arouse strong passions in the local population, and it is therefore entirely appropriate that our Horsa glider should be included on permanent exhibition in the area as a major, but perhaps understated, part of that story.”

Although Overloon — which has on show a D-Day and Arnhem veteran C-47, and a rare North American B-25D Mitchell — is as good a home as could be wished for overseas, the long sought-for and hard-won resurrection of a unique piece of British aviation history is now lost to the UK for good.