How Rolls-Royce made history 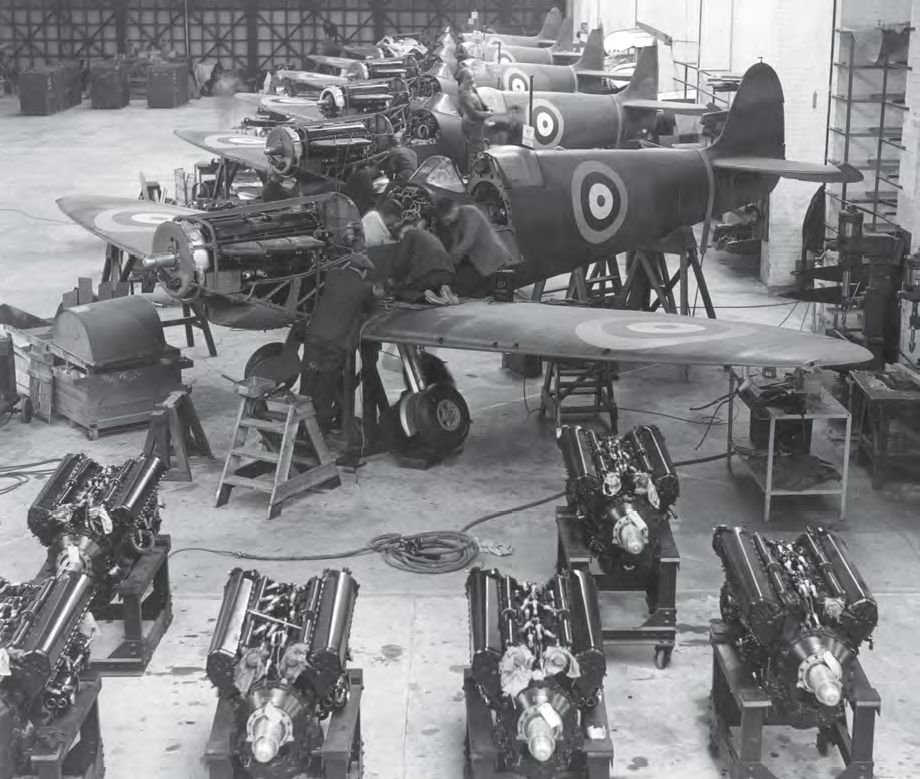 Spitfire Is undergoing final assembly at Eastleigh, with a number of Merlin IIs in the foreground awaiting installation to other airframes.
AEROPLANE

The Rolls-Royce Merlin is, by any reckoning, one of the great aero engines of all time, and is certainly the most famous British aero engine ever. Produced in greater numbers than any other engine of the Second World War, its variants powered front-line aircraft from the first to the last day of the conflict. Yet in many ways the Merlin’s success was as much a testament to Rolls-Royce’s persistence as it was to the engine’s inherent excellence. The great motoring journalist L. J. K. Setright was even more forthright: he called it a “triumph of development over design.”