How a Utair Boeing 737 hit a snowbank upon landing

After the airline initially cited wind shear as the cause of the incident, investigators have now come to a completely different conclusion

A Utair Boeing 737-500 suffered a main gear collapse after colliding with a snowbank before the threshold at Usinsk Airport in February last year because the crew failed to adjust their altitude for the freezing air temperature, a report by Russia’s Interstate Aviation Committee has found.

The jet – VQ-BPS (c/n 28909) – was completing a service (UTA 595) between Moscow/Vnukovo and the town in the Komi Republic when it impacted a 1.1m high snow parapet 32m from the runway while on approach to land.

The aircraft then slid down the runway and came to rest on the edge, perpendicular to the strip. All occupants – which included six crew and 94 passengers – evacuated the jet safely.

The Bermuda registered aircraft suffered severe damage including the separation of the main landing gear and impairment to the fuselage and wing mechanism.

Investigators said the narrowbody was consistently below required altitudes as it passed fixes for the navigation approach to runway 13. 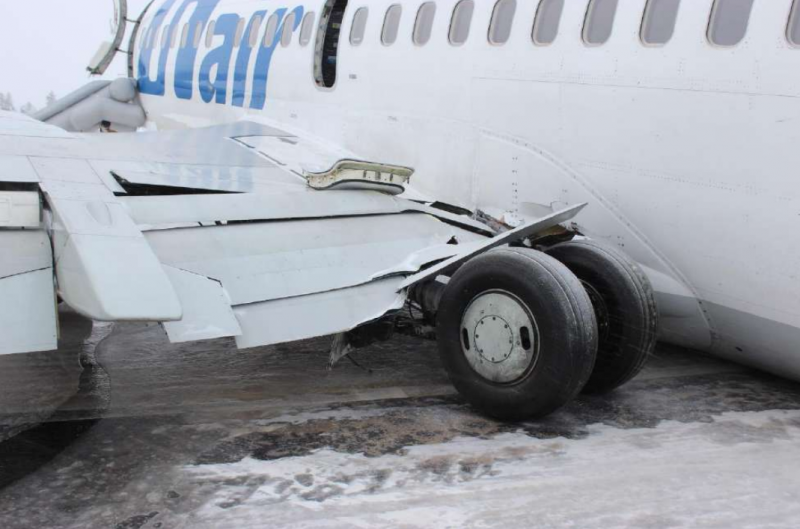 The altitude inconsistencies were caused by the crew’s failure to adjust for the air temperature at the facility which was recorded to be minus 21°C.

When the aircraft passed over YS005 (the final approach fix), it was at an altitude of 1,570ft, which corresponded to the approach pattern. In reality, the actual height taking into account the temperature correction of barometric altimeters at low temperatures was 1,390ft.

The discrepancy became smaller as the aircraft descended and at 200ft it was only off by 30ft.

Unlike some modern aircraft, automatic temperature correction in FMS of VQ-BPS was not provided.

Calculations showed that by using the barometric VNAV mode, the aircraft descended on a 2.6° glideslope instead of the standard 3° approach. 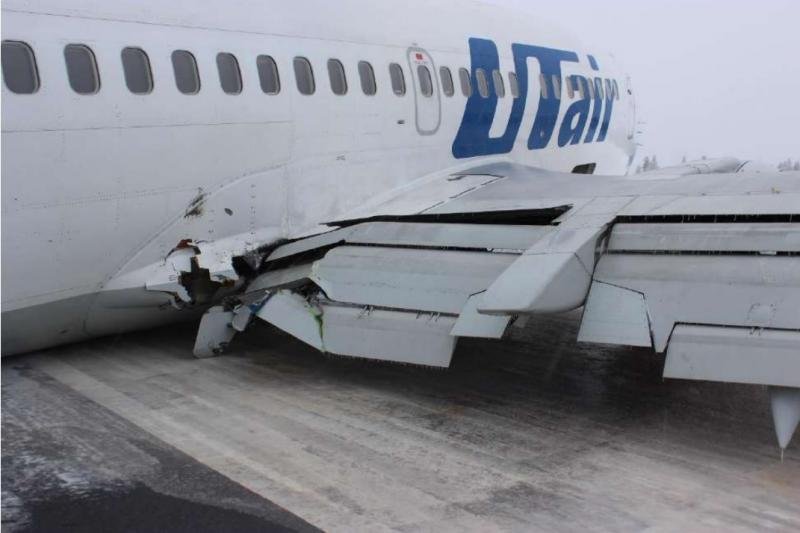 Investigators attributed the crash to the following factors: the failure of the airport operator to comply with regulations which resulted in the presence of snowbanks on the paved sections of the landing strip, the lack of risk assessment on the airline’s part into the hazards of performing baro-VNAV mode approaches in low temperatures.

Additional causal factors include an insufficient assessment by the crew during the approach preparation of the existing threats and making insufficiently substantiated decision to perform an RNAV (GNSS) approach (under the control of the autopilot in LNAV/VNAV mode) without introducing a correction for low outside air temperature in altitude overflying waypoints, which led to a flight below the established glide path.

The aircraft was originally delivered to Continental Air Lines in December 1997 as N16648 and was transferred to United Airlines on October 1, 2010 following the merger of the two companies. Utair Aviation purchased the jet on March 27, 2012 and re-registered it in Bermuda.