Hudson goes on show at Canberra 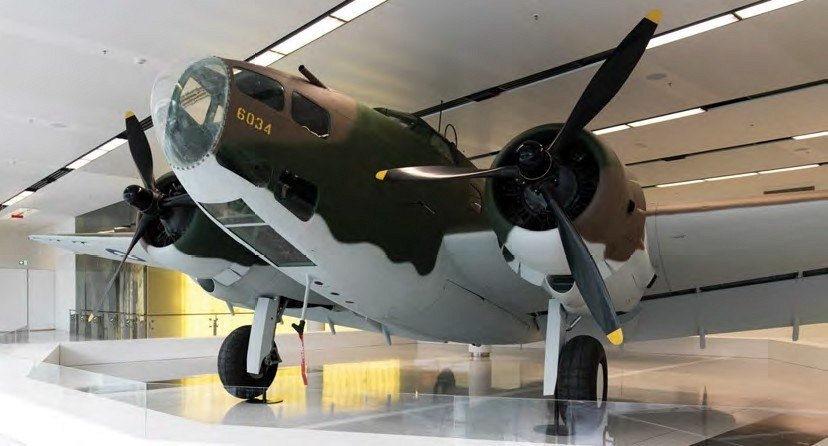 The Australian War Memorial’s Lockheed Hudson IV, A16-105, went on display near the Virgin Australia check-in desks at Canberra Airport on 19 December, following six years’ work at the AWM’s Treloar workshops to restore the bomber to its December 1942 configuration.

Acquired by the AWM in January 2001, the machine spent a brief period on display in the museum’s Anzac Hall before being taken to the Treloar facility where restoration began in September 2010. The most complex task has been the installation of a Boulton Paul turret, which had been absent since the aircraft was civilianised post-war. An invaluable source of parts has been the damaged rear fuselage section from Hudson A16-128, which contained a large proportion of the structure missing from ’105 to support the upper gun turret.

A large number of structural components have been manufactured and fitted into the lower airframe, including the tunnel gun position. The beam gun positions have been added, and the radio operator’s room directly behind the pilot reconstructed. The project has required the fabrication of more than 5,800 parts and tools, extensive research into an accurate colour scheme and internal equipment fit-out, and a major reconditioning of the airframe. The restoration was made possible by a collaboration between the AWM, Canberra Airport, and the Virgin Australia Group. The Hudson will be on show at the airport until the end of 2018. It originally arrived in Australia during early December 1941 and was initially used as a trainer. Between December 1942 and January 1943 it saw operational service in Papua and New Guinea, carrying out supply flights during the Allied advance on Buna, on Papua’s north coast.