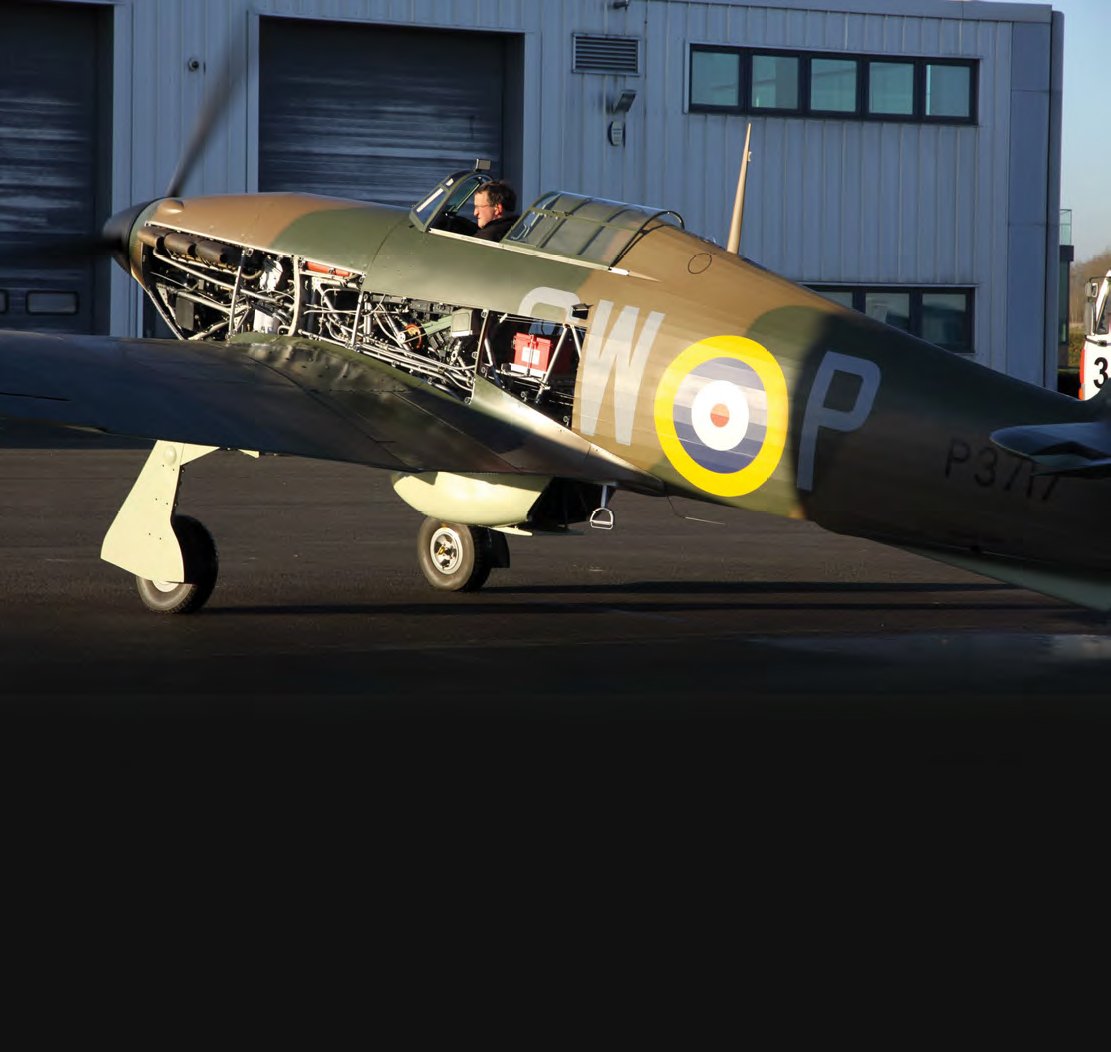 Now owned by the Stow, Massachusetts-based Collings Foundation, Hurricane I P3717/G-HITT has its Merlin XX run up at Turweston this past December.
NIGELHITCHMAN

Hawker Hurricane I P3717/G-HITT, currently at Turweston airfield in Northamptonshire for final preparations prior to a maiden post-restoration flight, has been sold to the Collings Foundation at Stow, Massachusetts. Previously owned by Hugh Taylor, the combat-veteran fighter was restored by Hawker Restorations at Milden, Suffolk between 2014-15, moving to Turweston during February 2015 for assembly and test-flying.

Built at Brook lands and fitted with a Merlin III engine, P3717 was originally allocated to No 253 Squadron at Kirton-in-Lindsey during early July 1940. The unit moved to Kenley on 29 August, and the following morning Plt Off Wlodzimierz Samolinski claimed a Messerschmitt Bf 110 from ZG 2 over the Redhill area in P3717.

On 12 September P3717 went to No 257 Squadron at Debden, a day that also saw the arrival of a new CO, Robert Stanford Tuck. Operating from Castle Camps, Cambridgeshire, on 23 September Stanford Tuck led 12 Hurricanes into a dogfight with Messerschmitt Bf 109s over Southend, P3717 suffering battle damage. The aircraft was despatched to Rolls-Royce at Hucknall in late June 1941 for conversion to MkIIa configuration, which included the fitting of a Merlin XX engine. It was re-serialled DR348, and became one of the first batch of 40 Hurricanes selected for allocation to the Soviet Air Force, being flown to Cardiff on 10 October for packing.

Its subsequent combat history is unknown, but the crashed remains of the aircraft were brought back to the UK by Sussex-based Jim Pearce during September 1990. It was soon sold to Steve Milnthorpe, arriving at his home in Hinckley, Leicestershire the following month for a static restoration, utilising wing sections recovered from a Canadian farm. By January 2004 the fuselage was structurally almost complete when Steve sold the fighter to Tony Ditheridge/Hawker Restorations. Restoration to fly in MkIIa configuration began, although it was to adopt the paint scheme of P3717 and its original No 253 Squadron code letters, SW-P. The fighter was sold to Hugh Taylor of Dursley, Cheltenham in July 2008, and registered G-HITT in September 2012.