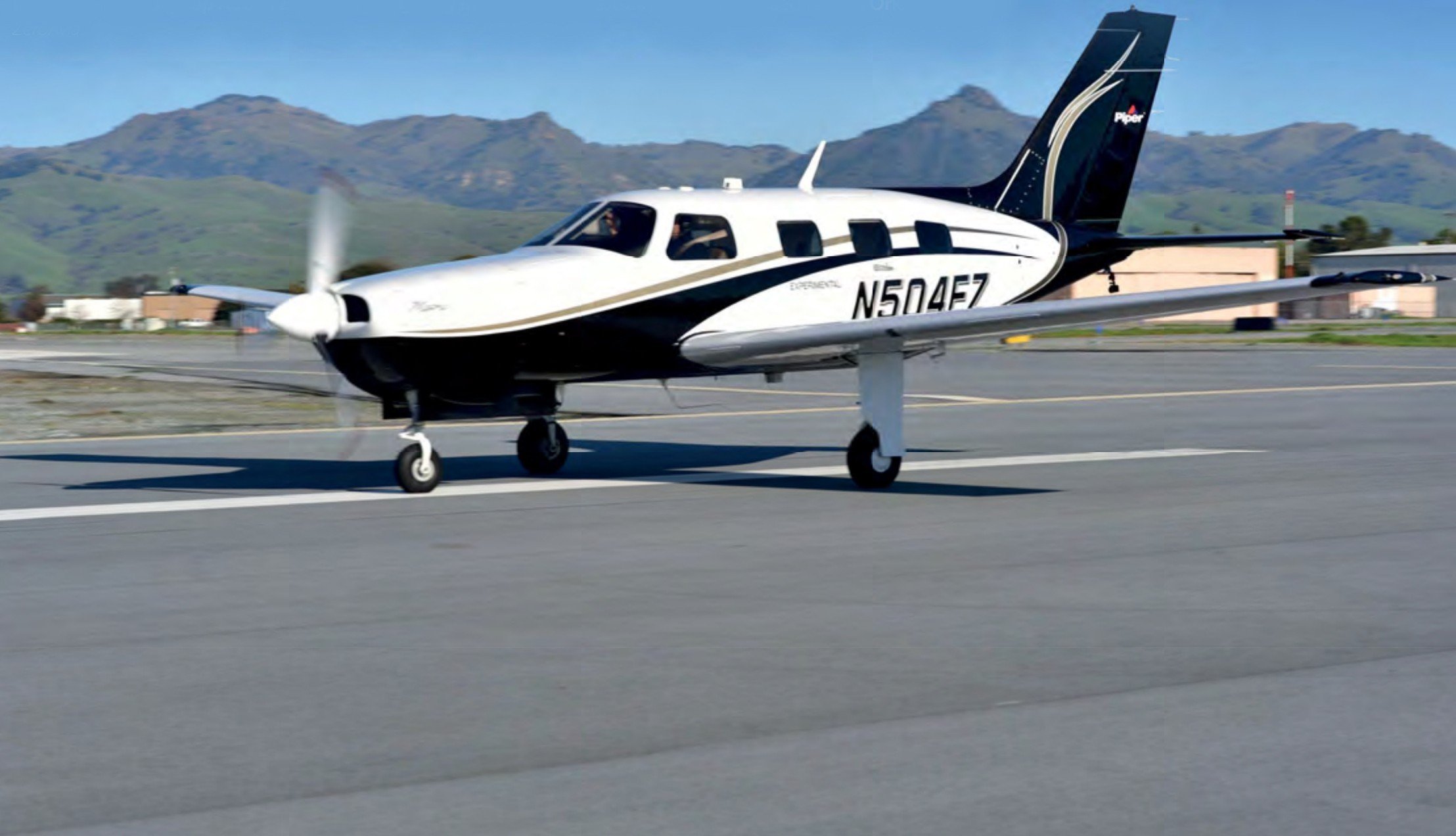 Piper PA-46 turboprop N504TZ is testing a hydrogen fuel cell powertrain that will be used for the Orkney flight. ZeroAvia

DEVELOPING AND DEMONSTRATING technologies that could meaningfully cut carbon dioxide emissions is crucial in mitigating aviation’s environmental impact. One new R&D initiative recently announced in the UK is the HyFlyer Project to develop a hydrogen fuel cell powertrain, which will culminate in a demonstration flight involving a Piper M-Class turboprop aircraft conducting a 250–300 nautical miles (463–555km) flight out of Orkney in the Northern Isles.

A £2.7 million UK government grant to support the development and demonstration of a hydrogen fuel-cell powertrain for the project, awarded via the Aerospace Technology Institute, was announced in September by the latest UK Transport Secretary Grant Shapps during a speech encouraging innovation to transform the aviation industry.

The powertrain is under development by a Californian company, ZeroAvia, which describes itself as a “zeroemission aviation specialist”.

ZeroAvia is setting up a base at Cranfield Airport in Bedfordshire.

There, the company will cooperate with partners in the technology, advanced manufacturing, energy and aviation sectors.

Cranfield Aerospace Solutions will help integrate the powertrain into the Piper and host the ZeroAvia team at its facilities at Cranfield, undertaking design work on the aircraft and modifying the aircraft for the trial. Fuel cell engineering company Intelligent Energy will optimise its evaporative cooling fuel cell technology for the aircraft.

ZeroAvia said: “The aim is for the powertrain to deliver the same performance as a conventional aircraft engine, but with zero carbon emissions and at around half of the operating costs.”

The company added the Orkney demonstration would be a “key step” in longer-term objectives to supply an electric powertrain to commercial operators and aircraft manufacturers in 2022 and, later, power a fixed-wing aircraft with up to 20 seats and 500-mile (926km) range.

ZeroAvia said the project puts the UK “at the forefront” of research centred on decarbonising aviation. The company’s founder and CEO Val Miftakhov said: “Our project goal of 300 nautical miles is equivalent to the distance from London to Edinburgh and will prove that zero-emission aviation, powered by hydrogen, can play a key role within the UK and other countries’ transport strategies.”

ZeroAvia is already flight testing its powertrain prototype in California aboard Piper PA-64 N504TZ under a US Federal Aviation Administration Experimental Certificate issued earlier this year. The company claims this aircraft, “is currently the world’s largest zero-emission aircraft flying without any fossil fuel support”.