IF LOOKS CAN KILL!

A pilot’s helmet was once a primitive piece of protective equipment, but head tracking technology, coupled with symbology in the visor, has increasingly transformed it into an annotated window on the world and a means with which to improve capability. 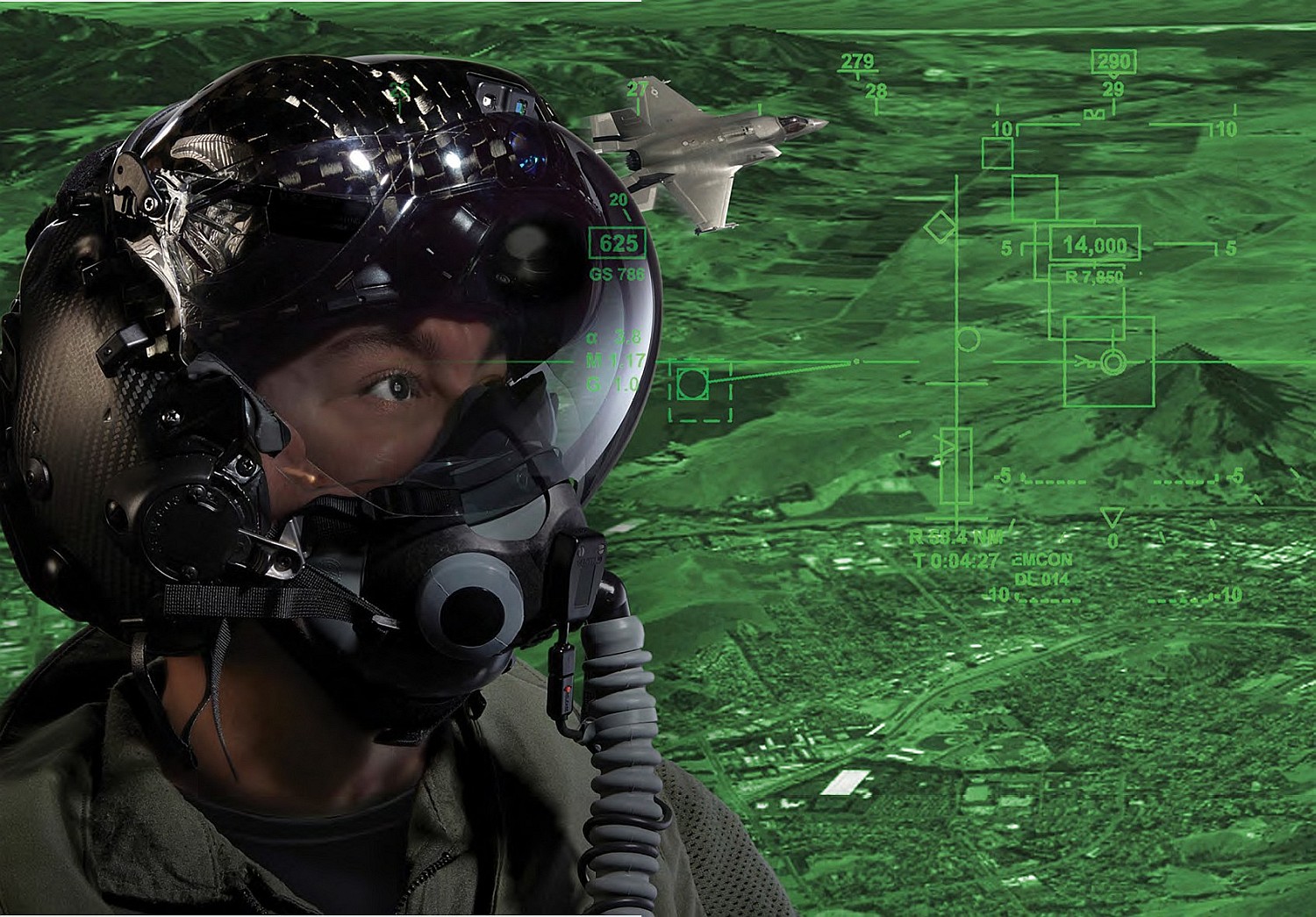 This graphic gives some indication of the type of imagery and data that feature in the F-35 helmet.
RCEVS

FROM THE VERY beginning of aerial combat, a pilot’s situational awareness has been vital to success and survival. The surrounding airspace, the ground picture and, of course, the gauges and displays in the cockpit are all of vital importance in all regimes of flight. During the earliest days of reconnaissance and dogfighting a pilot had little more than a tachometer, an altitude dial and a magnetic compass to refer to.