The incredible exploits of Oscar Garden

Having detailed her father Oscar’s groundbreaking journey from England to Australia in the March 2020 issue of FlyPast, Mary Garden describes the aviator’s flying exploits across Africa and the Middle East 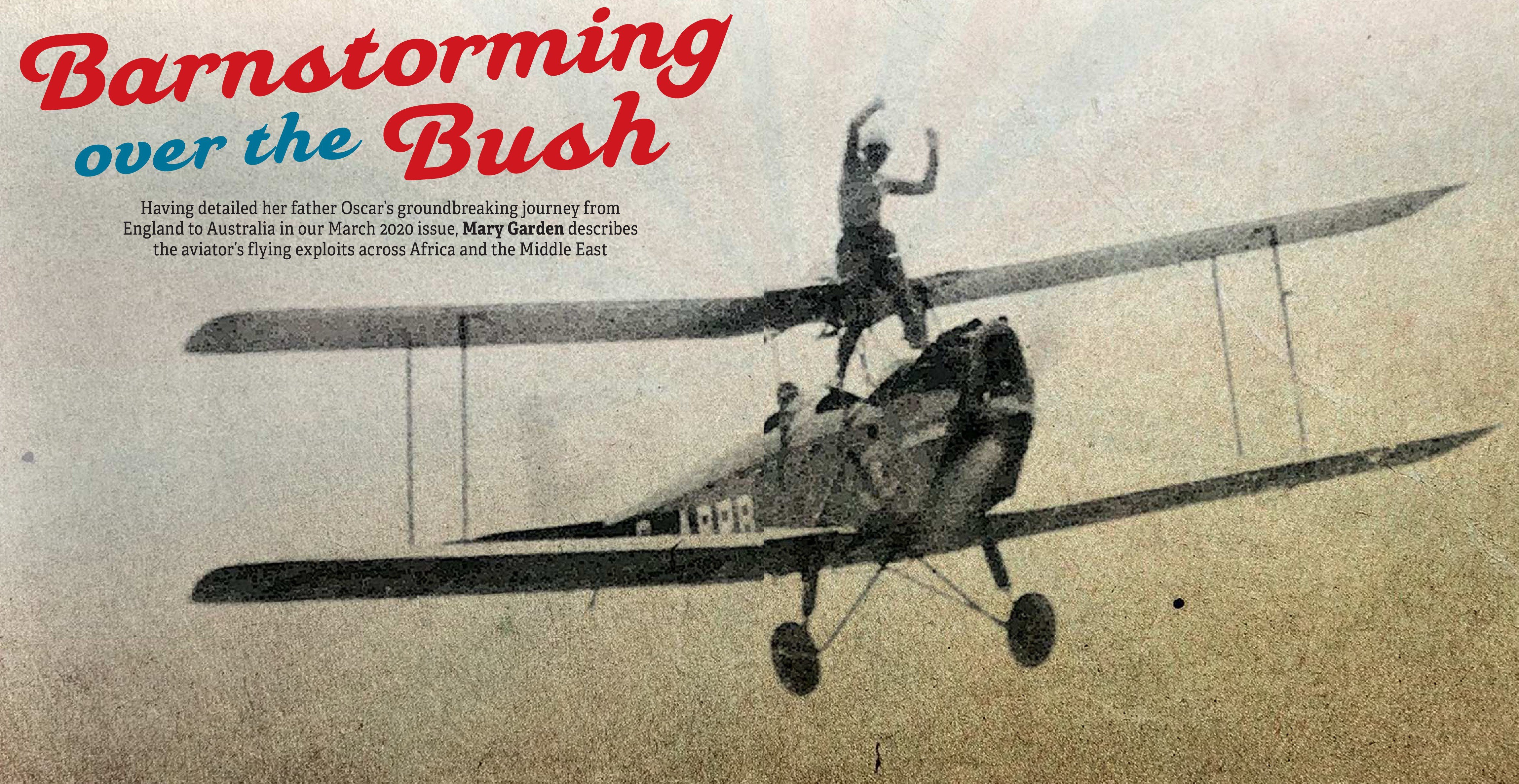 After Oscar Garden’s epic solo flight from England to Australia in 1930, he decided to go home to New Zealand soon after. However, because his Gipsy Moth Kia Ora did not have the range to fly over the Tasman Sea, on November 25 that year he sailed across to Wellington on board the passenger ship Ulimaroa, taking his aircraft with him. He then spent five weeks on an aerial tour of both islands, where he was given civic welcomes and treated as a hero. In his speeches he talked about his flight and promoted ‘airmindedness’, the enthusiasm for the use and development of flying machines.