The Aermacchi MB-339 military jet trainer was developed during the 1970s in response to an Italian Air Force for a replacement for the Aermacchi MB-326. The maiden flight of the MB-339 took place in August 1976 and the first production aircraft were delivered two years later. 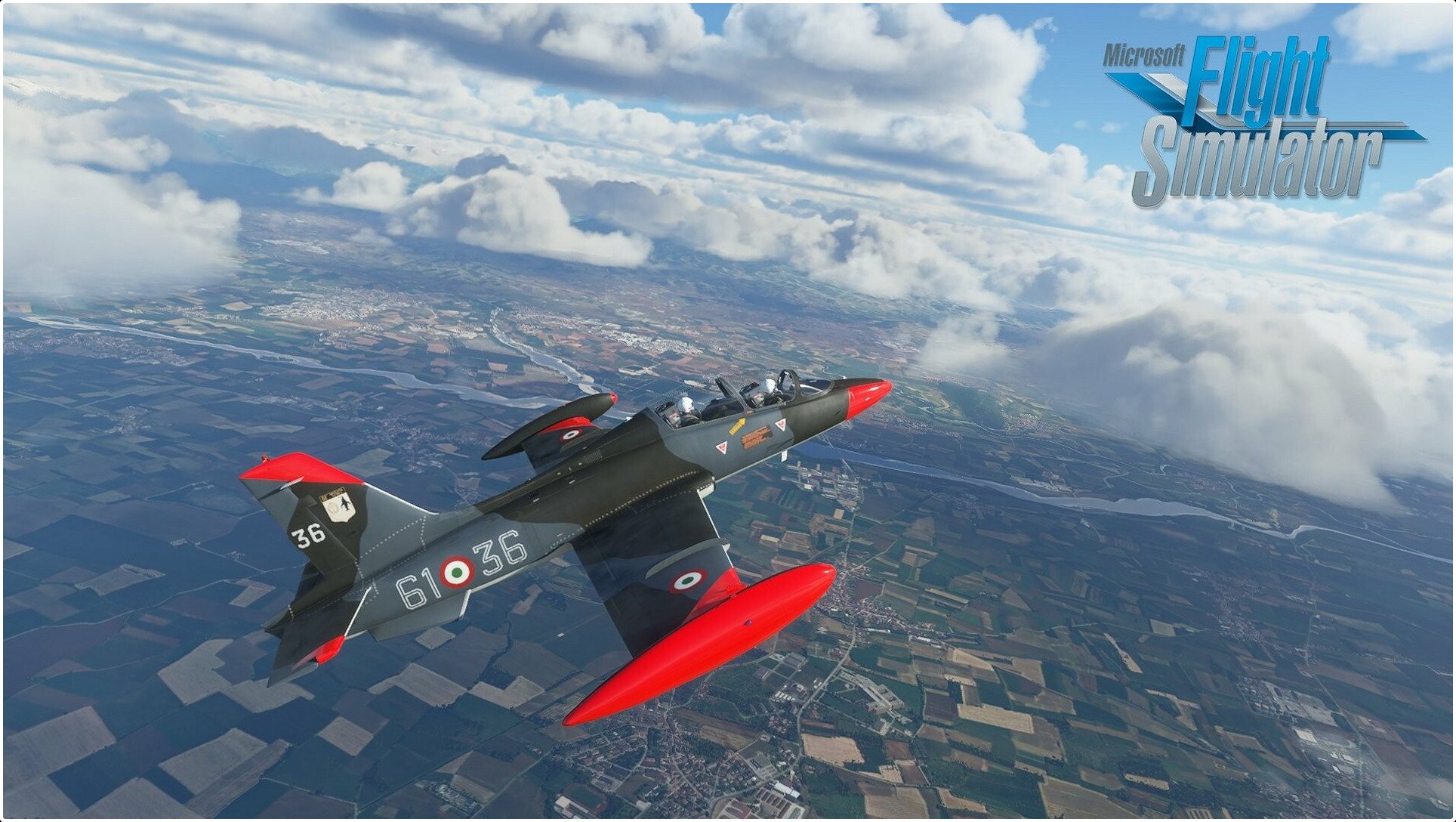 It features a detailed cockpit model (front seat only) and uses a flight dynamics based on the new Microsoft Flight Simulator model. Other highlights include seven 8K liveries and custom sounds.