BY DAY THEN BY NIGHT 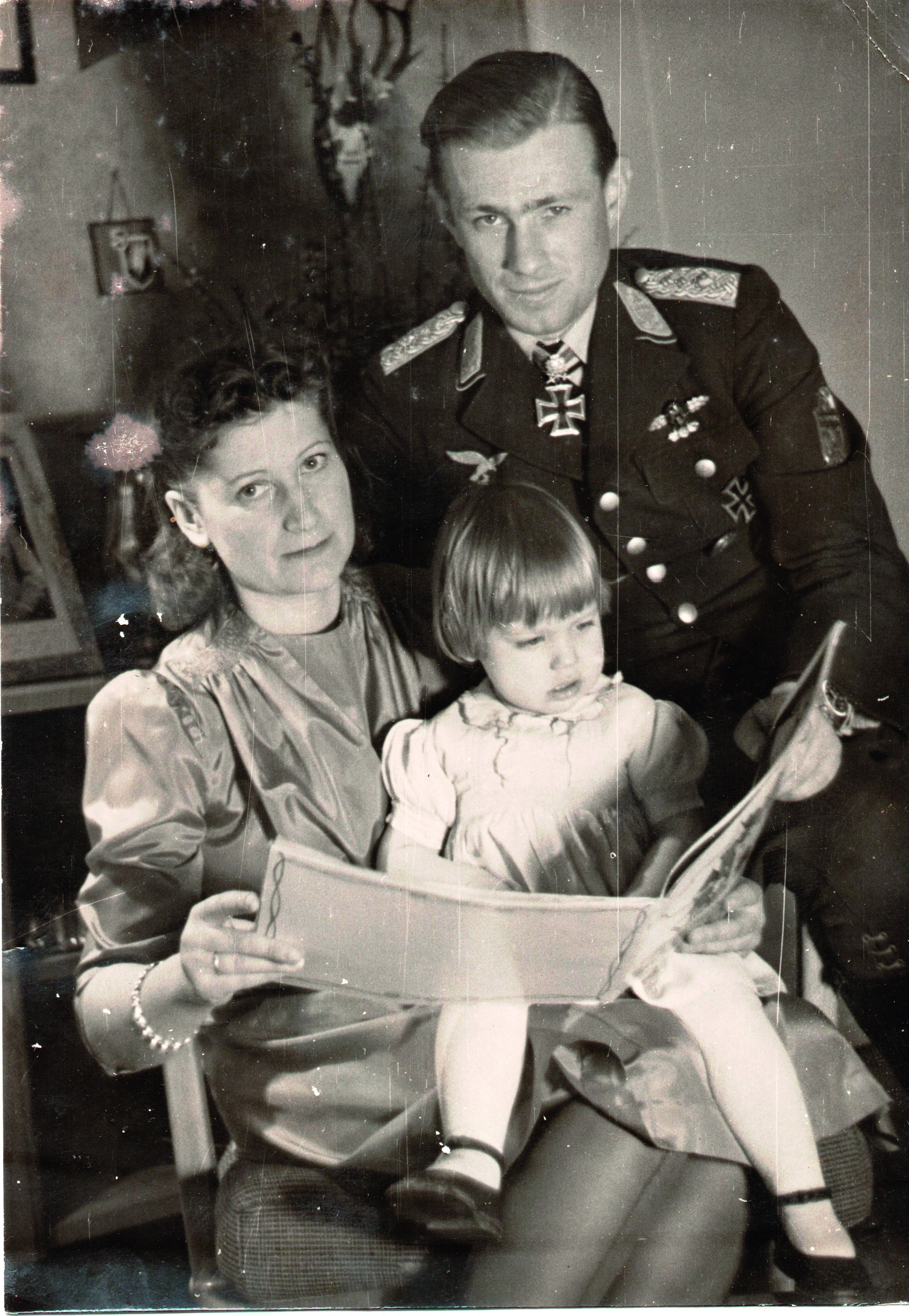 Lena and Helmut pictured with their daughter Tina during her second birthday in June 1944. It was to be the last she celebrated with her father.
PHOTOS CHRIS GOSS COLLECTION

As many of us now appreciate, the Luftwaffe suffered badly during the Battle of Britain and this was particularly so with the unit I Gruppe, Zerstörergeschwader 76. Many of its aircrews were killed over northeast England on August 15, 1940 and the remaining personnel were absorbed into the night-fighter unit Nachtjagdgeschwader 1 (NJG 1) a month later. Helmut Lent’s old Staffelkapitän Oblt Werner Hansen was placed in command of 3./NJG 1, while his deputy, Oblt Arno Walter, was tasked with instructing 8./NJG 1. Lent was chosen to lead the 6th Staffel of the Geschwader. However, converting to night-fighters was a dangerous business.