Revered Dassault Aviation test pilot Jean-Marie Saget – who flew most of the Mirage prototypes – passed away in March aged 91. Courtesy of an interview in 2001, Frédéric Lert profiles this aviator’s extraordinary career 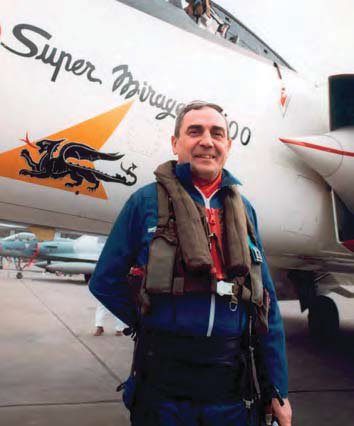 Jean-Marie Saget in 1981, in front of the Super Mirage 4000 – the last fighter he flew for Dassault, as well as the most powerful.
DASSAULT AVIATION

The man could have been a teacher. At least that was what his parents wanted for him. But he had decided otherwise: he would be a pilot.