Orbx has revealed KFAT Fresno Yosemite International Airport for X-Plane 11 is due to release imminently. 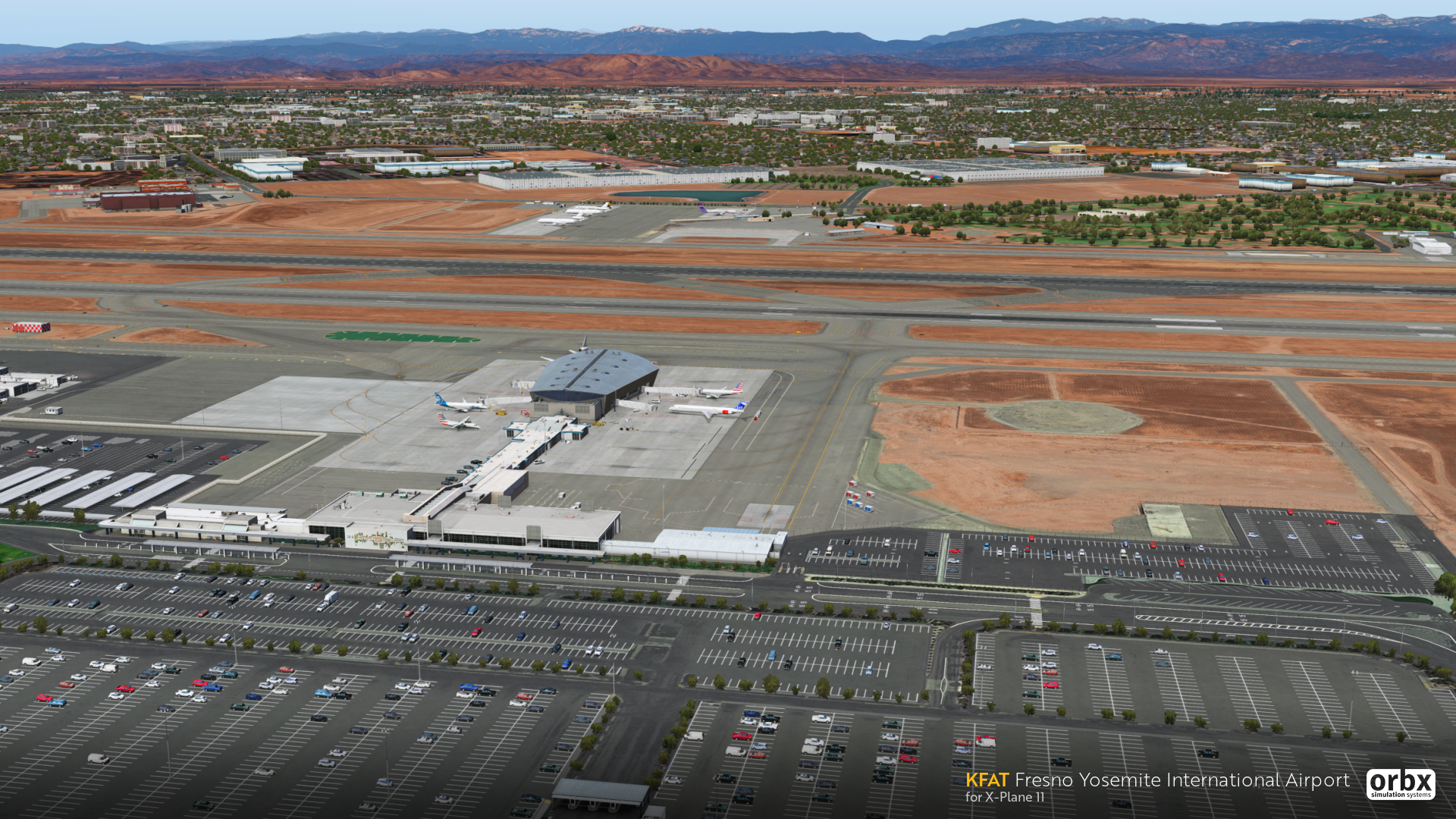 Featuring an impressive level of detail, the airport is the perfect place to experience a variety of piloting opportunities. Take a flight from the airport and fly over the famous Airways Golf Club that sits just north of the dual-runway airport, or take on a helicopter tours around the city.

The airport had its origins as a military airfield in World War Two and is home many government agencies as well as the 144th Fighter Wing of the California Air National Guard. Another critical function operated out of Fresno is the coordination of firefighting aircraft which is managed by the Fresno Air Attack Base located at the airport.