The next landmarks destination from Orbx is Brisbane City Pack for Microsoft Flight Simulator. 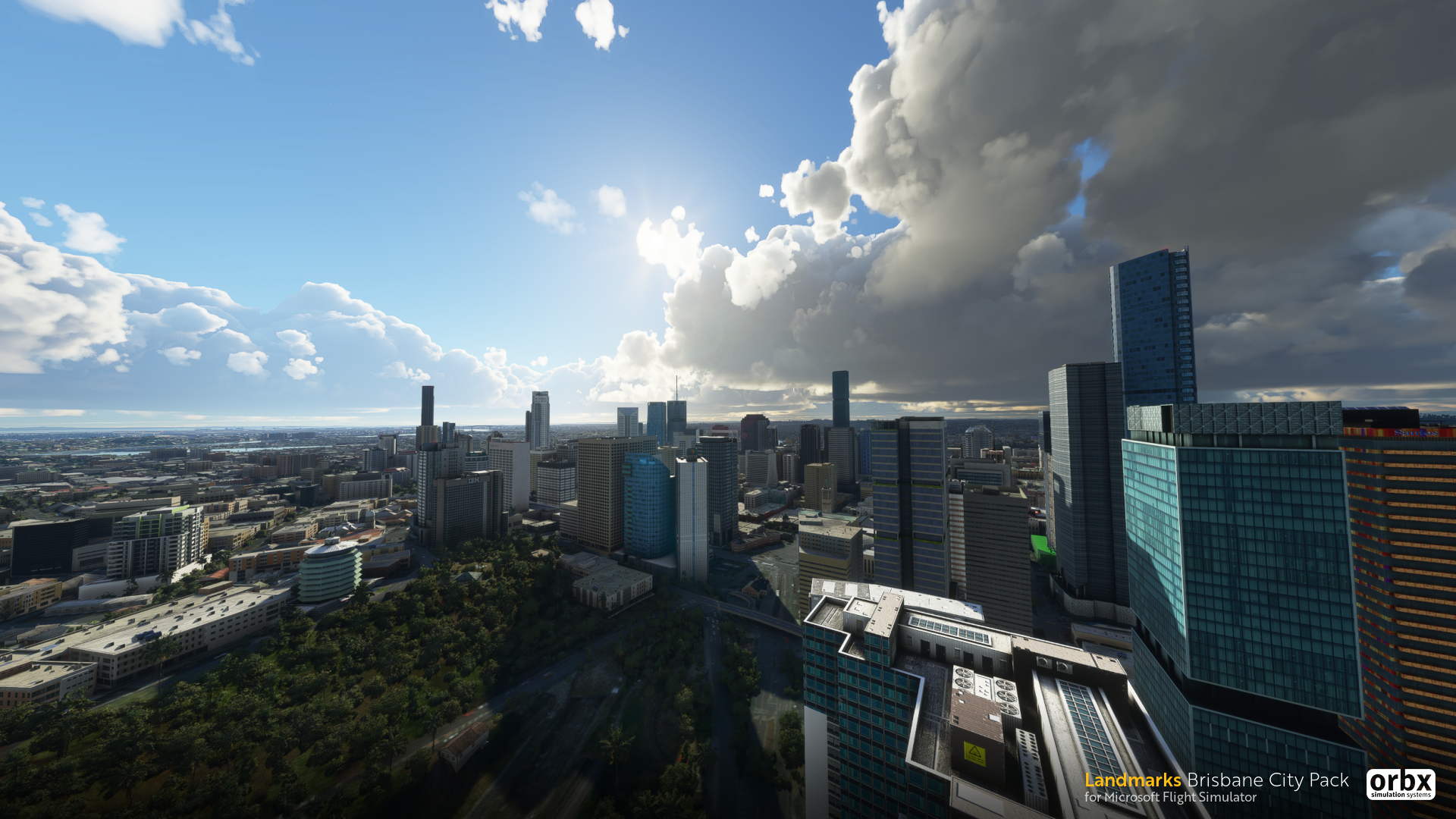 Brisbane is a cosmopolitan hub for arts, culture and a subtropical alfresco lifestyle. The city sees clear blue skies all year round and is a popular tourist destination offering many landmarks and attractions. The TrueEarth team from Orbx, led by flight sim developer, Holger Sandmann, have recreated this global city with carefully selected POIs, custom orthophotos and terraforming refinements to capture the feel and vibes of the city.

The package is designed to maintain a balance of visual detail and performance with carefully selected 125 POIs, including the Story Bridge, Eagle Street Pier and many of the hotels and apartments along the riverbank and CBD. Other highlights include the recently completed Brisbane Skytower (the city's tallest building), Suncorp Stadium and the Gabba for the all the fans of rugby league, AFL and the cricket.