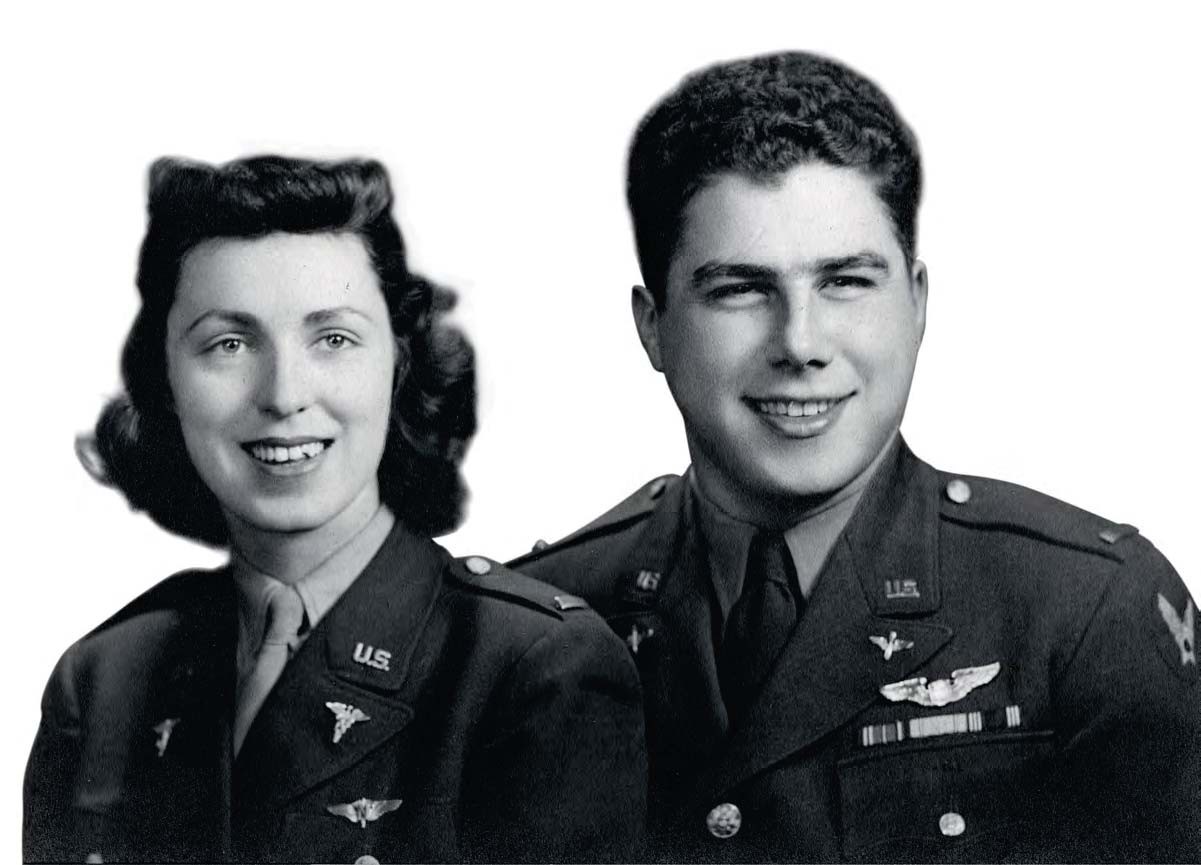 Geraldine ‘Jerry’ Curtis (left) and Vito Pedone, looking smart in their uniforms in 1943.
ALL STEPHEN PEDONE

Late on the eve of D-Day, two young Americans among many were poised for the greatest challenge of their lives. They would have significant roles. One was the co-pilot of the lead Ninth Air Force Pathfinder Troop Carrier C-47, carrying the initial 101st Airborne paratroopers to Normandy Drop Zone ‘A’. The other was a flight nurse in one of these C-47s, preparing to evacuate wounded soldiers back to England. They were almost certainly the only married couple serving in the air in the first week of the invasion. He was Capt Vito Pedone, and she was 1st Lt Geraldine ‘Jerry’ Curtis, both officers in the US Army Air Force. Their tale is one of duty, bravery and determination, but it’s also a love story, which began in 1943 while both were stationed in England.