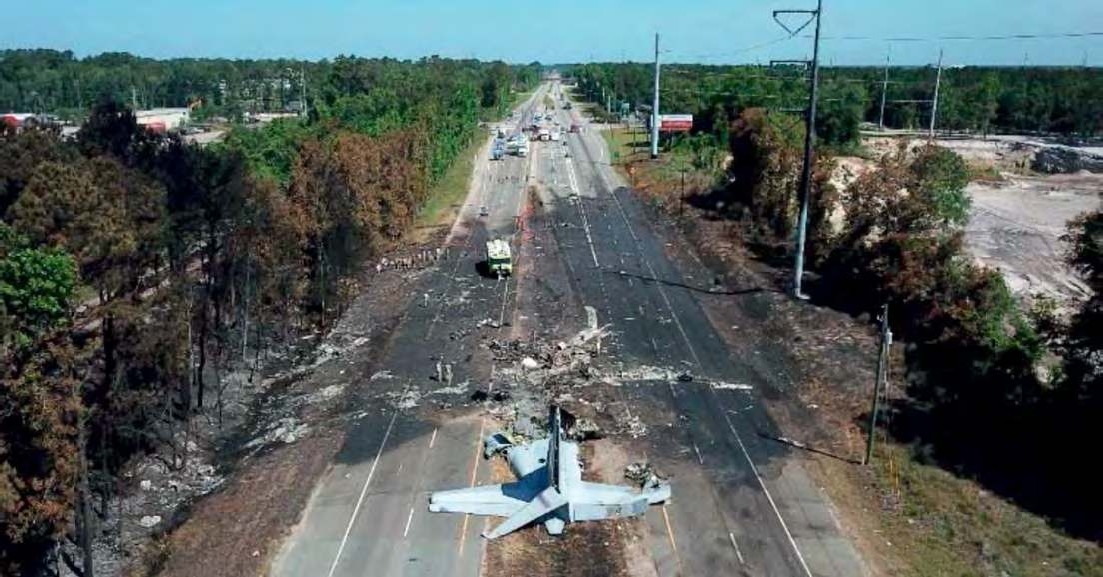 The wreckage of Puerto Rico ANG WC-130H Hercules 65-0968 following its crash on May 2, 2018, on Georgia State Highway 21 near Savannah/Hilton Head International Airport.
USAF