As the world’s fastest helicopter, the Westland Lynx is well-known throughout the aviation world for its agility and manoeuvrability that most notably resulted in it being capable of performing loops and rolls. First introduced in 1978, the aircraft then spent the next 40 years being flown by the Royal Navy and the British Army before being retired from service in 2017 and 2018 respectively. Variants of the helicopter still remain in service with the German and South Korean navies. 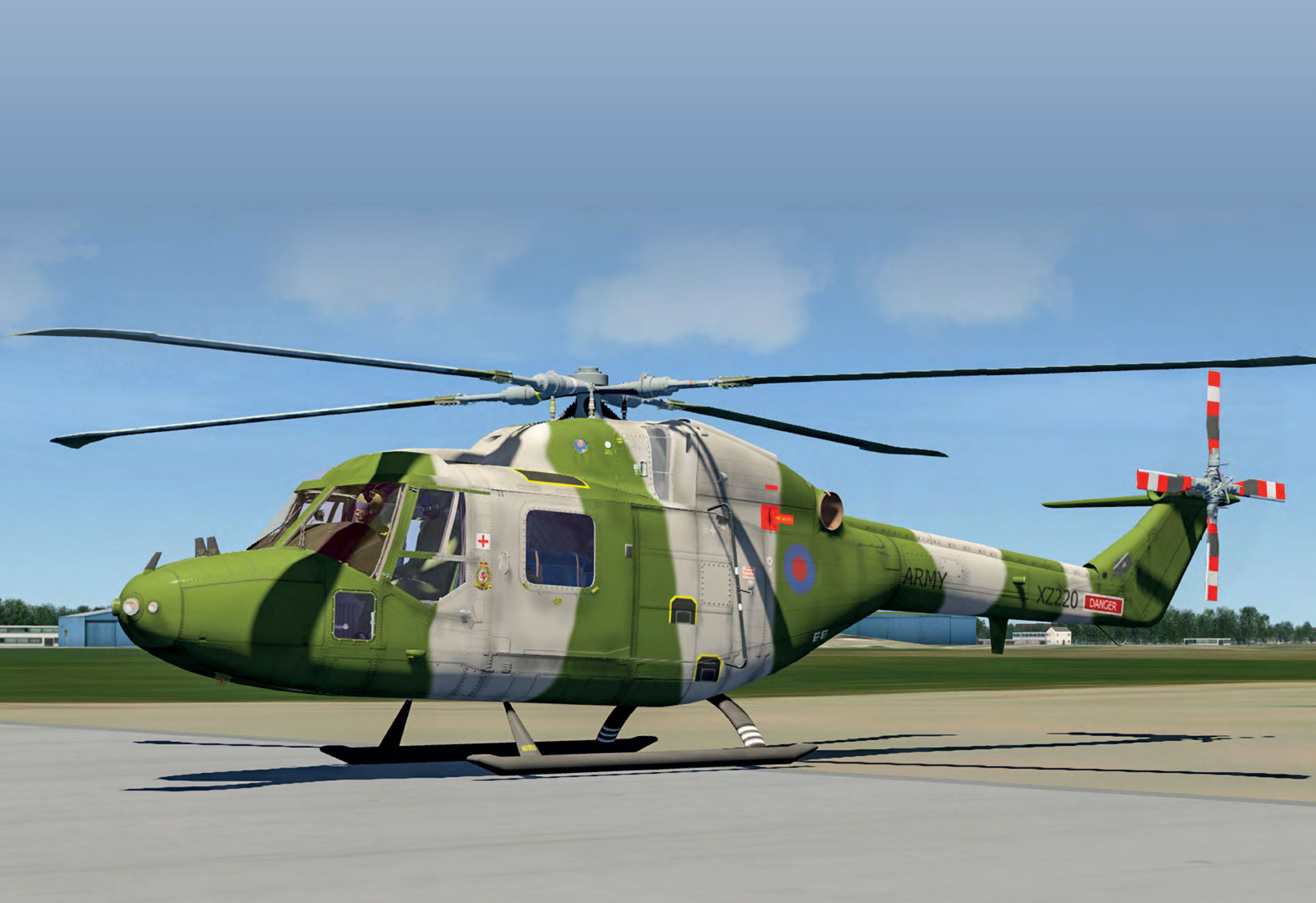 The download comes with two liveries: a light and dark camouflage option.

Fitted with two Rolls-Royce Gem 41-1 engines, the Mk7 was an upgraded variant of the Lynx, which featured a larger composite tail rotor and uprated gearbox as well as the signature rotor blades with boots fitted to the ends. First entering service with the Army in 2009, the variant was retired from service in 2015.