This November marks the second anniversary of the Aero Vodochody L-159 Advanced Light Combat Aircraft’s (ALCA’s) arrival in Iraq. Since then, the Czech-built fighter has proven its qualities to the Iraqi Air Force (IQAF) during a time of great need, as Alan Warnes discovers. 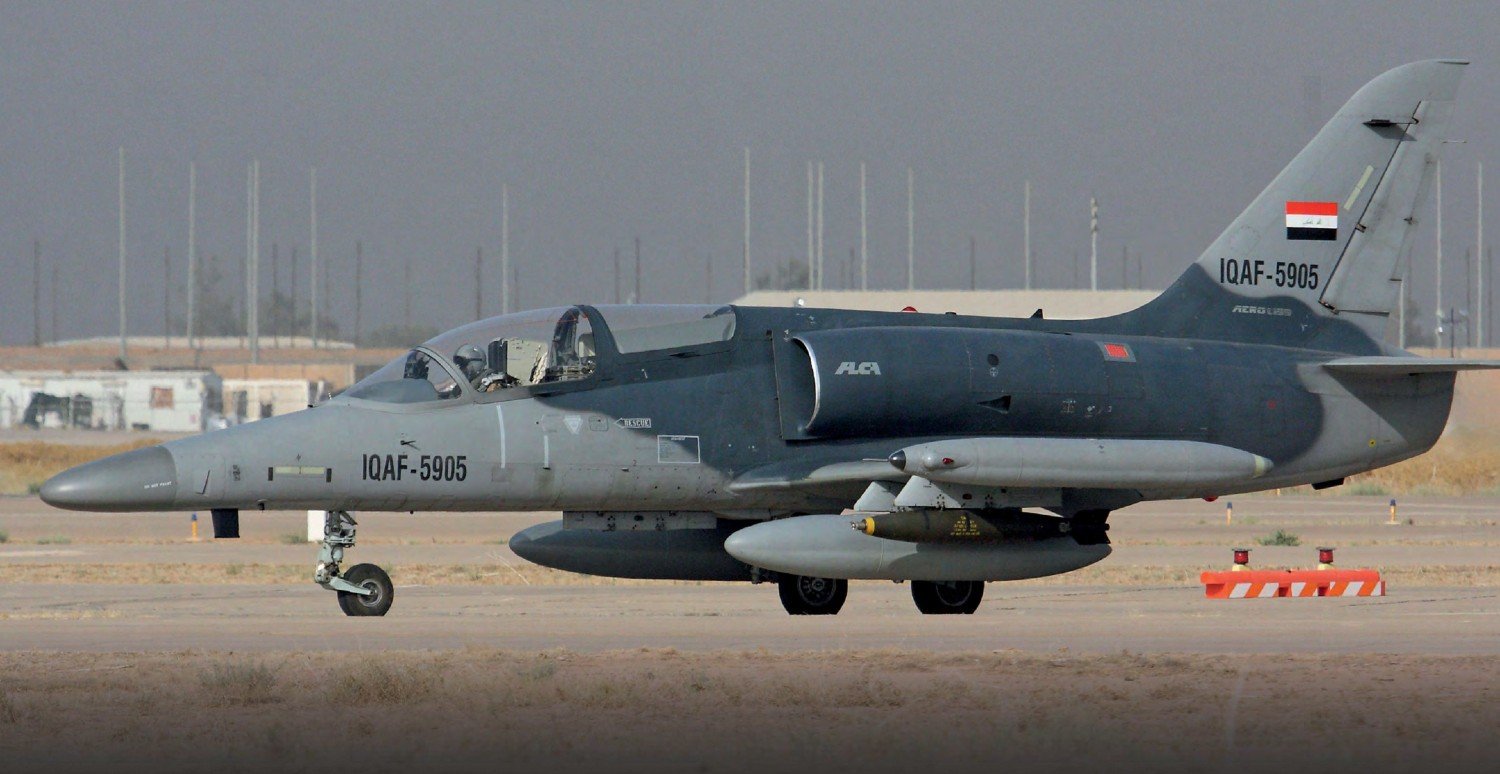 The IQAF’s first L-159 combat mission took place on June 12, 2016 when two jets each loaded with two Mk82 bombs attacked IS targets. All four weapons were delivered successfully. This jet is taxiing out for departure.
Aero Vodochody

“The ALCA has played a major role in defeating Daesh [so-called Islamic State, IS]”, the IQAF chief, General Anwar Hamad Amin, told AFM at his Baghdad headquarters in late September. “They flew as part of our combat force, alongside Cessna 208 Caravans, Su-25s and F-16s, participating in combat missions all over the north and northwest of Iraq, to help liberate places like Fallujah, Ramadi, Rawa, Tal Afar, Nawija and Mosul.”