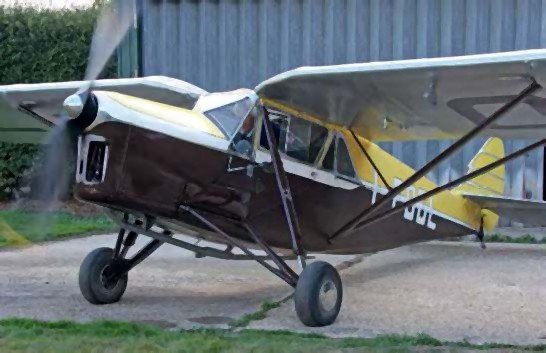 Restorer Tim Williams about to taxi DH80 Puss Moth I-FOGL around outside his hangar at Hungerford, Berkshire on 12 September, prior to dismantling for transportation back to Milan. ADRIAN M. BALCH

Originally delivered to Dr Antonio Foglia at Milan’s Taliedo airfield in May 1931, the machine was donated to the museum in 1956. The long and complex restoration has been made possible thanks to the contribution of the Foglia family, who decided to entrust the work to Puss expert Tim Williams, owner of the second oldest surviving example of the type, G-AAZP (c/n 2047).

Tim comments, “I-FOGL arrived here in Hungerford in 2013 in a very dilapidated state, having been stored very unsympathetically in the museum. With the help of the Foglia family it was brought from the museum and restored by me to as near original in every detail as possible.

“It had never been restored or modified since it left de Havilland’s factory in 1931 and has only 300 hours total time in the logbook. It has been restored to flying condition but it was not certified to fly since it is still on the Italian register. I started the engine on 12 September and carried out taxi trials. It was wonderful that the grandson and great-grandsons of Antonio Foglia had the opportunity to taxi around my field at Hungerford. The engine was then inhibited and the aircraft dismantled on 2 October before being taken by road back to Milan.”