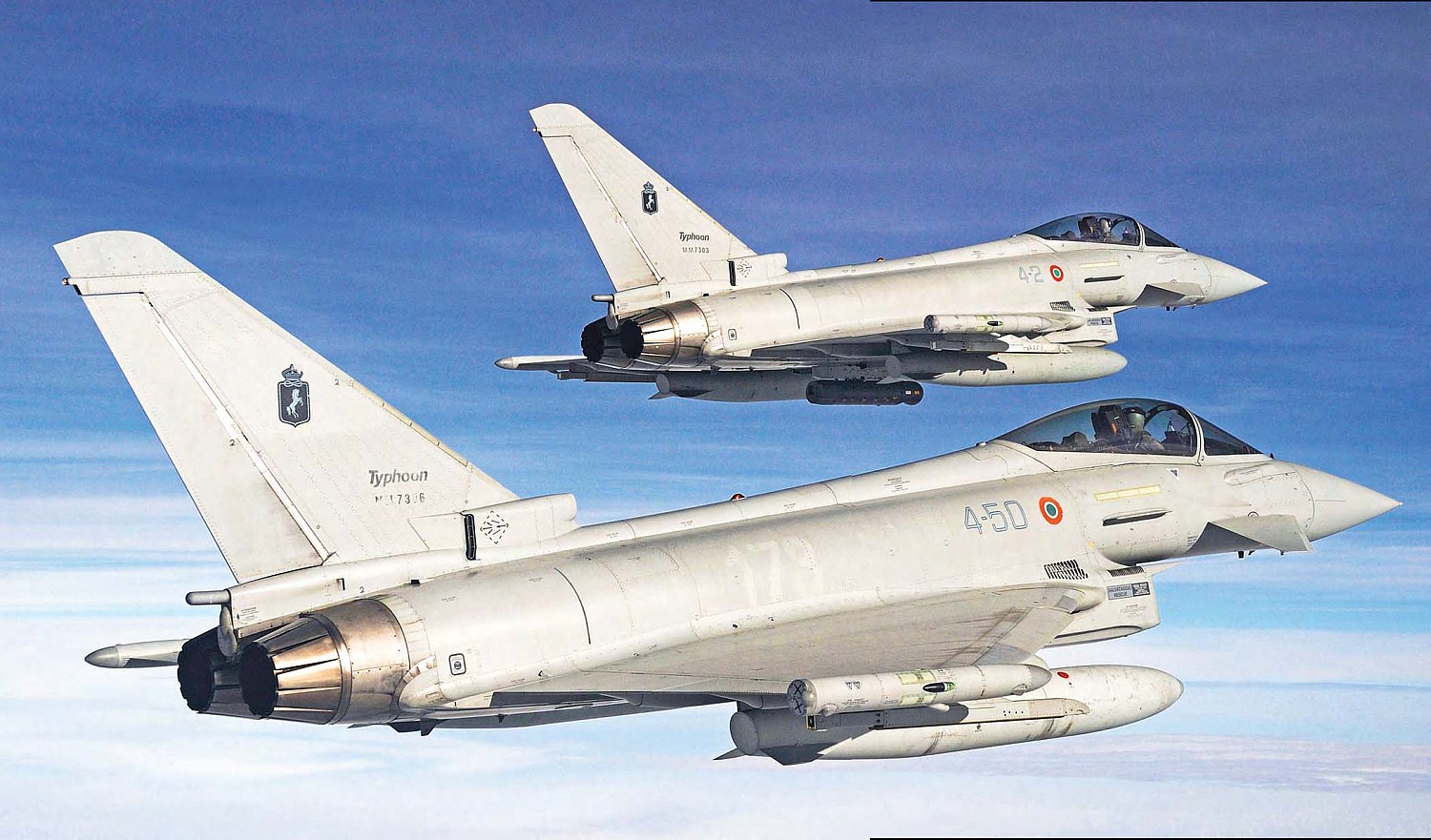 A pair of 4° Stormo Eurofighters transits to the operating area for some 2-v-4 action. The lead aircraft carries a Litening targeting pod.

ITALIAN EUROFIGHTERS AND the three air force fighter wings that fly them are all about defending home soil. Based at Grosseto on the Italian west coast, the 4° Stormo of the Aeronautica Militare (AM, Italian Air Force) is a Eurofighter Typhoon operator alongside the 36° Stormo at Gioia del Colle and the 37° Stormo at Trapani. The 4° Stormo wing construct includes a pair of fighter squadrons. The operational element of this is IX Gruppo, while the wing’s 20° Gruppo is the AM’s operational conversion unit (OCU) for the type, training all flying personnel destined to operate the F-2000, as the Typhoon is locally known.