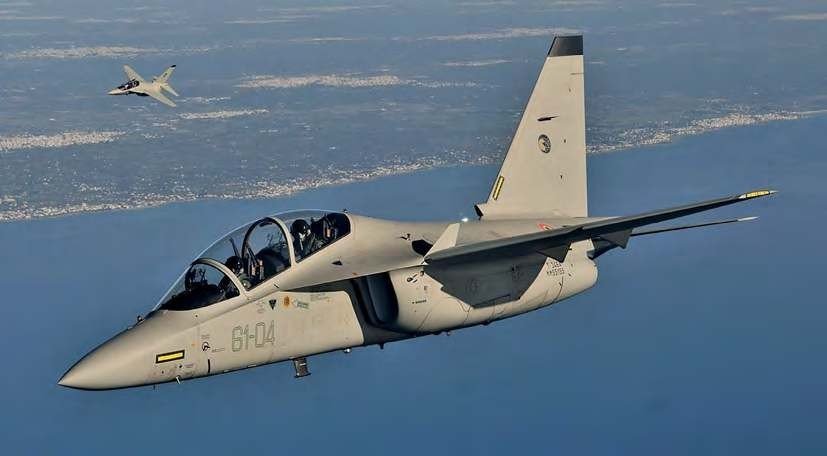 THE AERONAUTICA Militare (Italian Air Force) and Leonardo moved a step ahead in improving the integration and cooperation between the military and related defence contractors, with the aim of developing the military training sector, and the training of the Aeronautica Militare. In a conference at the Farnborough International Airshow, on July 17, Italian Chief of the Air Staf, General Enzo Vecciarelli, and the Leonardo CEO, Alessandro Profumo, introduced the new project, in the presence of the new Italian Minister of Defence, Ms Elisabetta Trenta. During the conference, they signed a collaborative agreement that will strengthen the training services already ofered by the Aeronautica Militare’s 61° Stormo and will establish an all new International Flight Training School (IFTS) to support military pilot training.

The IFTS will ensure further growth of the Aeronautica Militare’s training school and increase its capabilities and the range of pilot training solutions ofered to customers.

The new project, which will start in 2019, merges the advanced military training expertise of the Aeronautica Militare and four additional M-346 trainers supplied by Leonardo (they will remain the property of Leonardo), new systems and services. The IFTS will be able to deliver courses for Aeronautica Militare and international aircrew, fulfilling the training requirements for military pilots from around the world. If the project develops well, it is quite probable that more M-346s will be added to the inventory of 61° Stormo. 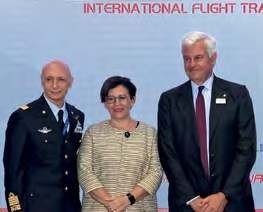 According to General Vecciarelli: “In the future there will be a huge worldwide demand for new pilots from civil aviation, and it’s highly probable that most of them will come from air forces.”

The Aeronautica Militare already trains pilots from several countries, and IFTS customers could be those countries such as Austria, Greece and Poland, as well as from African, Middle East and Gulf countries.

Access to the IFTS will be established with bilateral agreements between the Aeronautica Militare and the interested foreign air force. The IFTS will be managed by Italian instructor pilots, but instructors will also come from other countries. The project’s initial flight training operations will start with the M-346 aircraft, but will be developed by adding a basic jet training phase, with the new M-345, and will probably also include helicopter training, which today is carried out by 72° Stormo based at Frosinone.

The Aeronautica Militare’s entire advanced and pre-operational training syllabus will be moved to a new, dedicated facility, at Lecce Air Base by 2021, when training operations will start.

It is possible, that in the future the most advanced part of training will be moved to a second base, yet to be selected.

The Aeronautica Militare expects the IFTS project to be at full capability (on the M-346) by 2020-2021, when a 50% increase in the number of foreign student pilots is forecast.

In order to maximize the success of the initiative, Leonardo has been in discussions with Babcock International Group Plc and CAE, leading solution providers in the flight training sector, with the aim to reinforce IFTS capabilities.

Alessandro Profumo, Leonardo’s CEO, said: “As recently announced in our industrial plan, and thanks to the agreement with the Aeronautica Militare, we’re officially entering the fighter pilot training service business. The International Flight Training School is based on a solid collaboration programme between Leonardo and the Aeronautica Militare and the resulting operational synergies will allow us to seize new market opportunities and develop international collaboration. We plan to extend this business model to cover training across fixed wing, rotary-wing and remotely piloted platforms.”

Aeronautica Militare Chief of Staff, Lieutenant General Enzo Vecciarelli, said: “This initiative is the result of our desire to join two national champions to generate synergies for the benefit of the nation. The Aeronautica Militare will strengthen its commitment in the advanced training field, developing a new cooperation model with Leonardo. The ongoing training programmes will benefit from new resources, including new trainers provided by Leonardo at no additional cost to the Air Force. This will maximize the quality of our military training pilots, who will fly fourth and fifth-generation fighters. It will also meet the growing demand for training services from international partners”.

The Aeronautica Militare’s advanced training syllabus, based around Leonardo’s integrated training system, has already been demonstrated to be modular and versatile among pilots of several nations and meeting the needs of different air forces. The syllabus meets the requirements of air forces whose trainees have undertaken training modules for fourth and fifth generation fighters with 61° Stormo at Lecce Air Base. Leonardo’s integrated training system is based on the M-346 jet, designated the T-346A by the Aeronautica Militare. This aircraft trains pilots and instructors from Italy and nations including Argentina, Austria, France, Greece, Kuwait, the Netherlands, Poland, Singapore, Spain and the United States.

Operational training, carried out by the Aeronautica Militare with the T-346A, prepares pilots for transition to the latest-generation combat aircraft including the Eurofighter and the F-35 Lightning II. Lecce Air Base is also equipped with live virtual- constructive (LVC) training systems, including advanced CAE built M-346 full-mission simulators. Leonardo’s LVC enables trainees on the ground to interact with pilots lying real aircraft, during the same training mission.