Europe’s sole airworthy Yale has flown very little since returning to flight in 2006. Darren Harbar tells us how its new owner plans to change that 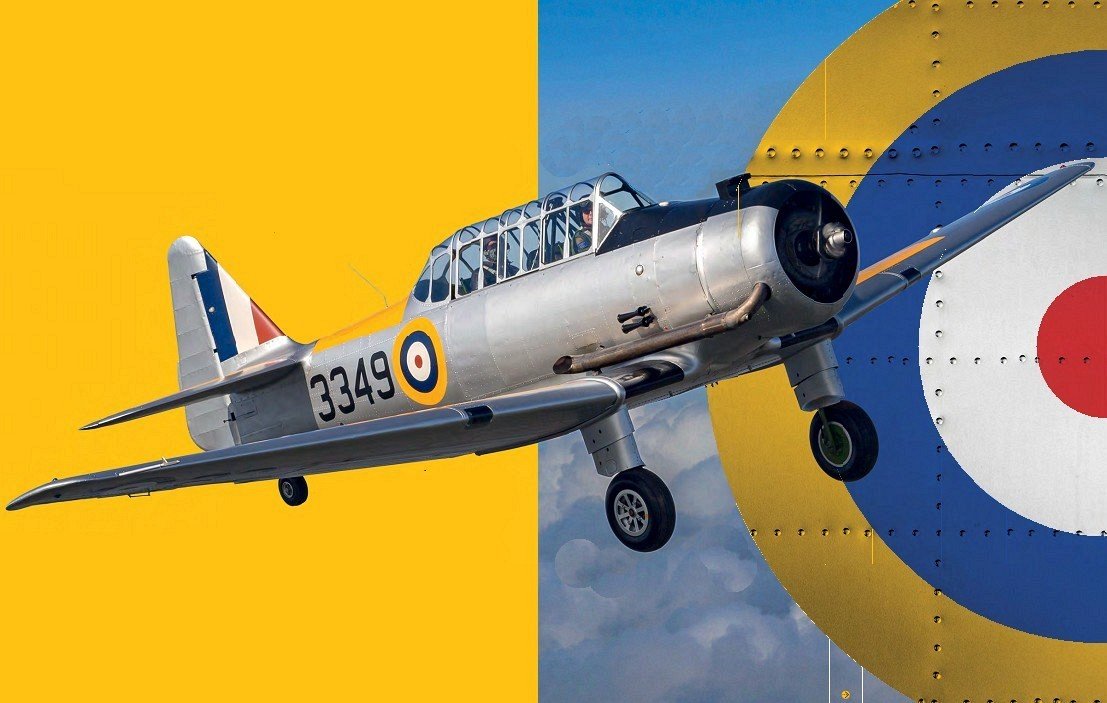 High above Cambridgeshire, 3349 displays the colours it wore when first serving with 1 Service Flying Training School in Canada. ALL DARREN HARBAR UNLESS STATED

At first glance, the NA-64 looks like a T-6 Harvard or Texan. In fact, it’s the ‘cousin’ to the more common retractable-gear trainer with both sharing a common ancestor – North American’s NA-16. Fitted with a 450hp Wright R-975 Whirlwind radial engine and two-stage propeller, the NA-64 wasn’t the most dynamic performer given its drag-inducing fixed undercarriage and earlier BT-9 style outer wing. Originally built for the French Armée de l’Air and Aéronavale in early 1940, in batches of 200 and 30 examples respectively, the type became known as the Nord (North). The French designated it the NAA-64-P2 (abbreviated from North American Aviation Model 64, advanced trainer, two seats).