Japan Air Self-Defense Force (JASDF) Phantoms have been protecting the nation’s airspace and serving as a deterrent force from the early 1970s. Even as they count down to retirement, they are still flying to protect Japan alongside their successor, the Lockheed Martin F-35A Lightning II, writes Midori Fukakusa 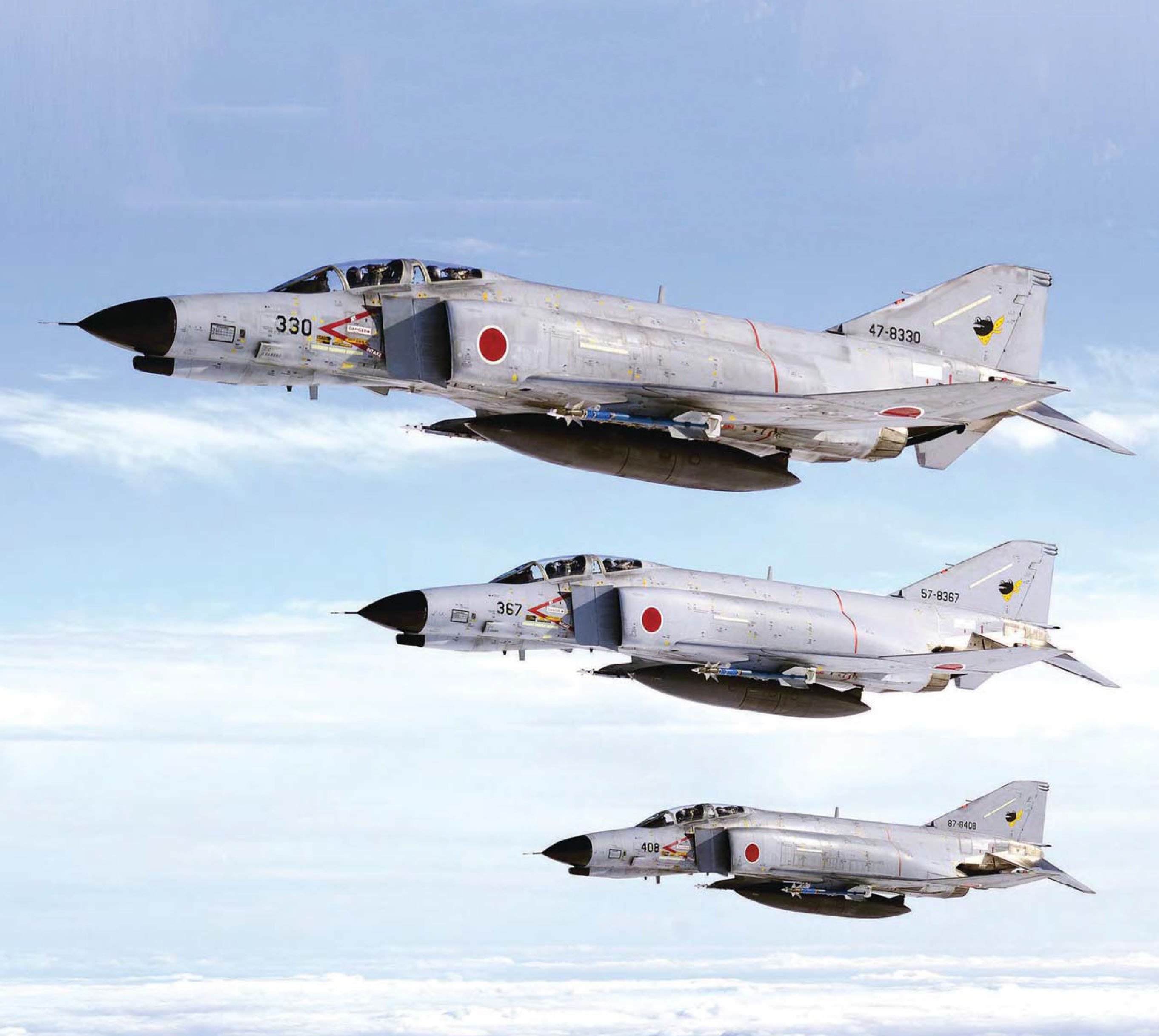 A trio of JASDF Phantoms of 301 Hikotai armed with AIM-9 Sidewinders. The five stars on the frog’s scarf signify assignment to 5 Kokudan (Wing) at Hyakuri, to where the squadron moved in 2016.
JASDF