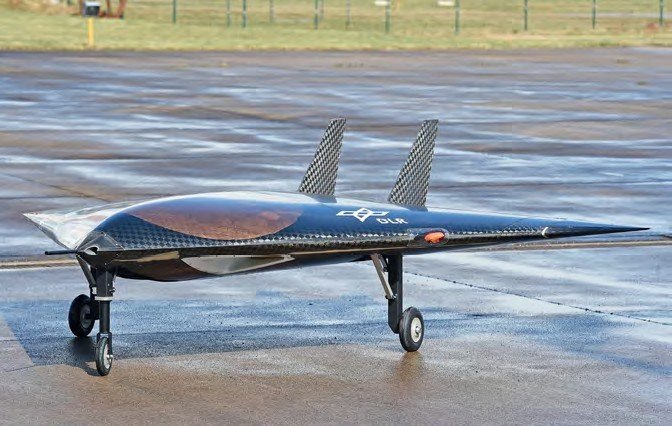 The SAGITTA demonstrator has been produced to acquire information on new technologies that could go into future unmanned systems.
Airbus

The SAGITTA initiative, launched in 2010, involves Airbus working with the Deutschen Zentrums für Luft- und Raumfahrt (DLR or German Aerospace Centre) and several technical universities in Germany to use approaches developed in academic and industrial research to acquire information on new technologies that could go into future unmanned systems.

SAGITTA is made entirely from carbon fibre composites, measures 3 x 3m (9.8 x 9.8ft), is powered by two jet turbines each rated at 0.3kN (67lb) and has a 150kg (330lb) maximum take-off weight. Apart from the brakes, the aircraft is controlled by electromechanical actuators rather than hydraulic components. The DLR contributed most of the critical flight systems, including the retractable landing gear, the electrical power supply and cables, control surface actuators and the fuel system. Mark Broadbent