JSTARS Recapitalisation: On Course to an Uncertain Future?

The US Air Force has identified the recapitalisation of its 16-aircraft E-8C JSTARS (Joint Standoff Target Attack Radar System) fleet as one of its top five force modernisation priorities.

This programme is currently in the source selection process that will identify one of three competing teams, each offering a different twin-engine aircraft, to go into the engineering and manufacturing development (EMD) phase.

The new aircraft would replace the current Northrop Grumman E-8C JSTARS, converted Boeing 707-320 airliners, and be equipped with upgraded ground moving target indicator (GMTI) radars and BM/C4I (battle management, command, control, communications, computers, integration) systems. However, the US Air Force might now be more interested in replacing the E-8Cs not with a new airplane, but rather with a network tying together multiple manned and unmanned platforms.

Three teams are competing for JSTARS recapitalisation: the Boeing team with the Boeing Business Jet (BBJ, a 737- 700 derivative), the Lockheed Martin, Raytheon and Sierra Nevada team with the Bombardier Global 6000 (the same type currently in US Air Force service as the E-11 communications relay aircraft), and the Northrop Grumman and L3 Technologies team with the Gulfstream Aerospace (a division of General Dynamics) G550 (the same aircraft selected to meet the EC-X requirement).

All three competitors have received developmental and risk-reduction funding as part of the current EMD phase (started in 2016) and pre-EMD risk reduction. Northrop Grumman and Raytheon have both developed improved radar and sensors that could be integrated on any of the competing designs. The Boeing design’s Raytheon Archimedes radar is reportedly based on the Raytheon APS-154 Advanced Airborne Sensor used by the P-8A Poseidon. Selection of a winning team for JSTARS recapitalisation will take place in March 2018. Initial operational capability with the new aircraft is planned for the end of fiscal FY2024 and full operational capability in FY2028.

The US Air Force’s request for proposals in December 2016 for JSTARS recapitalisation, including selecting a new twin-engine business jet aircraft as the E-8C replacement, was driven by a series of studies. These included an analysis of alternatives (AoA) in 2011 that looked at alternatives to the new JSTARS, such as extending the service life of the E-8Cs or migrating the JSTARS’ capability to a constellation of satellites. However, a new AoA planned for next year on Advanced Battle Management Systems could point to a major course correction in the future of JSTARS.

Air Combat Command (ACC) Commander General Mike Holmes said in Washington on September 18 this AoA would “talk about looking at options, that we could tie together, that would give us an interim capability to get GMTI while we made the jump away from JSTARS to a networked multi-platform ISR architecture”.

He asked: “How long should we continue to fund a GMTI capability on an integrated platform with sensors and air battle managers? How much of the threat environment will allow us to do that? Or could we take all the sensors in the joint force and tie them together? Can we do that in an incremental way to provide capabilities as we go forward? We are talking about some options. We have not changed anything, [JSTARS recapitalisation] source selection continues in the programme office. The result will be announced in March 2018, still on schedule. If the national decision is made to recapitalise [JSTARS], the acquisition strategy we are using is the right way to do that … The question is whether [recapitalisation] is the right thing to do or not. If it is the right thing to do, source selection is on track.”

The US Air Force has been required to stay on schedule for source selection by the language used in the FY2017 omnibus spending bill, signed into law on May 5, barring the source selection process from expending any funds after March 2018.

It is possible – indeed, likely – that the FY2019 budget request, due to be submitted to Congress early next year, may cancel the current programme. The US Air Force is less enthusiastic about buying a new JSTARS aircraft today than it was a year ago.

Reasons for a reassessment

For the US Air Force, investing in capabilities rather than aircraft would be consistent with the emphasis on networked systems throughout the service. This has led to a reassessment of whether JSTARS recapitalisation investment should be in a new aircraft or in new networked capabilities that can produce the same sort of ISR and BM/C4I effects.

Money has not been cited as a reason for reassessing JSTARS recapitalisation by the Air Force leadership. It remains, like a proverbial 800-pound gorilla in the room, unmentioned but impossible to ignore. The bow wave of aircraft procurement spending is here, with other aircraft procurement programmes looking for more money to increase or start production at the same time as the new JSTARS would be procured. A networked option would not compete for scarce aircraft procurement dollars. 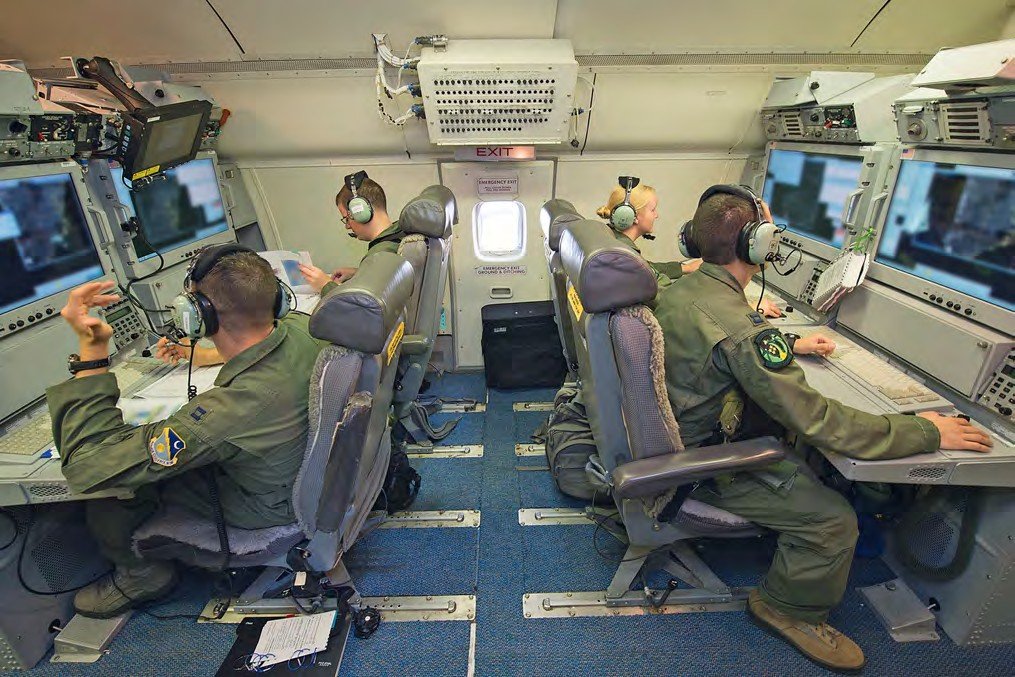 Air battle managers at their work stations aboard an E-8C JSTARS aircraft.
US Air Force

The US Air Force has time to come up with an interim networked capability. The E-8C fleet, though troubled, is not about to fall from the sky. Inspections of E-8Cs show that they could operate until 2030. To keep these aircraft operational until then, Northrop Grumman announced on August 29 that it would upgrade the aircraft’s central computers. A road map document, prepared with the Air Force, will set out how current aircraft can be kept operational to 2030. Speaking at the Air Force Association convention in National Harbor, Maryland, on September 18, Commander, Air Force Materiel Command, General Ellen Pawlikowski, said: “Now we know that the airframes are not falling off the cliff in a couple of years, we have to do the analysis to ensure we know what needs to be done and when.”

However, overhauls and maintenance for E-8Cs remain lengthy and costly. Parts are difficult to obtain for the ageing aircraft. About six of the 16 E-8Cs are in depotlevel maintenance at Northrop Grumman’s Lake Charles, Louisiana facility at any time. The Government Accountability Office published a report this year that said, despite $1.1 billion spent on the programme between 2011 and 2015, overhauls have become neither quicker, nor less expensive, or less frequent.

Vulnerability of a JSTARS replacement against a near-peer adversary, especially an anti-access/area denial threat, ten or more years from now, is a concern. Russia is working on a 500km (270-nautical mile) range surface-to-air missile (SAM), the S-500. It is possible that a 600km (325 -nautical mile) range SAM will be in service in Russia or China by 2030. How JSTARS would be able to carry out its mission in a future conflict until such a SAM threat is defeated is uncertain.

What would a network put in place by 2030 instead of a new JSTARS look like? It would link penetrating and non-penetrating air-breathing sensors. The penetrating sensors would probably primarily be those on F-35s or UAVs. Non-penetrating sensors would include an interim GMTI platform, most likely Northrop Grumman Block 40 RQ-4A Global Hawks and, potentially, a new high-altitude ISR platform. The battle management function carried out by the mission crew in the E-8C would move to a combined air operations centre (CAOC). Such a network would include other US services; the US Navy is looking at its F-35C Lightning IIs in the penetrating sensor platform role, and its MQ-25 Stingray carrierbased UAV or US Marine Corps Boeing-Bell MV-22B Ospreys with podded sensors could contribute to the standoff ISR mission.

A network would have vulnerabilities of its own against advanced cyber and electronic warfare threats, as well as large numbers of surface-to-surface missiles capable of targeting both CAOCs and the air bases where aircraft, such as F-35s, being used for ISR would have to be based. Two questions remain: would a terrestrial centralised BM/C4I function in place of a JSTARS be able to understand and disseminate information in the highly demanding timeframes required to fight a near-peer competitor, and would its networked links and manned and unmanned platforms be survivable?

Boeing and Bombardier both viewed the JSTARS recapitalisation as an opportunity to leverage a win for their respective design to replace a broad range of four-engine jets and turboprops in US military service. This motivated both firms to file official protests in 2016 with the Government Accountability Office when ACC decided to meet the EC-X requirement by replacing its aging Lockheed EC-130H Compass Calls, a modified Hercules turboprop transport airframe equipped with electronic attack systems designed to disrupt enemy command, control and communications. It planned to do this by cross-decking the mission systems into modified G550 airframes, designated EC-37Bs.

For ACC, the Gulfstream G550 was the obvious choice, so it did not hold a competition. Its selection enabled ACC to use development that had already been carried out for G550s modified for EW missions, ordered by Italy and Israel. For Boeing and Bombardier, this action undercut their push to have their respective design adopted throughout the US military and would set a precedent for use of the G550. 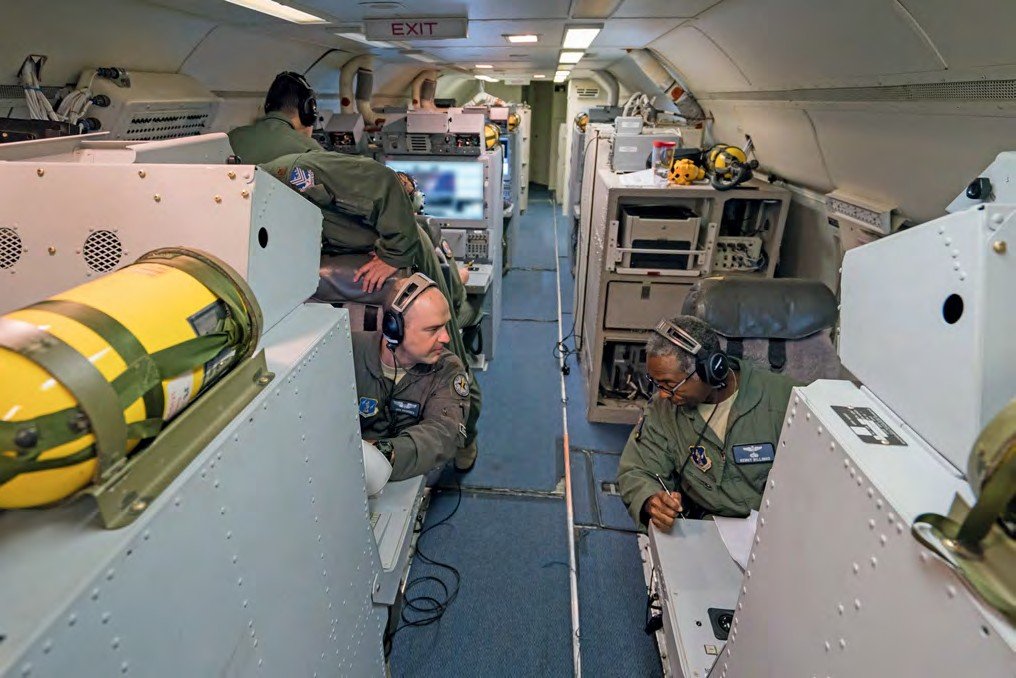 On August 28, the Government Accountability Office announced it had turned down the Boeing and Bombardier protests. On September 14, the US Air Force announced cross-decking was going ahead, with L3 Communications as the prime contractor, which, under the terms of its contract, had been allowed to select the type of airframe it would use: the EC-37B. The first EC-37B is expected to be completed in FY2021. However, Congress could force the Air Force to revisit the entire issue.

All three of the competing teams can be expected to try and mobilise their political allies to keep JSTARS recapitalisation alive. That is why the style of language inserted in the omnibus spending bill earlier this year was to ensure the Air Force picks a winner by March 2018. The winner will fight hard to keep recapitalisation on course.

A congressional delegation from Georgia, where the current JSTARS fleet has its home base, sent a letter to Secretary of Defense Jim Mattis expressing support for recapitalisation. The Senate version of the FY2018 Defense Authorisation Bill has had language inserted into it that would prohibit the use of funds to cancel the JSTARS recapitalisation programme or retire the current fleet unless the Secretary of Defense were to certify there would be no capability gap as a result. While it is uncertain whether this will be signed into law, it shows there is likely to be congressional opposition to replacing today’s E-8Cs with a distributed and survivable networked capability by 2030 (as seems, increasingly, to be the Air Force’s preference) rather than with a more advanced, airplane in FY2024-2028. 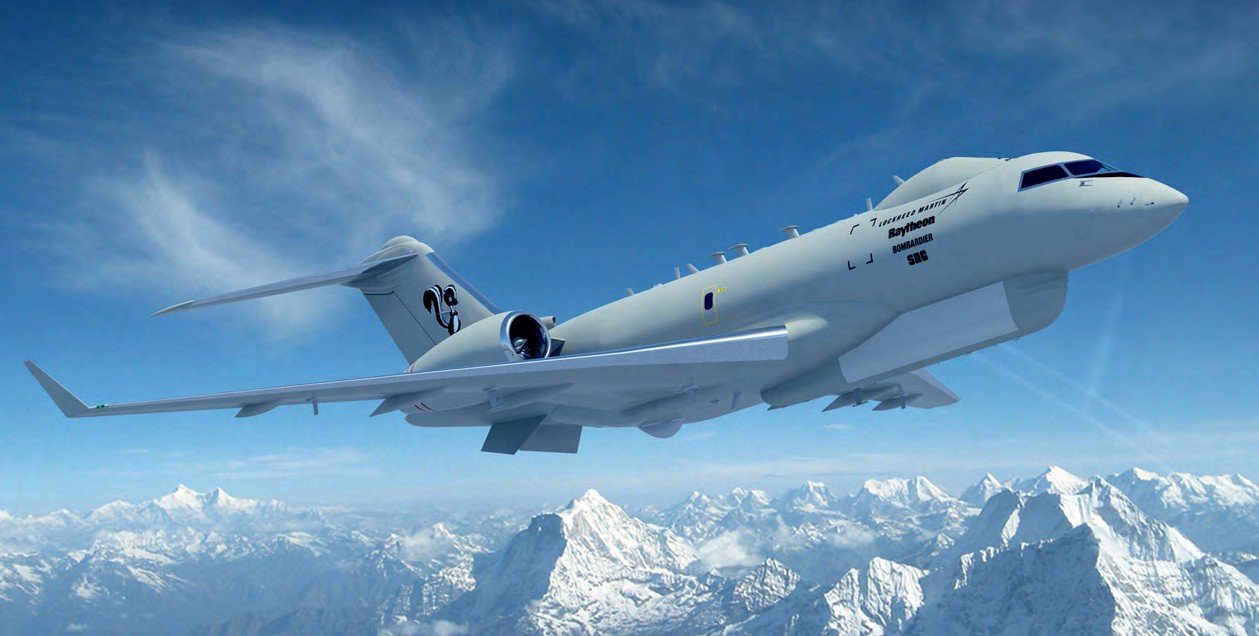