Jumbo Generations: 50 Years of the Boeing 747 at Heathrow

Since the first Pan Am 747 landed at Heathrow on January 12, 1970, the iconic Jumbo has been a constant presence at the London airport. Aviation News presents a showcase of some of the many airlines and 747 variants that have graced the capital’s main airport over the last 50 years. 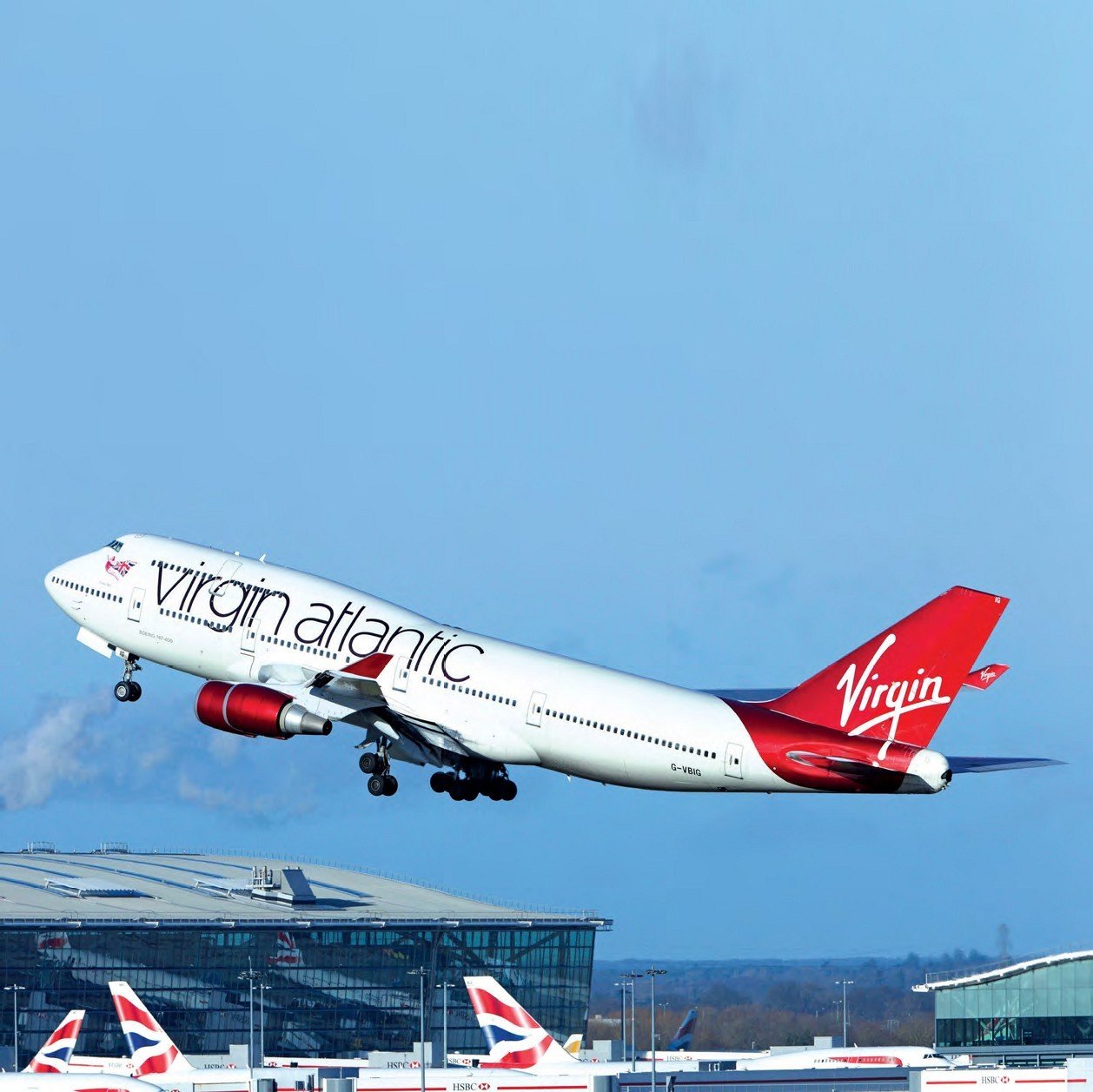 Virgin Atlantic’s remaining 747-400s are now used on leisure routes such as Gatwick-Orlando, but were Heathrow stalwarts until a few years ago. With Terminal 5 in the background, G-VBIG departs to the west in January 2013. AirTeamImages.com/SteveFlint

The first Boeing 747, N735PA, landing at Heathrow on January 12, 1970 with 300 Pan Am employees aboard. The inaugural service with fare-paying passengers, operated by N736PA, flew in from New York/JFK on January 22 that year. Getty/Mirrorpix

BOAC’s first 747 service was flown on April 14, 1971 from London to New York with -100 G-AWNF. Sister ship ‘NE is pictured at the airport in October 1979. AirTeamImages.com/CarlFord

A South African Airways 747- 200B at Heathrow in July 1977. The airline would also operate the much rarer 747SPs as well as -400s into the airport before retiring its last Jumbo in 2007.
AirTeamImages.com/CarlFord

Aerolíneas Argentinas Boeing 747-200, LV-OPA, taxiing at Heathrow on the northern side of the airport. For many years the airline operated a twice-weekly Buenos Aires-Madrid-London service. Bob O’Brien Collection

From March 1970, TWA flew its 747s from London to cities including Boston, New York, Chicago and Los Angeles until it sold its Heathrow routes to United in 1991. The airline made its last flight from Heathrow to New York on July 1 that year, but continued to serve St Louis from Gatwick until 2000. Bob O’Brien Collection

The windows give away this Flying Tigers 747- 100 freighter as a converted passenger aircraft, and the registration N901PA points to its previous owner, Pan Am. Bob O’Brien Collection

By 1995, Air-India was flying 12 747 flights weekly to Mumbai and Delhi. The flights from Delhi carried on to New York or Toronto. AirTeamImages.com/CarlFord

In the mid-1990s, Air Namibia was flying three times a week from Windhoek to Heathrow via Frankfurt using 747SPs. Bob O’Brien Collection

Iraqi Airways flew a weekly London-Baghdad service with its two 747-200 Combis. This came to an end with the invasion of Kuwait in 1990. Richard Vandervord

Only 81 747-300s were built and only a few airlines – including Qantas, Singapore, Saudia and Varig – operated them. By the early 1990s, the latter carrier was flying a twice-weekly service to Riyadh with this 747 variant. AirTeamImages.com/CarlFord

Brazilian carrier Varig’s Jumbos, including its -300 PPVOA, were retired in 2000 and replaced on the Heathrow route by MD-11s until the airline ceased operating in 2006. Bob O’Brien Collection

Both of Japan Air Lines’ daily Heathrow services – to Tokyo and Osaka – were operated by 747-400s in 2004 when JA8919 was pictured on approach to the London airport. AirTeamImages.com/SteveFlint 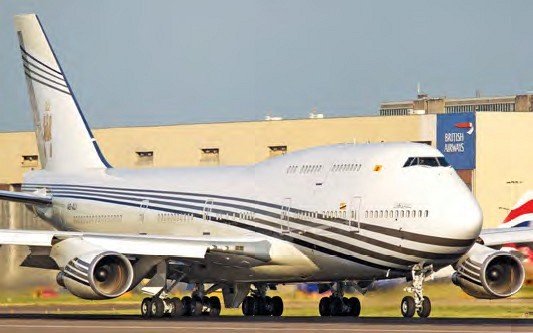 With 747s being phased out of airline service, a few have been picked up for use as private jets, including the Brunei government-owned V8-ALI, an ex-Lufthansa 747-400, pictured in June 2014. AirTeamImages.com/DarrylMorrell 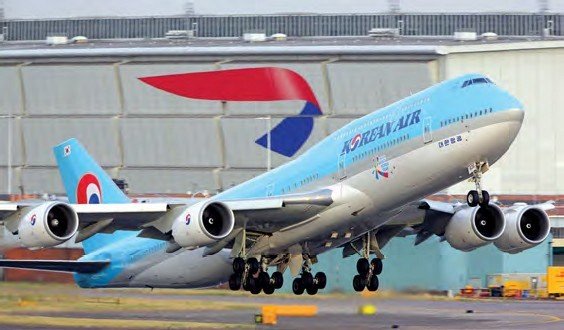 Together with the 747-8F, the 747-8I Intercontinental is the final new version of the Jumbo. Korean Air is the only operator to fly regular 747-8 passenger services from Heathrow, also using A380s and 777s between London and Seoul. AirTeamImages.com/ArtyomAnikeev

Cathay Pacific Cargo 747-8F leaves a swirl of tyre smoke as it touches down in August 2019. Although the era of the 747 is passing, they will be seen at Heathrow for some years to come. AirTeamImages.com/AirOps1