Yissachar Ruas reports from Palanquero air base as AFM flies with the upgraded Kfir fighters of the Colombian Air Force’s Escuadrón de Combate 111. 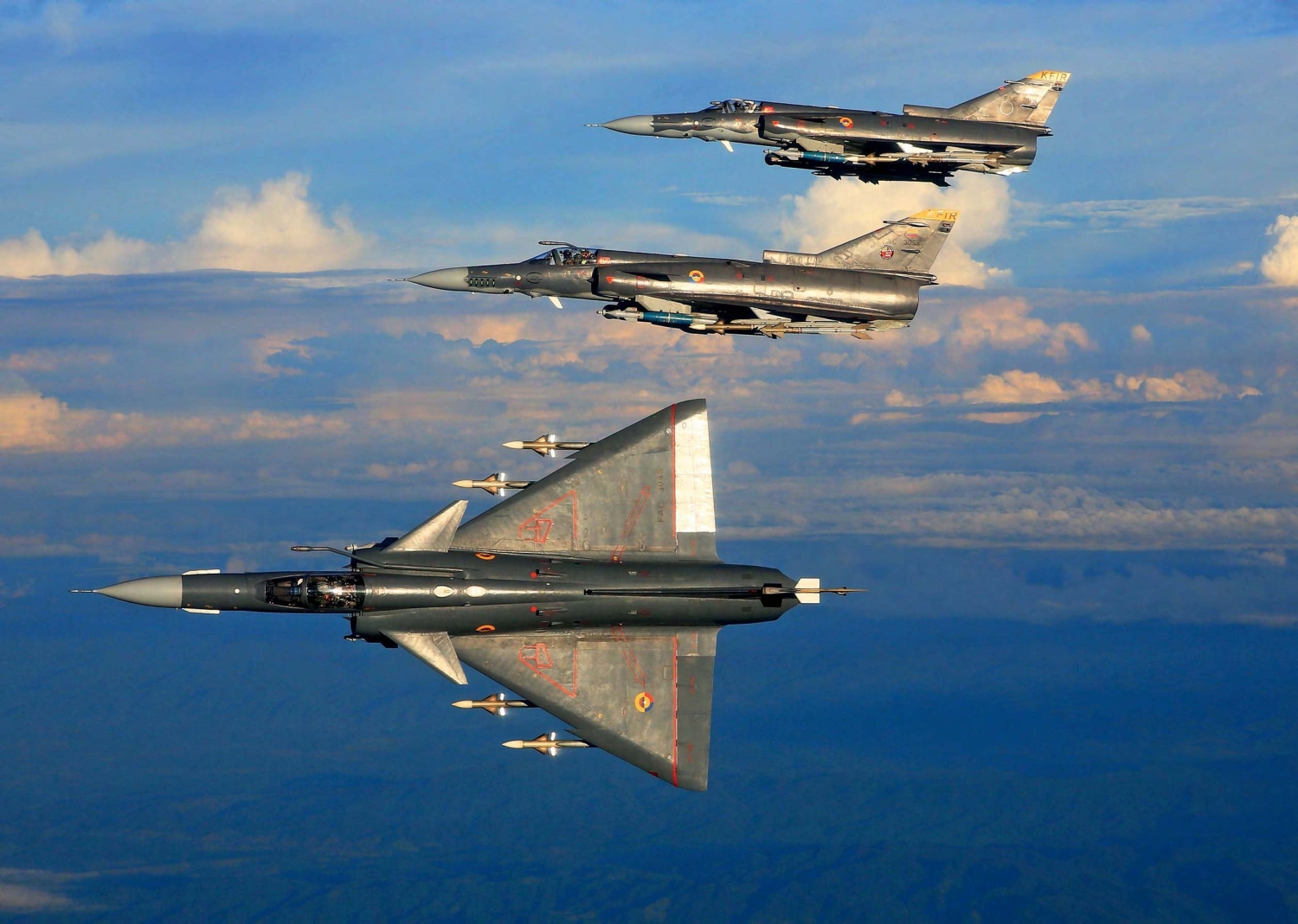 A smart break from echelon by a trio of heavily armed Kfirs high over the Cordillera Mountains. The lead aircraft carries a full load of four Rafael Derby AAMs for beyond-visual-range combat.
All photos Yissachar Ruas unless stated

Deep in the heart of Colombia, on the banks of the Magdalena River, the pride of the Fuerza Aérea Colombiana (FAC, Colombian Air Force) is found at Palanquero air base. This is home to Comando Aéreo de Combate No 1 (Combat Air Command No 1) and named after aviator Captain Germán Olano Moreno. Situated among the Cordillera Mountain ranges, the airfield’s rich aviation history dates back to the 1930s when seaplanes used to operate from the Magdalena. Today, the FAC’s Escuadrón de Combate 111 is the base’s most significant resident with its Kfir (lion cub) fighters. It’s also home to the AC-47T Fantasma gunships as well as T-37B Tweet trainers (see ‘Tango’ Tweets, June 2018).