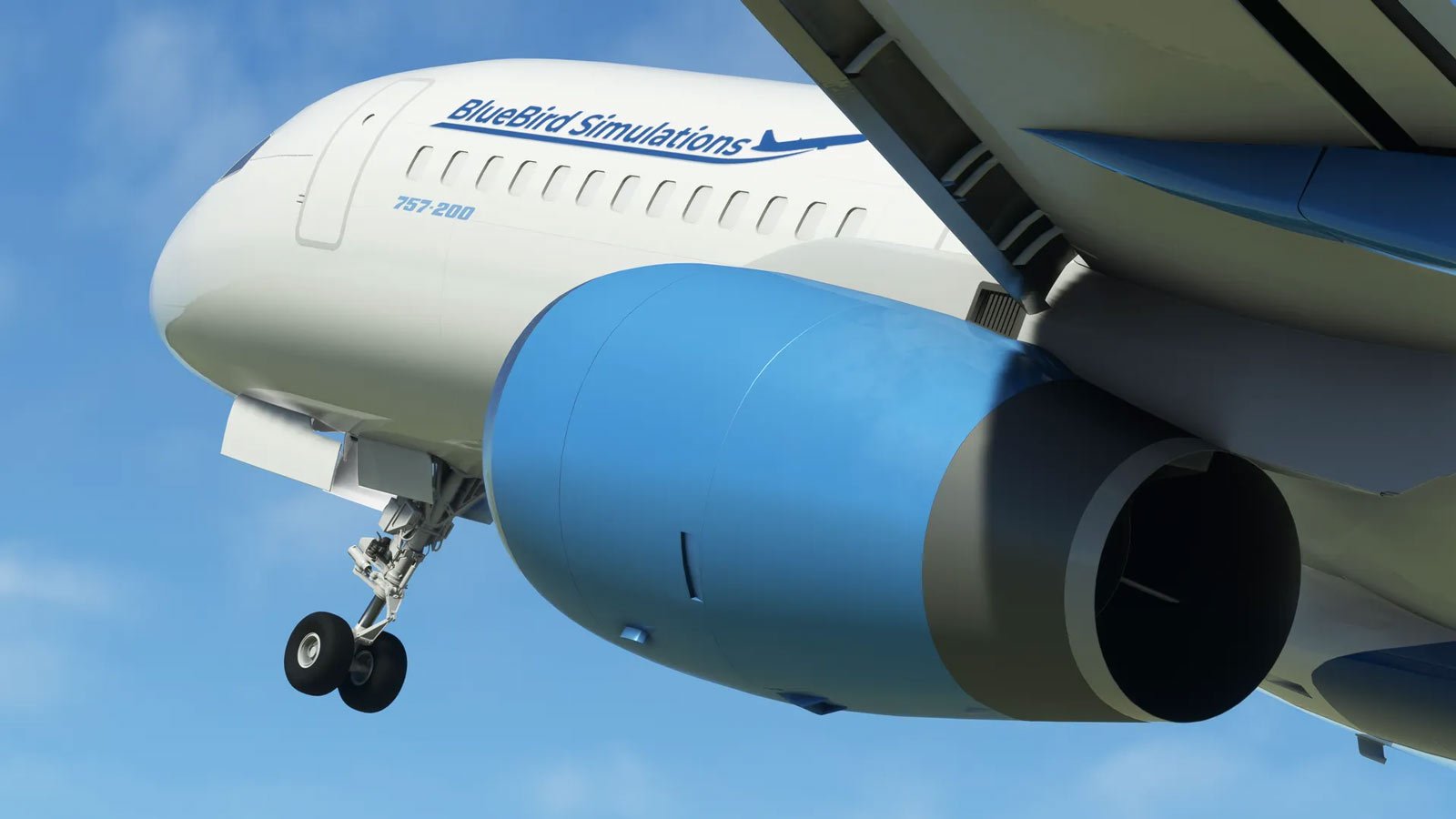 According to the developer, the focus has been on completing the virtual cockpit animations, the FMC (Flight Management Computer) and flight dynamics. Currently, the virtual cockpit animations are 90% complete but the FMC, autopilot and cockpit flight displays are partially functioning. On the exterior model, the main focus is on the landing gear with a lot of detailed work is still left to do to bring the textures to life. 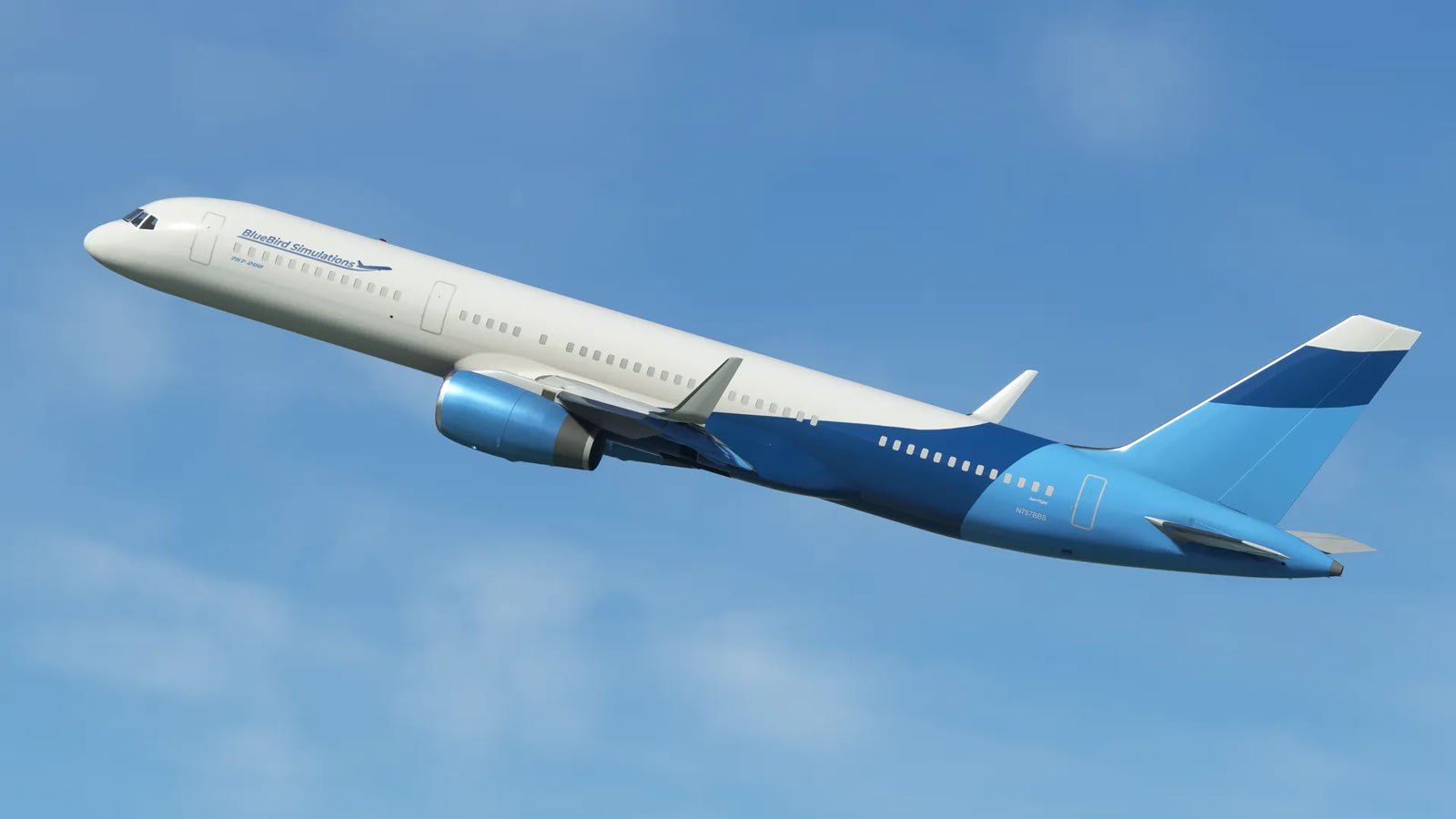 While the flight model is still in early development, the plan is to integrate two different flight models: easy and maximum realism. The goal is to make this an enjoyable and realistic experience for all simmers. The initial release will feature the passenger version with CRT (Cathode-Ray Tube) screens but a freighter version and a possible upgraded flight deck layout may be released. 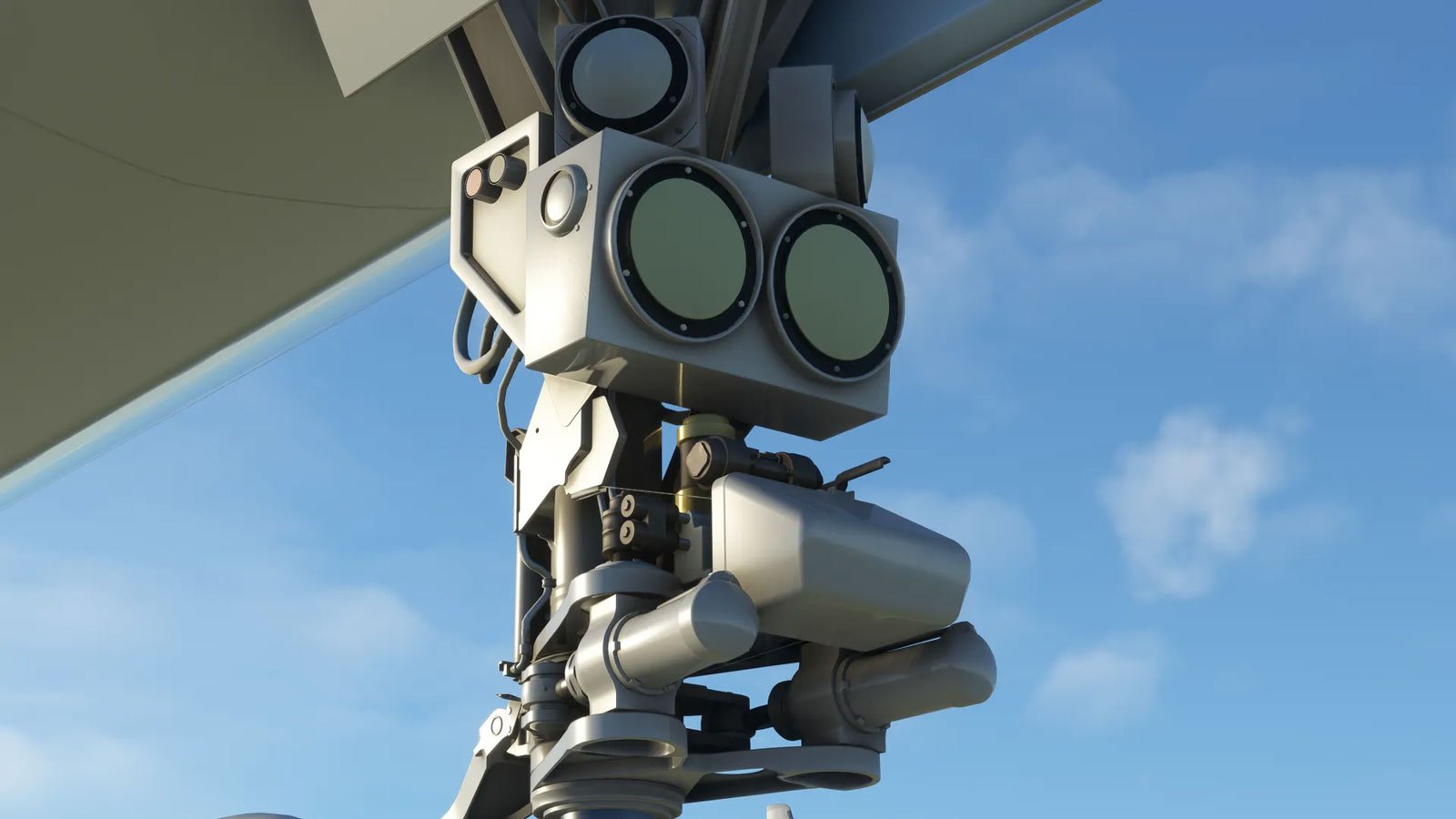 When released, the package will feature two variants, the 757-200 and the 757-300, equipped with Rolls Royce and Pratt & Whitney engine options and a Wwise native sound set. It will come with liveries covering all regions worldwide, a 3D model based on hundreds of photos, drawings and manuals, as well as realistic animations including passenger, service and cargo doors and control surfaces. It will also sport 4K PBR (Physically Based Rendering) textures, wing-flex and equipment such as a ground power unit, cones and chocks. 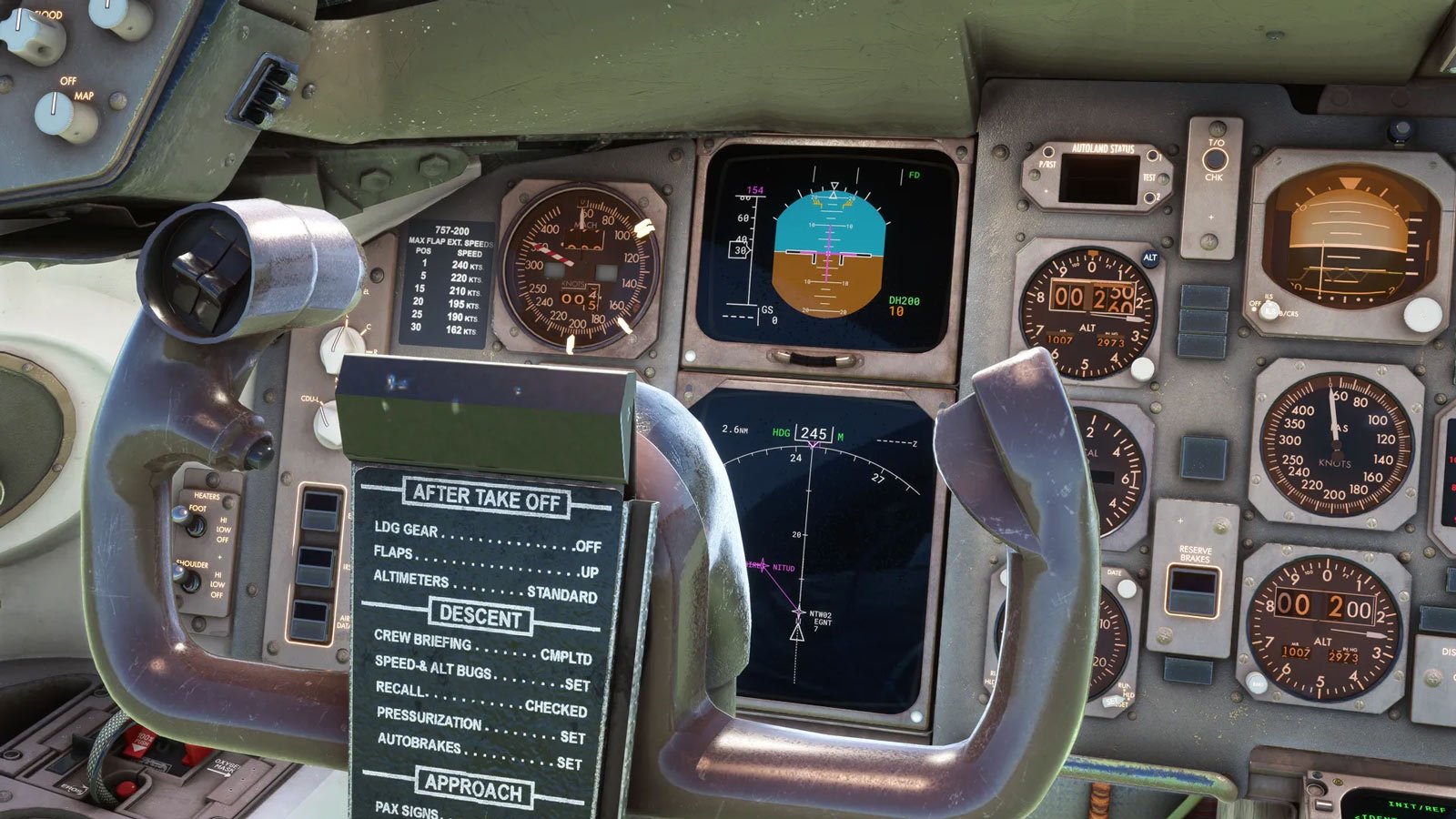 The cockpit textures feature wear and tear based on reference photos to produce an authentic environment. Both the captain, co-pilot and jump-seat positions will be modelled with dimmable lighting, animated switches and levers, realistic LNAV/VNAV functions and an FMC that can be linked to the MSFS flight plan.

The flight dynamics are based on real-world performance and handling data, aircraft manuals and input from 757 pilots/crew. Custom-coded hydraulic, electrical, engine bleed, fuel and pressurisation systems are also included.

An aircraft configuration utility will allow you to choose between 'Cold & Dark' or 'ready for take-off' with many features added to help with usability, such as hiding the yokes for a better view of the instruments and pre-set angles for the overhead and centre pedestal. 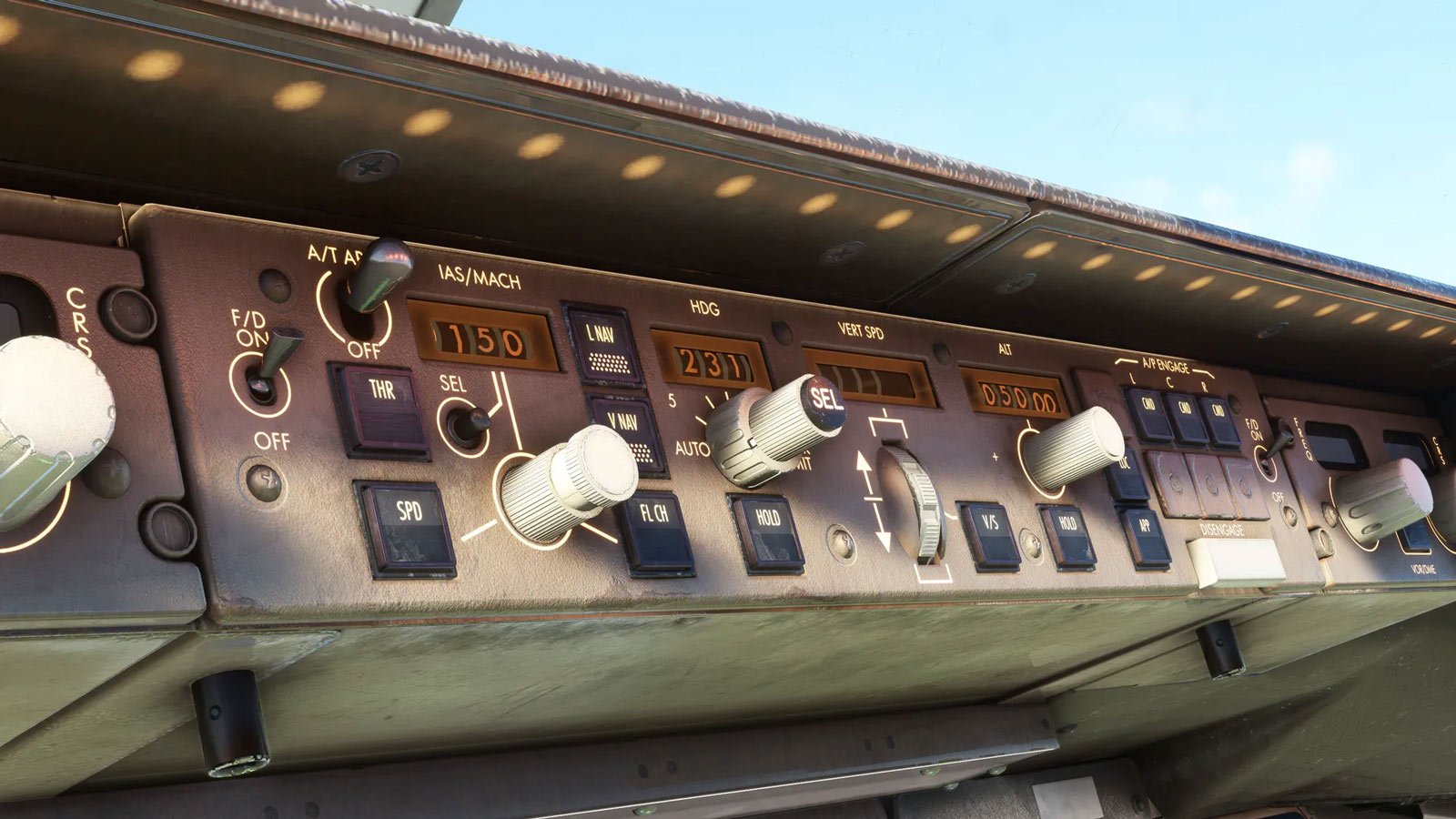 No release date has yet been announced bu more information is available on the Just Flights In-Development section.