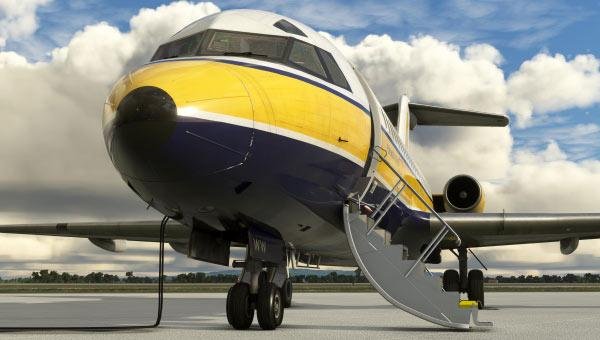 The last development update previewed some of the work done on the F28's exterior animations, ground equipment and aircraft systems coding. Alongside continuing work on those areas, the development team has also been working on the exterior and interior aircraft lights.

Four variants of the F28 will be included, with the longer -4000 with two over-wing exits on each side. A detailed passenger cabin features overhead and signage lighting that can be controlled automatically or manually. The aircraft will sport a custom GPU (Ground Power Unit), animated airstairs, cargo doors and retractable nose lights. 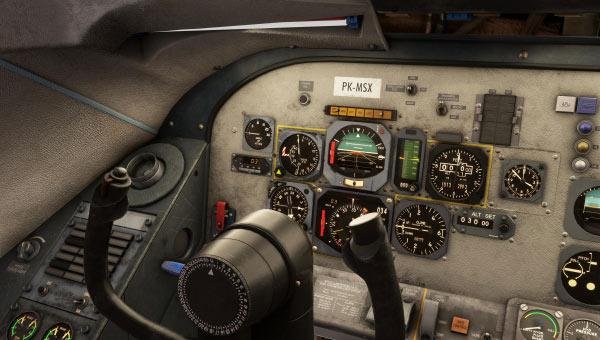 The cockpit includes emergency backup lighting along with instrument and overhead flood lights, which are independently dimmable. The overhead panel has integral lighting, aided by two large dome lights and white and red reading lights for the captain and co-pilot. In total, over 50 dynamic lights are simulated, covering the exterior, cabin and cockpit. This includes exterior lights such as taxi, landing and flare lighting, and logo lights built into the flap fairings. 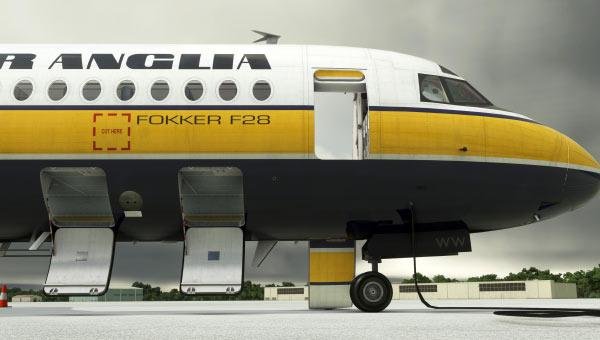 In the coming weeks, Just Flight will begin testing the custom-coded fuel, air conditioning and pressurisation systems, as well as upgrading the ground equipment, which includes a GPU, chocks and cones.

No release date has yet been announced but more information is available in Just Flight's 'In Development' section.