Made in partnership between Just Flight's in-house team and Propair Flight, the Hawk was developed following comprehensive, hands-on research with a real-world ex-RAF and ETPS Hawk T1 pilot. 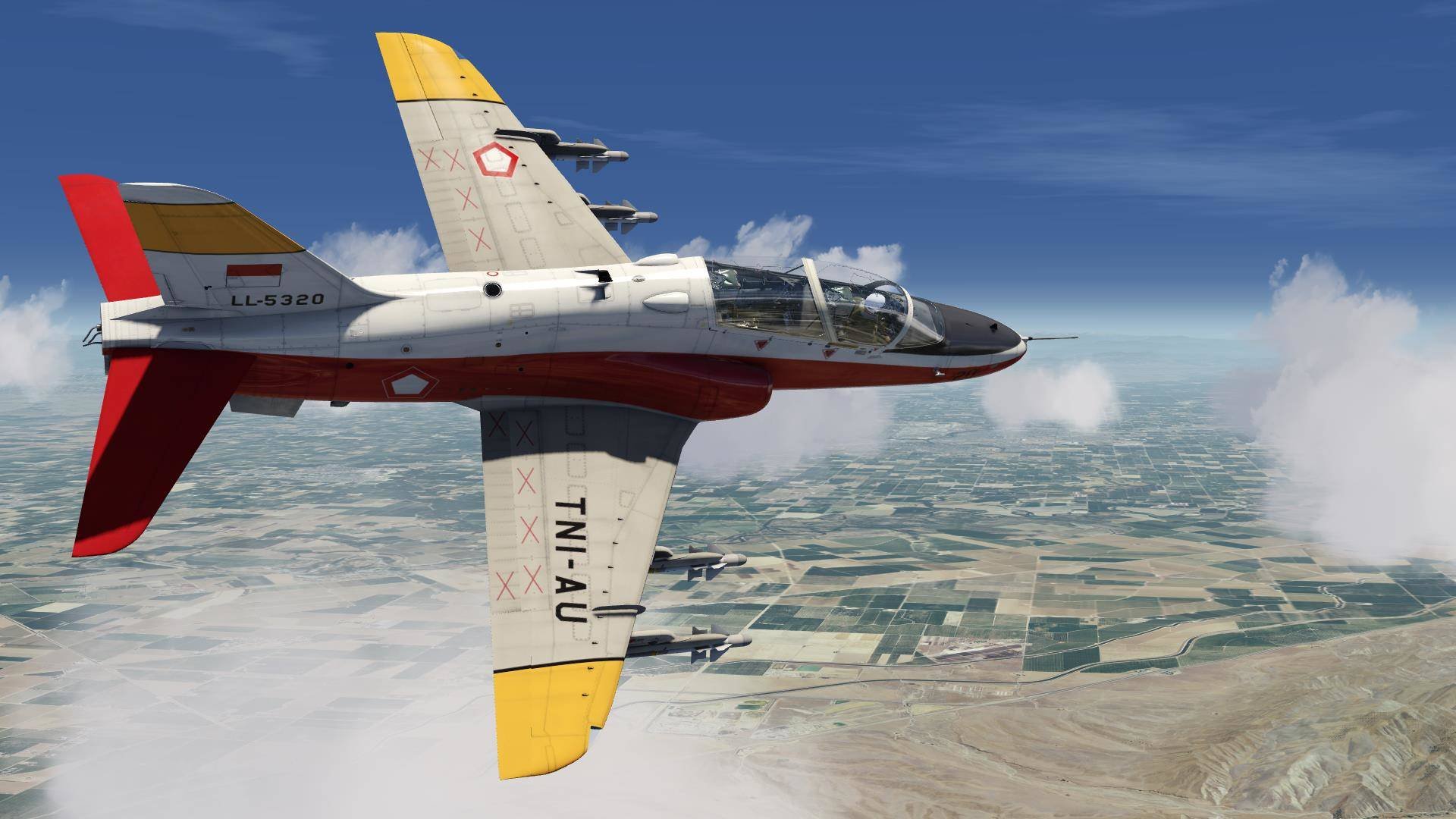 The Hawk T1 has been modelled with 4K textures along with PBR (Physically Based Rendering) materials and real-time environment reflections. Other features include 12 paint schemes, ground equipment, accurate flight dynamics and an authentic sound set.

The British-built Hawk T1 single-engine jet trainer was first flown in 1974 and has served as an advanced trainer for nearly 40 years. The design proved to be highly successful, with over 900 examples sold to air forces in 18 countries, including the UK, Finland, India and Saudi Arabia. The Hawk T1 variant, first delivered to the RAF in 1976, continues to operate as an advanced jet and weapons trainer. Possibly the most well-known Hawk T1s are those flown by the RAF Red Arrows display team, which has been flying the Hawk T1 since 1979.