The floatplane fighter that became a landplane

In June 1944 the Imperial Japanese Naval Air Force (IJNAF) decided that the myriad problems afflicting the Mitsubishi J2M Raiden, developed as a replacement for the venerable A6M Zero-sen, were never going to be solved, thus allowing the aircraft to fulfil the 14-Shi specification issued to the company in 1939. 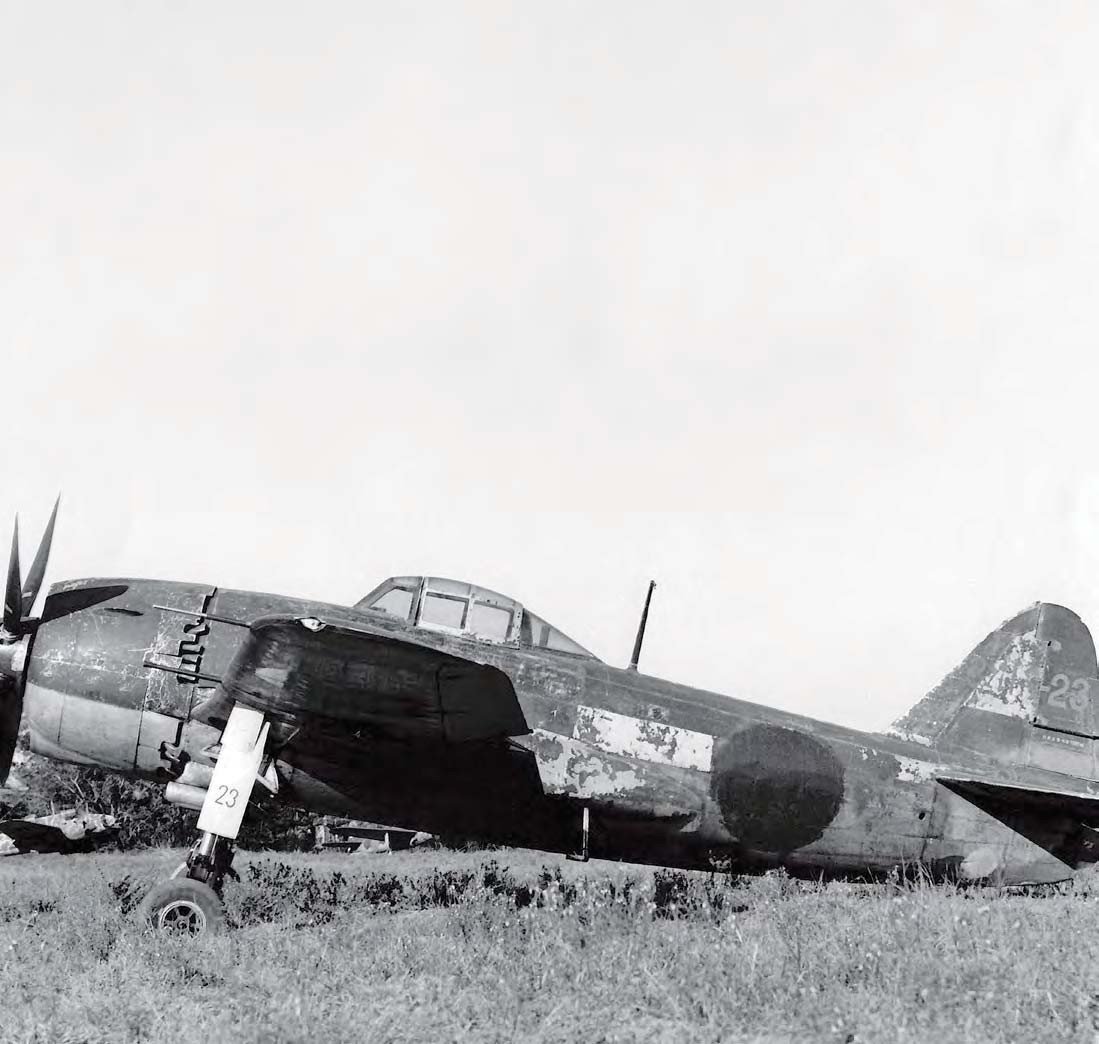 Of the handful of N1K1-Js from the 341st Kokutai found at Marcott in January-February 1945, this aircraft, coded 341-S-23, was the most intact. Although none of the Shidens were more than a few months old, some, like this example, had suff ered heavy weathering in the tropical conditions.
NATIONAL ARCHIVES AND RECORDS ADMINISTRATION

It had called for the development of a fighter that was capable of achieving a maximum speed of 373mph at 19,685ft, the ability to attain this altitude within five-and-a-half minutes of take-off and endurance of 45 minutes at full power. The aircraft was to have a take-off run at overloaded weight in nil-wind conditions not exceeding 985ft, and a landing speed no greater than 81mph. Armament would consist of two 20mm cannon and two 7.7mm machine guns, as fitted in the A6M2 Zero-sen, and, for the first time, armour protection was requested for the pilot in the form of plating behind the seat.