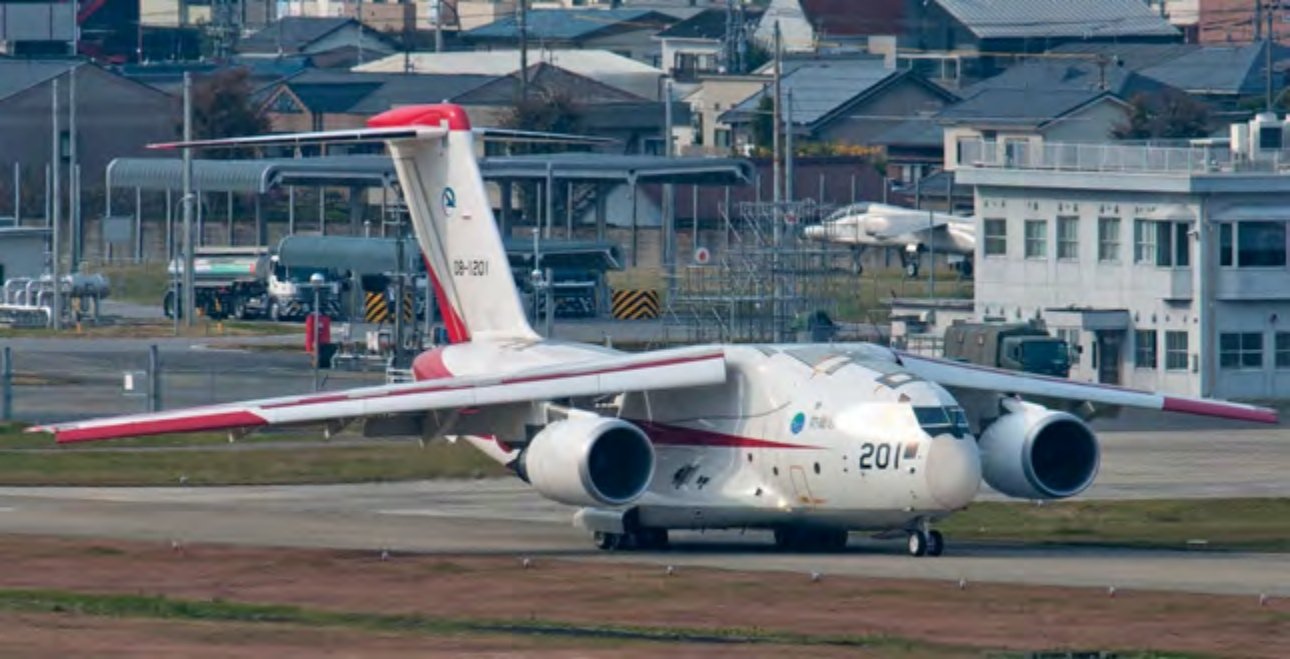 The first Kawasaki C-2 transport aircraft 08-1201 seen at Gifu Air Base Japan in November 2016. Conceived as a replacement for both the Kawasaki C-1 and C-130H Hercules, the C-2 was developed for the indigenous C-X programme first funded in 2001. Prototype 08-1201, was rolled out on July 4, 2007, and undertook its maiden flight 30 months later on January 26, 2010. Programme delays caused by funding and structural problems has seen the programme slip five years beyond its original schedule. Peter Foster

The production standard Kawasaki C-2, 68-1203, has joined the Gifu-based Air Development and Test Wing (ADTW), the third jet to be assigned to the developmental test programme. The first two non-prototype aircraft built had to be returned to the manufacturer as part of an exchange programme to reinforce the fuselage. C-2 flight testing is currently underway with the prototype and aircraft 68-1203, which was delivered to the ADTW on June 30, 2016. The second production aircraft, 68-1204, undertook its first flight on October 20, 2016. Peter Foster