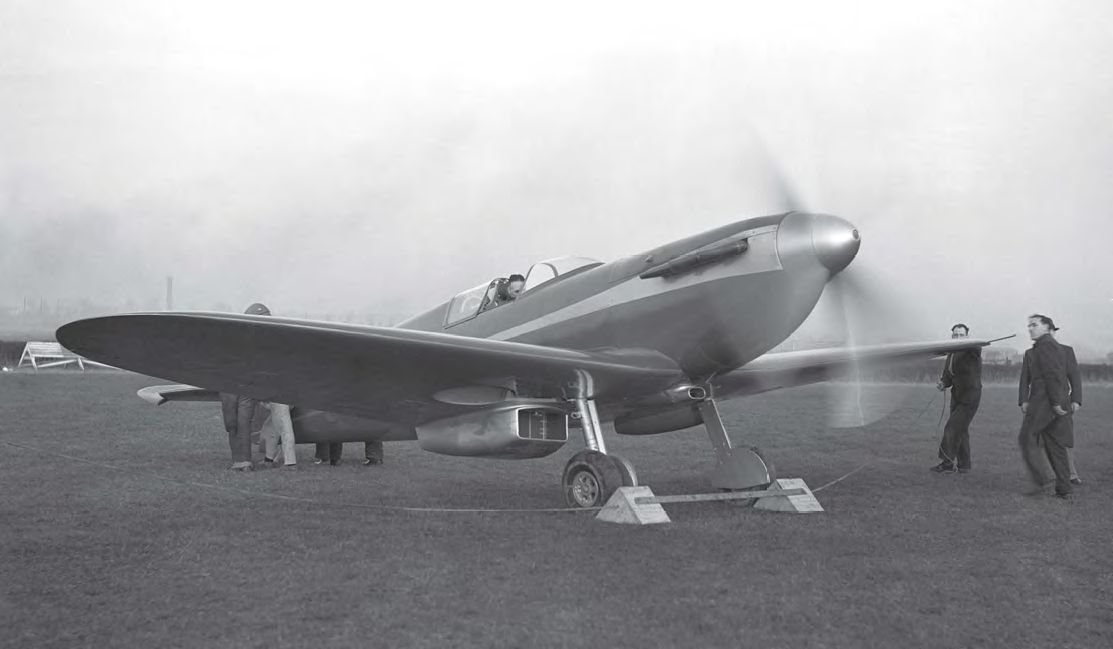 The beautiful Speed Spitfire runs up its Merlin II (Special), a variant that illustrated the engine’s development potential.
AEROPLANE

In the late 1930s, as the ramp head Merlin and its development woes were abandoned, it was clear that the engine had huge potential. In late 1937 Supermarine had begun the modification of a ‘Speed Spitfire’ for an attempt on the world air speed record. As with the ‘R’, Rolls-Royce provided support, testing the engine on another of Rod Banks’ special fuels. By January 1939 this Merlin II (Special) was flying at more than 2,160hp, with +27 boost. Even though, with its special spark plugs and coolant systems, it could only maintain this power for a few minutes at a time, at heart it was still basically a strengthened production Merlin II. As Spitfire test pilot Jeffrey Quill noted, this did more to reassure Supermarine’s chief designer Joe Smith of the power growth that could be expected from the Merlin over the next few years than “any number of Rolls-Royce brochures and technical forecasts.”