In April 2019, the 375th Air Mobility Wing marks the 35th anniversary of the Learjet Model 35’s entry into USAF service as the C-21A. The US Air Force continues to operate a small fleet of the twin-engine jets in the Operational Support Airlift (OSA) and aeromedical roles. An avionics upgrade will ensure they continue to provide that support for the foreseeable future. 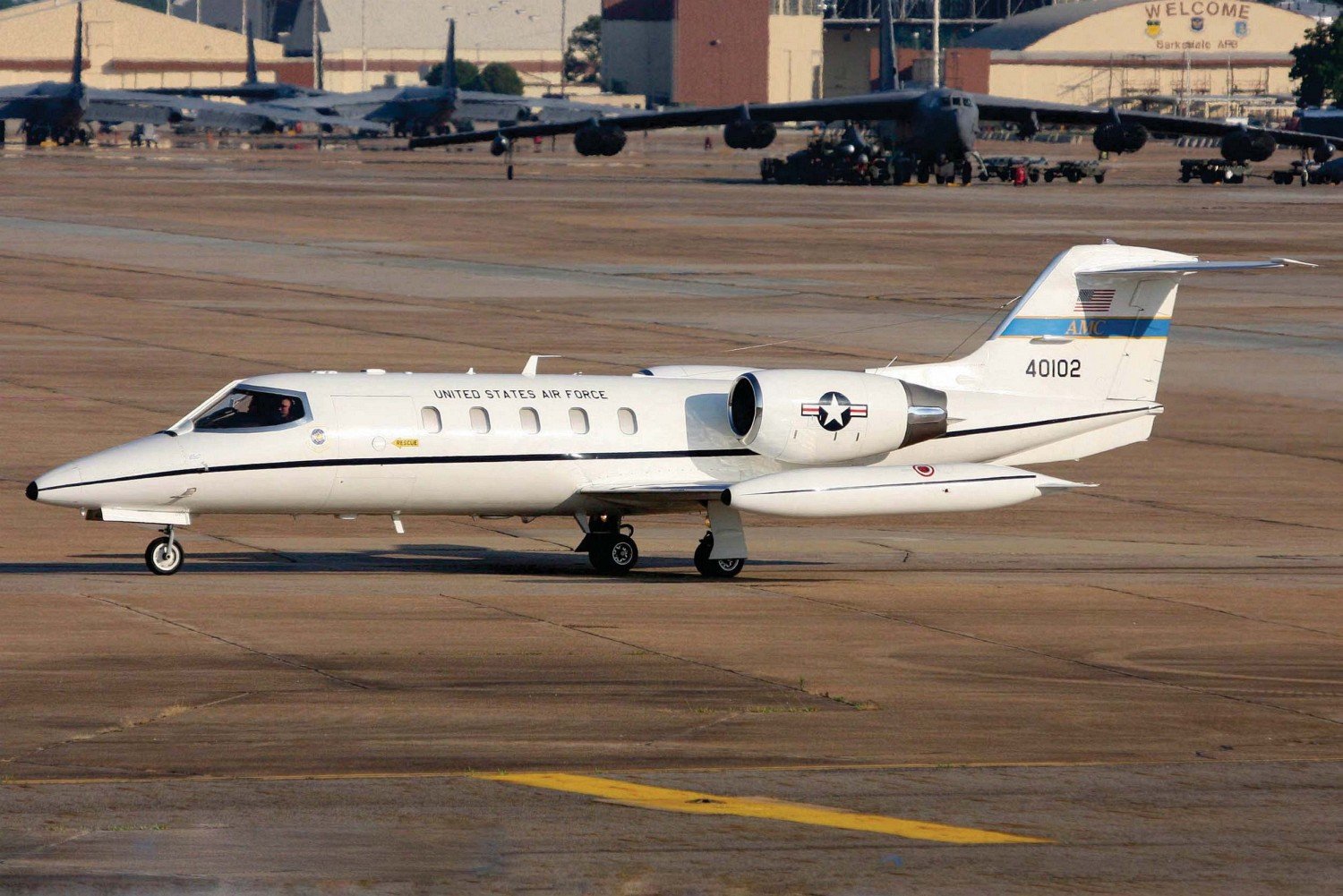 Sold to Dodson International Parts in Rantoul, Kansas, under a US General Services Administration (GSA) auction, C-21A serial 84-0102 was assigned to the 375th Airlift Wing when it visited Barksdale AFB, Louisiana, on June 11, 2008. Matt Ellis

THE GATES LEARJET Model 35A and Beechcraft King Air B200C were selected by the US Air Force as replacements for its fleet of Rockwell CT-39A Sabreliner Operational Support Aircraft (OSA) in September, 1983. Acquired between 1959 and 1962, the CT-39As had then been in service for more than 20 years and had become increasingly expensive to operate and maintain. As a result, the USAF formally began its search for a replacement in 1982, and a Request for Proposals (RFP) that called for leasing up to 145 aircraft was released in March 1983.