Aerosoft has announced the Kiruna is now available as a download for Prepar3D version 4. 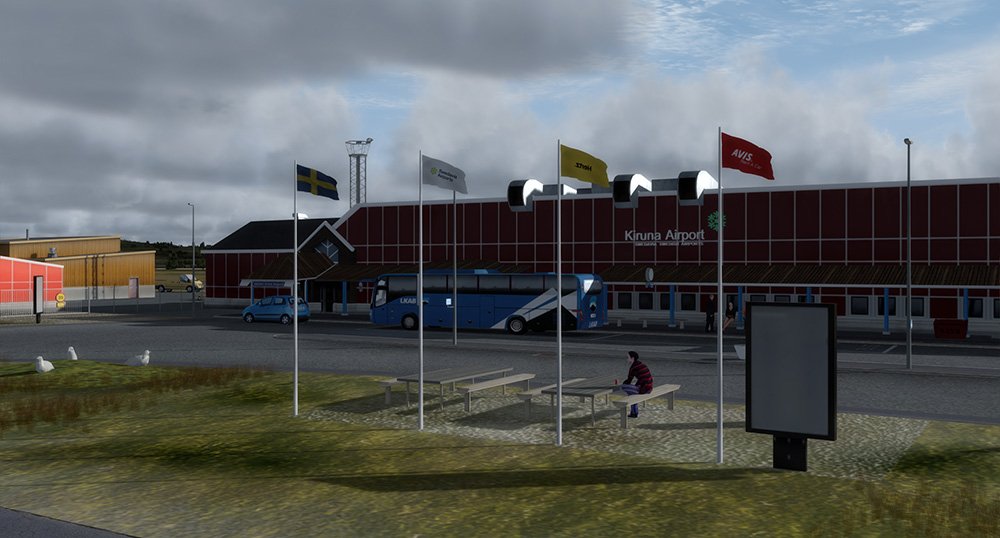 Developed by DreamFactory Studio, the package is a detailed recreation of Kiruna Airport with all major buildings including the Arena Arctica hangar and control tower with modelled interiors. A fleet of static service vehicles, cars and people and animated wig-wags are all included in the scenery.

Special effects consist of realistic shadows, dynamic lights and rain effects on the runway and tarmac with water puddles, while during the winter months snow can be found on rooftops and the ground.

The surrounding area features Kalixfors, a former military airfield; the LKAB mining area is recreated in detail with most of the infrastructure and a basic rendition of Abisko village. Kiruna town is modelled with features such as animated windmills, an accurate model of Kiruna Church and many other buildings. A landable helipad at the Kiruna Hospital is also included.

Other features consist of vehicles in the town, the LKAB mining train and optional street lights covering a vast area as far as Abisko and the border with Norway.

The package is optimised for high performance and is compatible with ORBX LC Global and LC Europe.

The real Kiruna Airport is in northern Sweden and is served by Norwegian Air Shuttle and Scandinavian Airlines with regular flights to Stockholm Arlanda as well as seasonal charters to London Heathrow and Amsterdam. Scheduled helicopter flights are also performed to the nearby mountains.