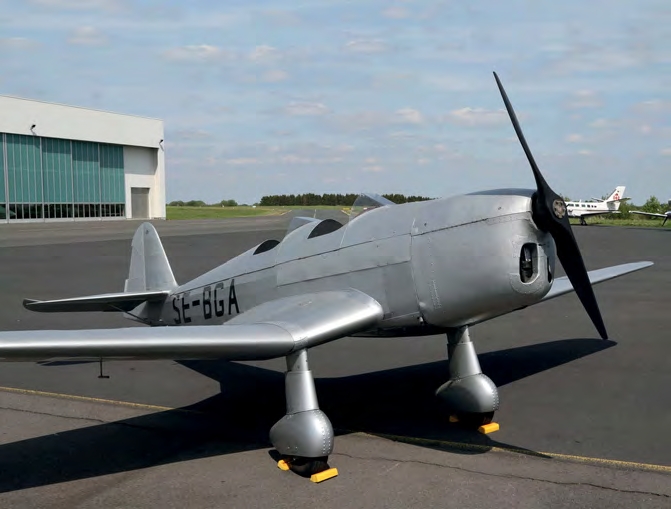 The exquisite Klemm KI 35 SE-BGA at Siegerland, where it is now based with the Sterntakt collection.
STEFAN SCHMOLL

SE-BGA was built in 1941 at the Klemm factory in Böblingen, south-west Germany as Werknummer 1983, and delivered to the Swedish Air Force as Fv5054. It was retired from service in 1948. Its most recent owner, Håkan Wijkander, restored the machine about 10 years ago. In addition to SE-BGA, Friedrich Diehl is restoring another former Swedish KI 35, Fv5012, which will also be painted silver overall. Diehl is preparing the fuselage in his own private workshop, while the wings have already been completed and are now stored in the Sterntakt hangar at Siegerland.