KLM's Dutch Queens of the Sky

As with many operators, KLM’s passenger Boeing 747s have become casualties of COVID-19 and were permanently withdrawn in October 2020 only leaving some freighters in the airline’s colours. Lee Cross looks at almost 50 years of service of the iconic jets in the KLM fleet 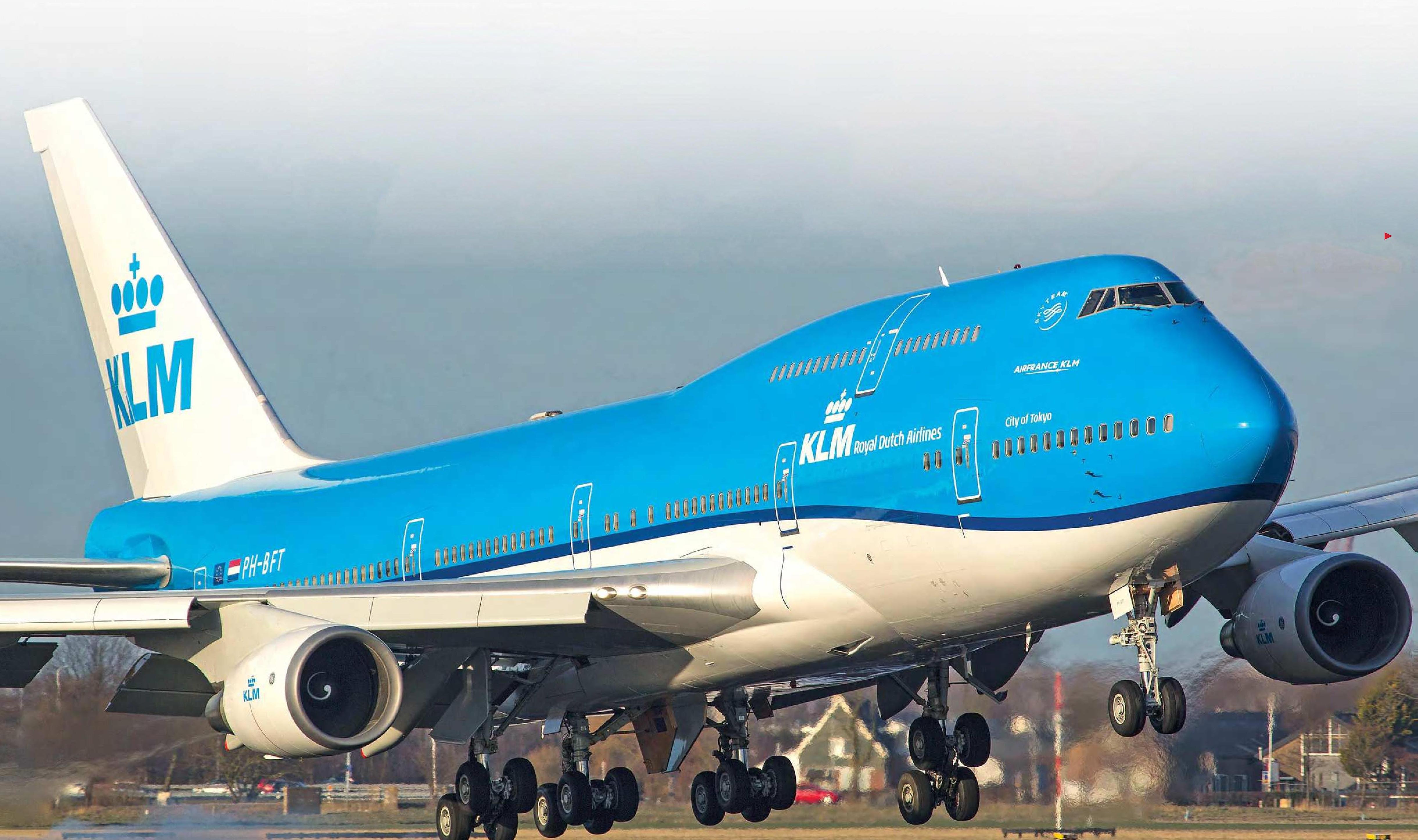 The first 747 in KLM’s revised colour scheme touched down in a strong crosswind at Schiphol on March 6, 2015. The livery featured a thinner, wavy, dark blue cheat line KLM/Arnoud Raeven

When the newly revamped Amsterdam Schiphol (AMS) opened in 1967, the airport had grand plans to become one of the world’s biggest hubs. Resident airline KLM Royal Dutch Airlines wanted an aircraft to match these ambitions and, like many of the world’s carriers at the time, looked across the Atlantic to American manufacturer Boeing and its mighty 747.