The exclave of Kaliningrad is of immense strategic importance to the Russian armed forces and host to a number of its air assets, as Vladimir Trendafilovski explains. 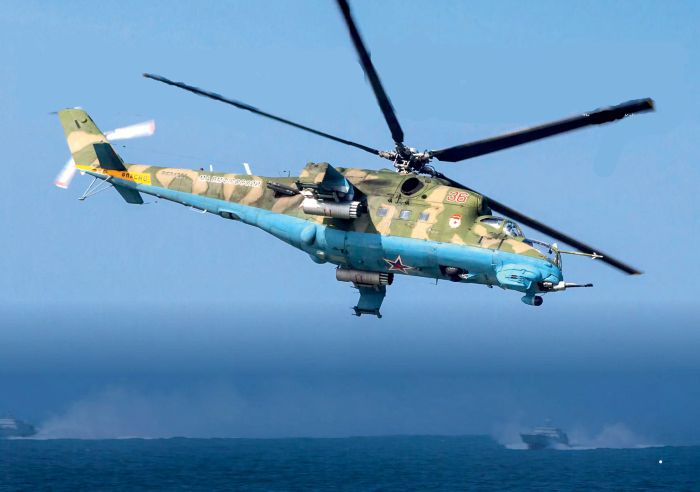 Mi-24VP ‘36 Red’ on combat air patrol over the landing area at the Khmelyovka training range on May 21, 2016 during a demonstration of BF capabilities. Note the weapons load-out – a pair of 20-shot B-8V-20 pods for 80mm S-8 rockets and four twin pylons for 9M114 Kokon anti-tank guided missiles.
All photos Alexander Rybalchenko unless otherwise stated.

ORIGINALLY A German territory, Kaliningrad was part of East Prussia, but annexed by the Soviets immediately after World War Two. With the collapse of the Soviet Union in 1991, the region (which had the formal status of an Oblast – a region of the Russian Soviet Federal Republic) became a federal subject of the newly constituted Russian Federation – a coastal exclave on the Baltic Sea, surrounded by Poland and Lithuania.