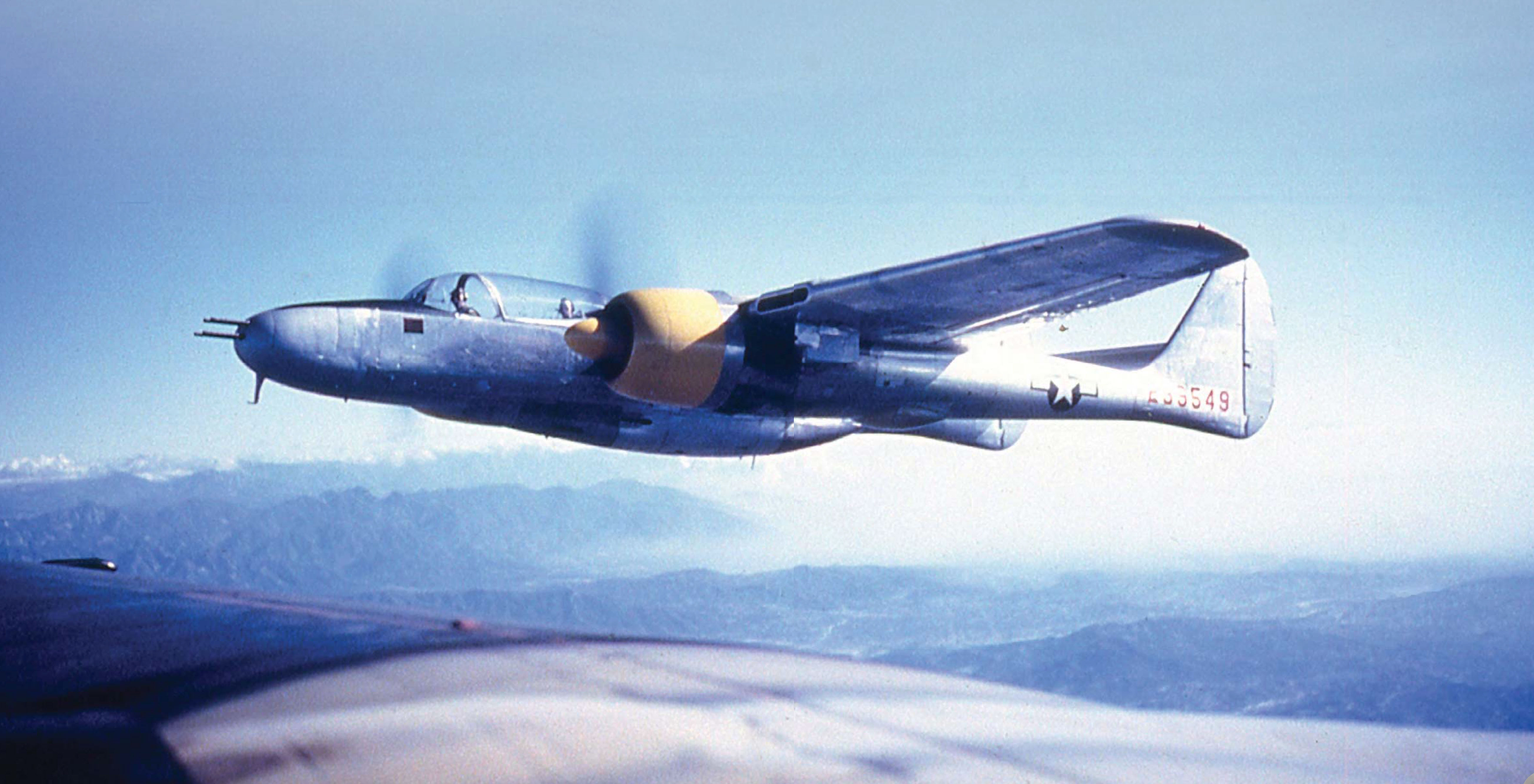 This F-15 was ‘snapped’ while en route to Johnson AB after photo-mapping some of the islands southwest of Japan.
CHARLIE RUSSELL

Northrop’s P-61 Black Widow proved its worth as a devastating night-fighter during World War Two. Late in that conflict, efforts were made to develop the type into the XP-61E, a long-range fighter to escort B-29 bombers, but this variant – later renamed the F-15 Reporter and then RF-61C – was soon reworked and its role switched from aerial combat to reconnaissance. When hostilities ceased, the production of propeller-driven aircraft reduced rapidly, with very few exceptions.