The last operational use of the Supermarine Seafire came during the opening weeks of the Korean War. Tom Spencer tracks its final campaign 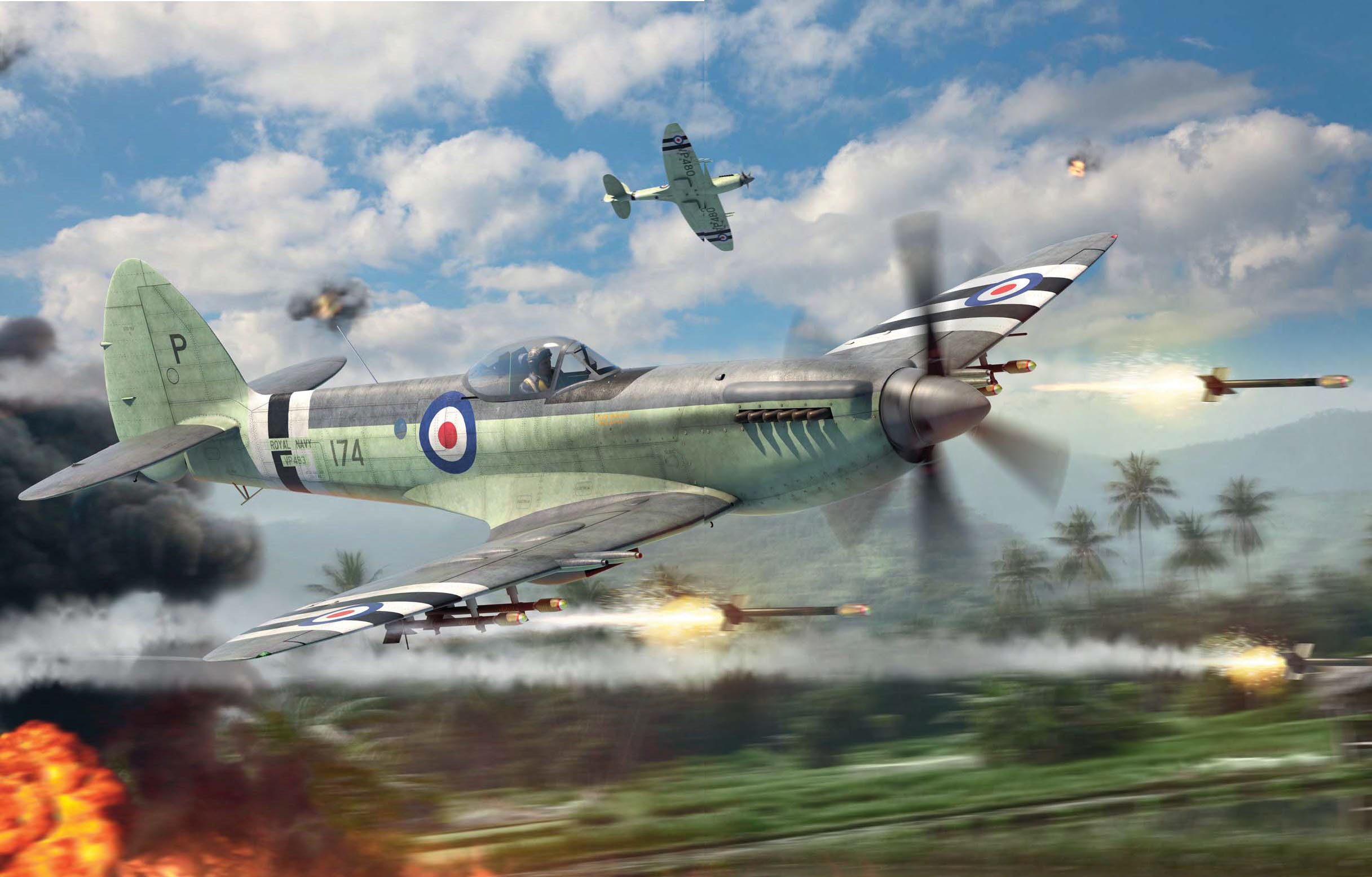 Seafires of 800 NAS attack a ground target during the Korean War. It would be the last operational use of the type.
ANTONIS KARIDIS

When the light fleet carrier HMS Triumph left Britain bound for the Far East in 1949, the conflict in Korea had not yet begun to escalate. On board Triumph was the 13th Carrier Air Group (CAG), which comprised 800 Naval Air Squadron (NAS), led by Lt Cdr Ian MacLachlan and equipped with 12 Rolls-Royce Griffon-powered Seafire FR.47s – and 827 NAS with the Fairey Firefly FR.1. These Seafires were the last operational examples at sea in the Royal Navy.