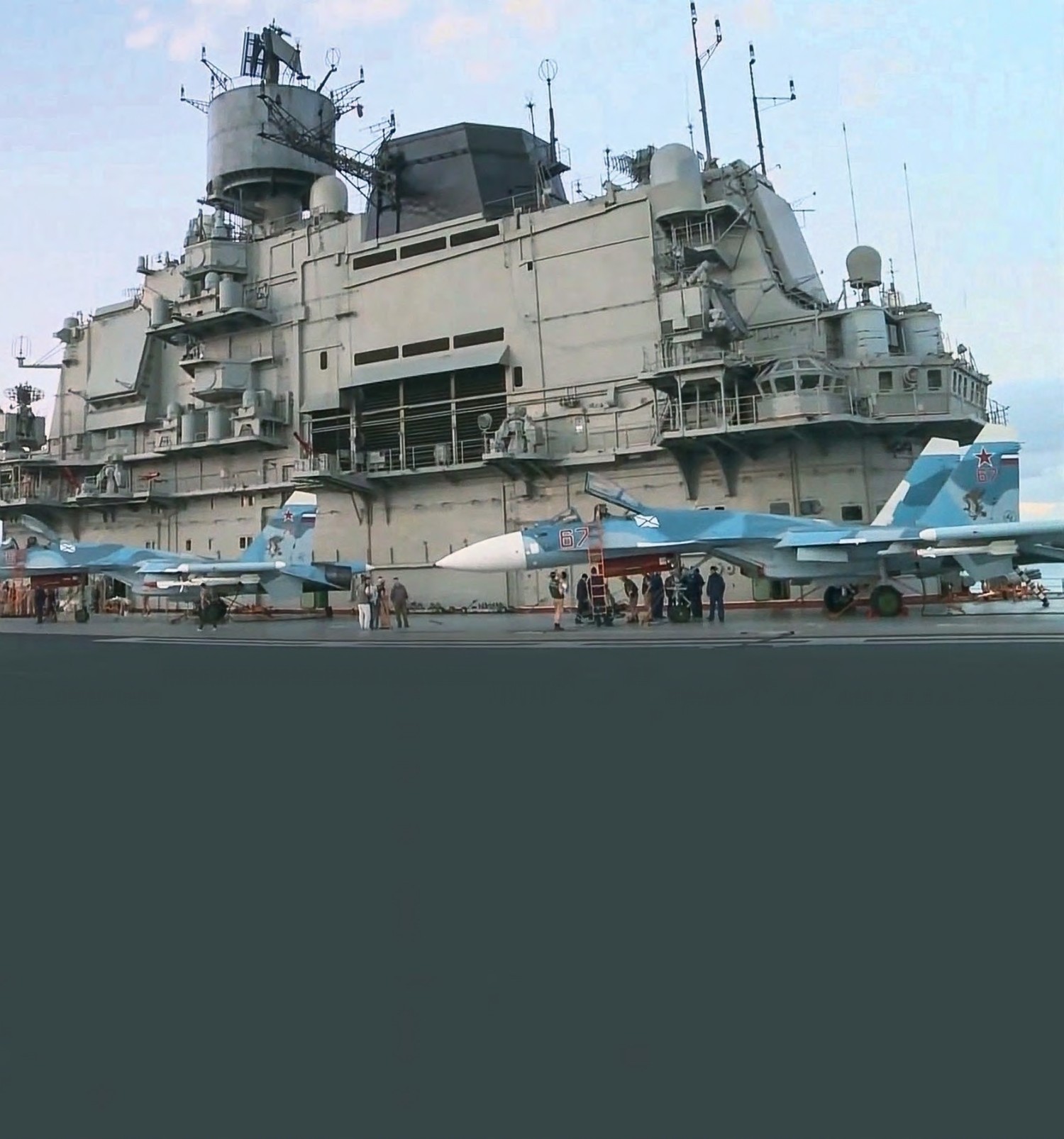 Two Su-33s with different mission loads for combat missions over Syria. The aircraft on the left is configured for air-to-air combat, with R-27R/T (AA-10 ‘Alamo’) missiles for beyond-visual-range engagements and R-73s (AA-11 Archers) for close-in fighting. The jet on the right is fitted for air-to-surface sorties, armed with two FAB-500M-54 bombs (between the engines) and R-73 air-to-air missiles for self-defence.

MANY OF the world’s major air forces’ fighters and bombers have been involved in military operations over Syria since 2014, but until recently the Russian Navy had been conspicuous by its absence. But the situation changed when the aircraft carrier Admiral Kuznetsov, known affectionately by the Russians as ‘Kuzya’, deployed to the area and went to war.