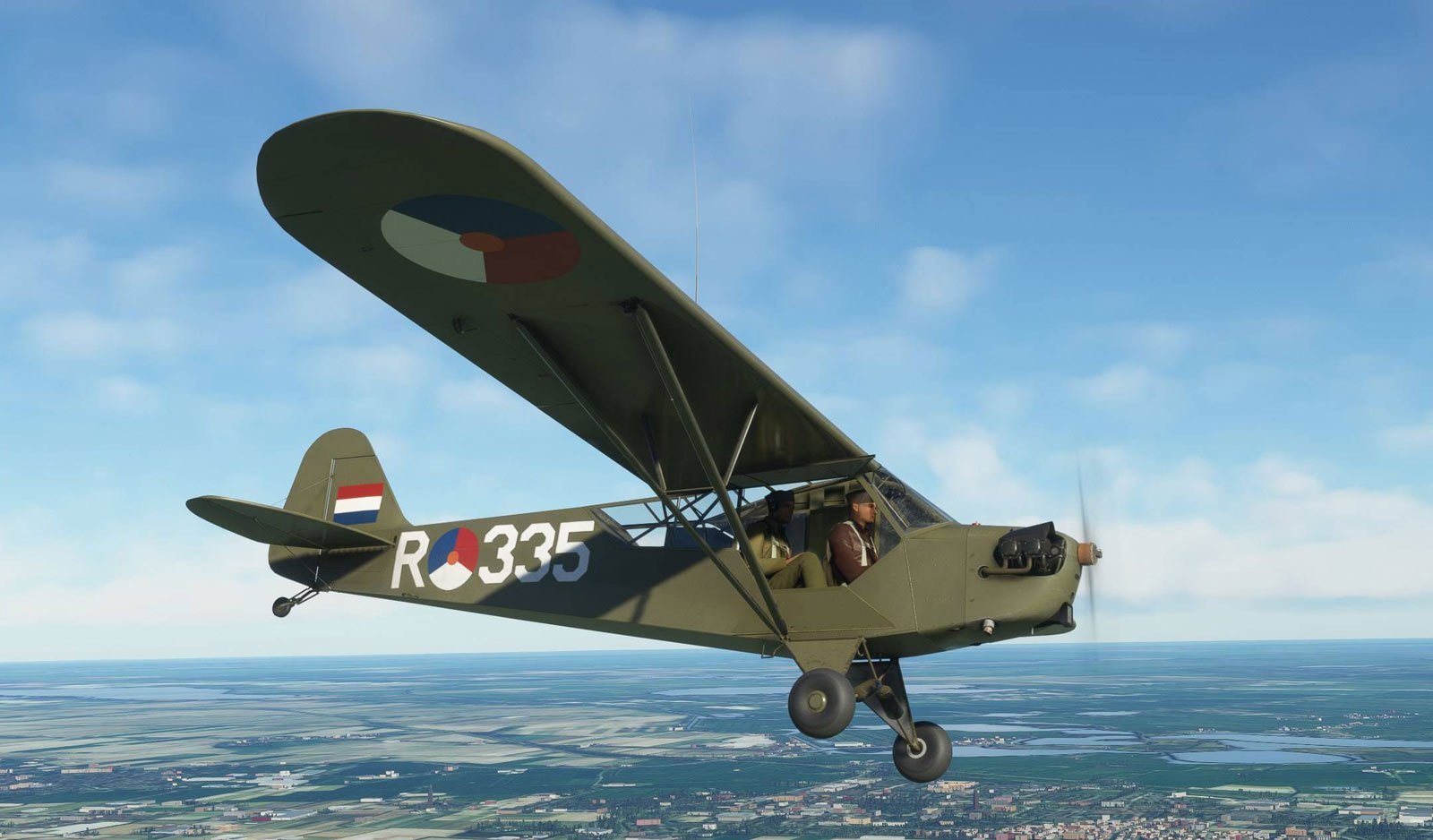 The Piper L-4 Grasshopper is the military version of the J3 Cub, produced during World War Two. The majority went to US Army Ground Forces for air observation with the field artillery. It was also used as a flying Jeep, carrying priority mail and personnel. 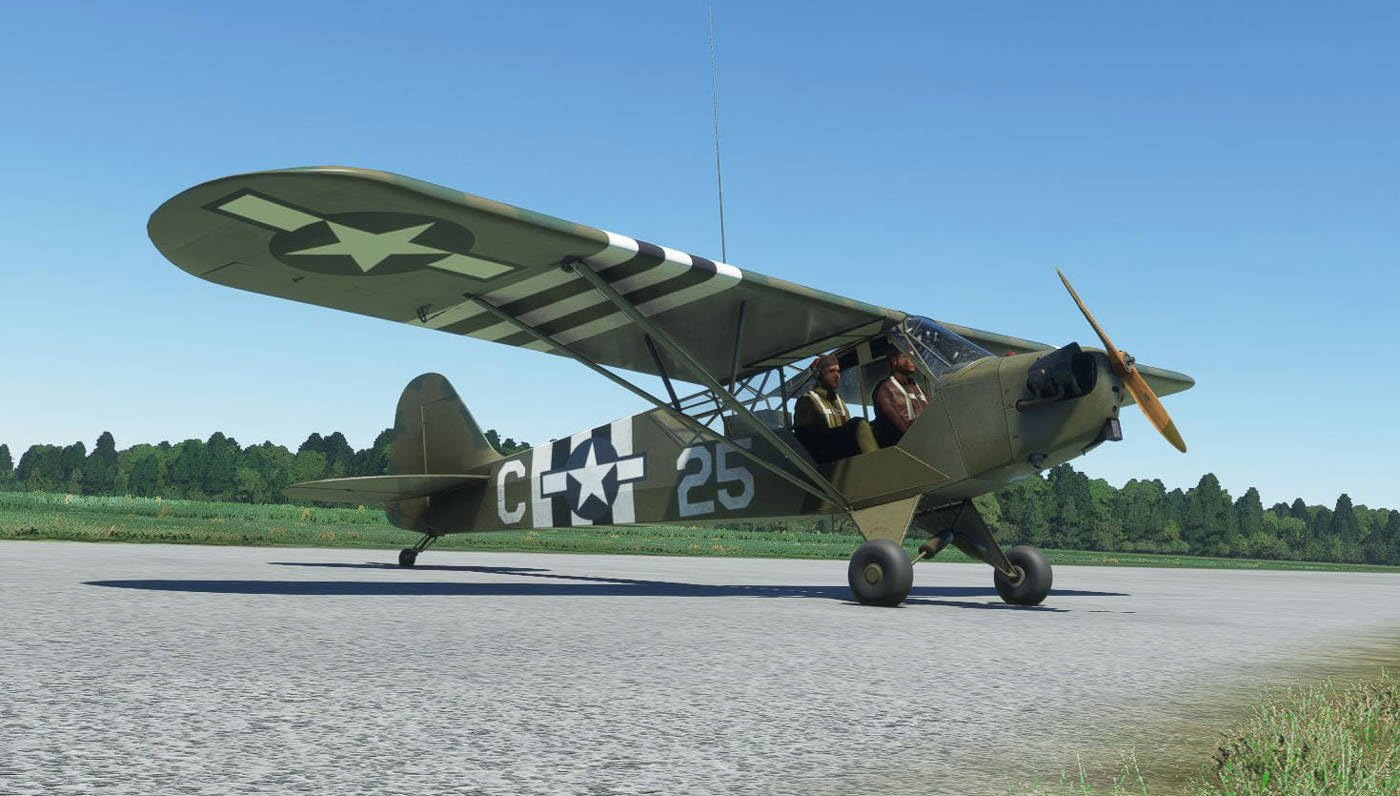 The Grasshopper was powered by a 64hp Continental engine, yet it had excellent short-field performance, enabling it to operate from small unpaved airstrips and roads. It was one of the smallest aircraft of World War Two and with a cruise speed of only 75 mph, it was also one of the slowest. 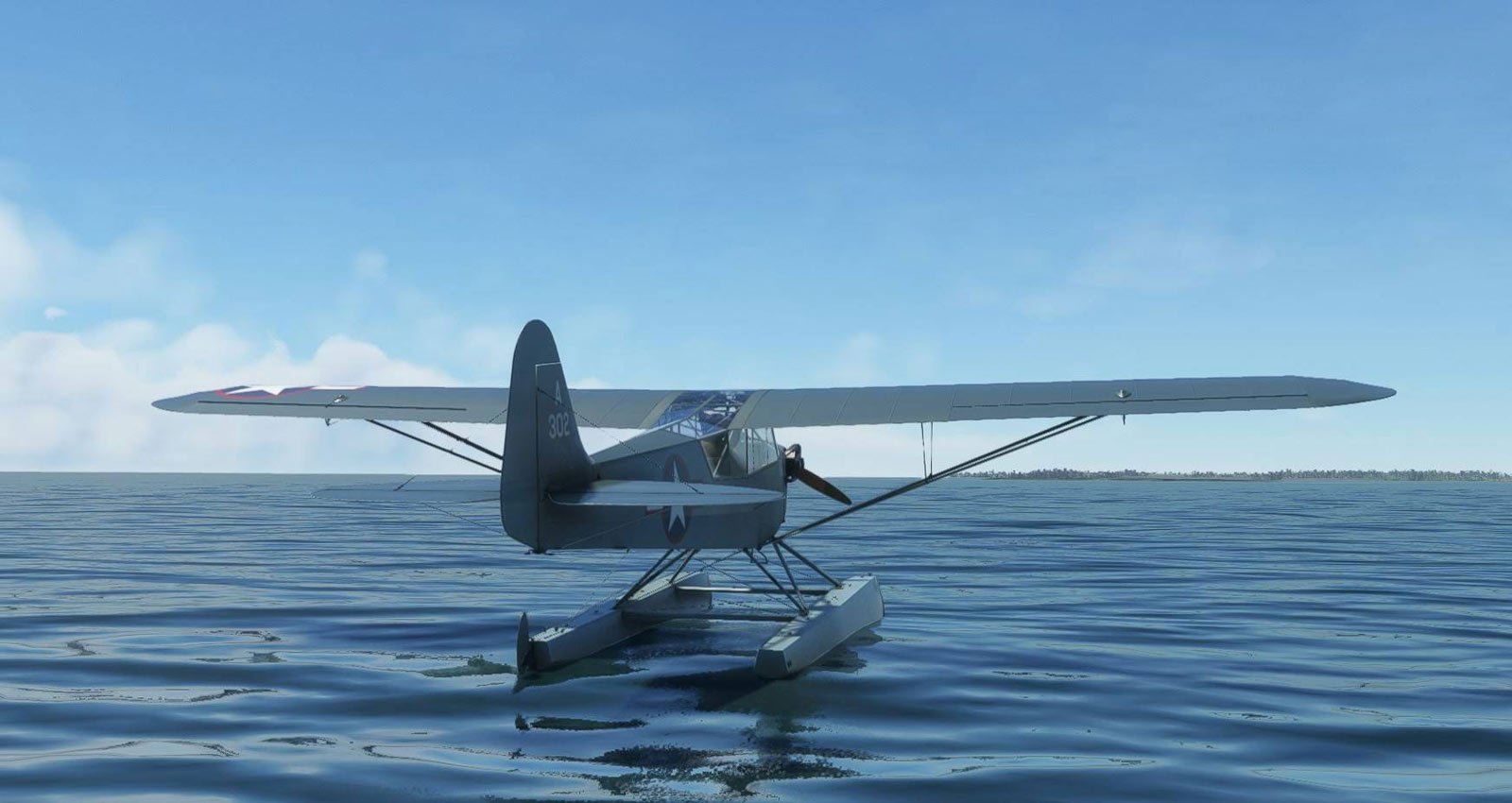 The L-4 use continued through to the Korean War and as recently as Vietnam. Today, hundreds still fly on as civilian light aircraft, some as meticulously restored military aircraft and others in civilian schemes. 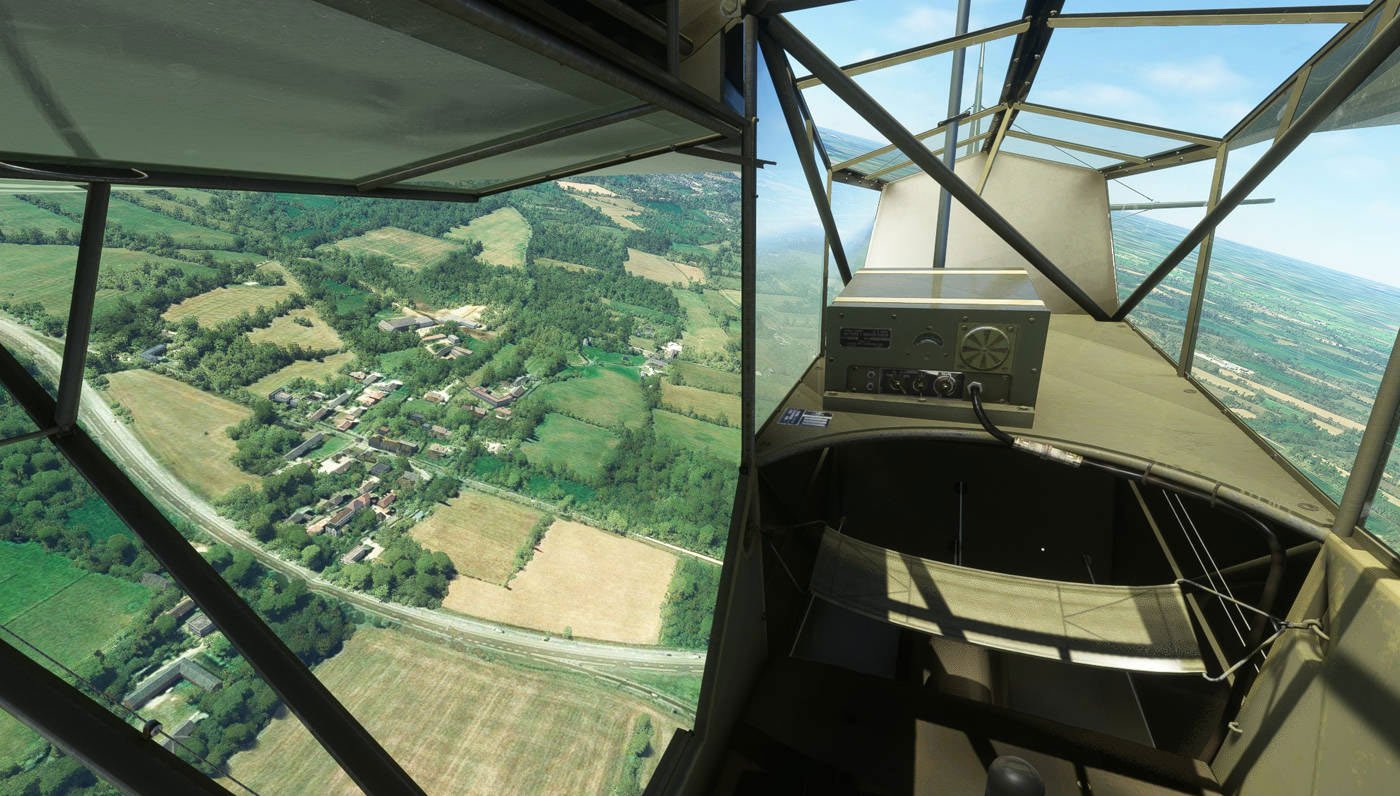 The Grasshopper is available on Just Flight’s website for £11.29