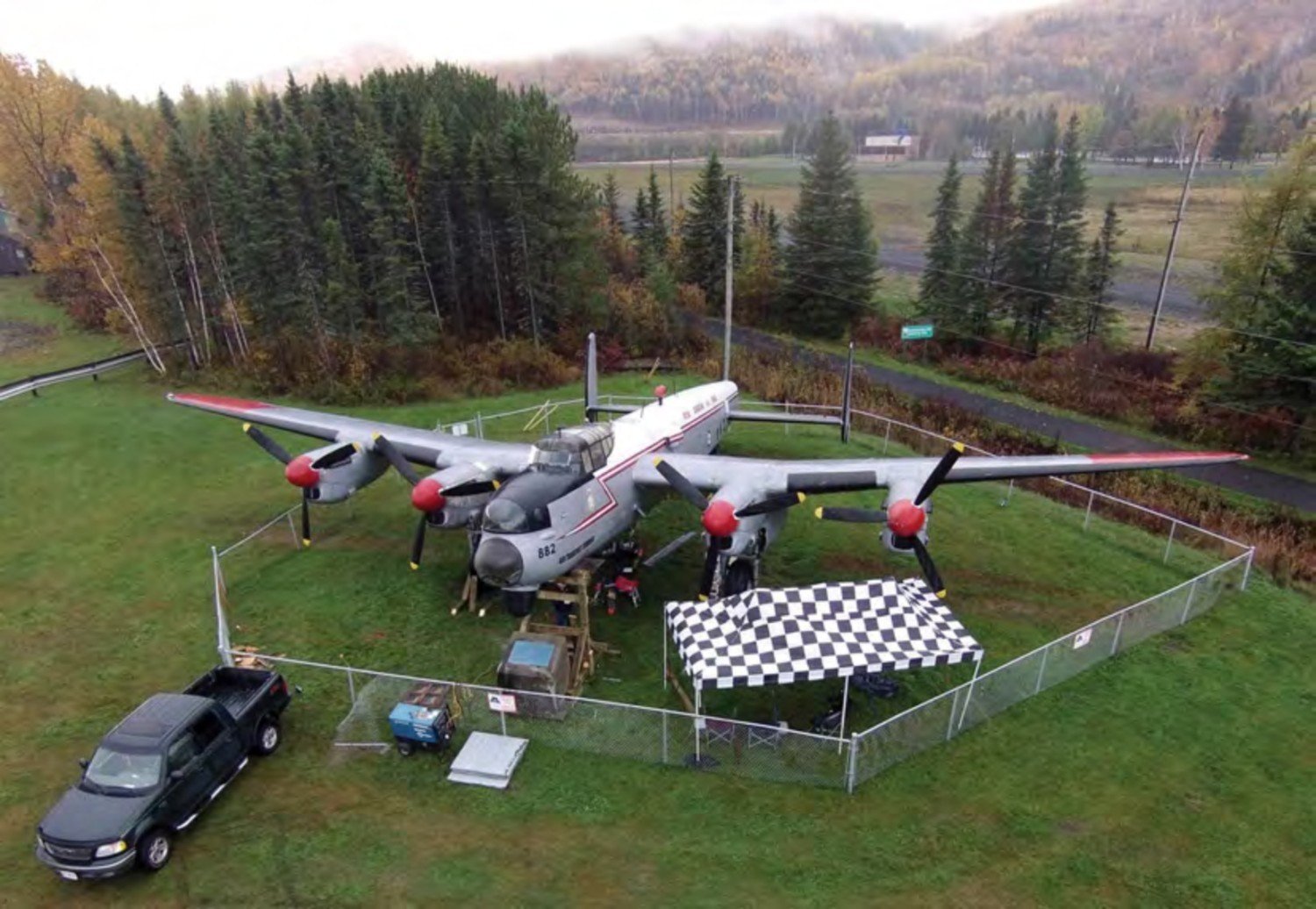 The future of Avro Lancaster Mk10AR KB882 was finally secured on 16 November, when ownership was transferred from the City Council of Edmundston, New Brunswick to the National Air Force Museumof Canada (NAFMC) at Trenton, Ontario.

After 50 years spent on display in the harsh environment at St Jacques Airport, Edmundston, during March 2015 city officials voted to transfer the rapidly deteriorating KB882 to the Alberta AviationMuseum (AAM) in Edmonton. The AAM, under considerable financial challenges, was unable to follow through with plans to take on the combat veteran bomber, and ownership was returned to the City of Edmundston during early 2016. The NAFMC then offered to take on KB882.

”The National Air Force Museum of Canada is honoured to have been selected as the final resting place for this historic aircraft”, stated NAFMC executive director Chris Colton. “KB882 will be fully restored to its area reconnaissance (AR) configuration, thus enabling all who visit her to understand not only the heroic role that she and her crew played during the Second WorldWar, but also her post-war operational taskings. Her appearance along with our Handley Page HalifaxMkVII, NA337, will be unique in the world as the onlymuseumhaving both types in a fully restored condition.”

Built by Victory Aircraft at Malton, Ontario, KB882 was flown to the UK in March 1945, joining No 428 Squadron, RCAF at Middleton St George. It flew sixmissions over Germany, the targets being Kiel, Hagen, Merseburg, Leipzig and two ops to Hamburg. KB882 returned to Canada in June 1945 and went into storage until 1952, when it was modified by Avro Canada to Mk10P configuration with all turrets removed, and a 40in extension added to the nose for the second navigator, plus various items of equipment. The following year it went to No 408 Squadron at Rockcliffe, Ontario, seeing use in the mapping and charting of Canada’s Arctic and as an electronic and photographic intelligence gathering platformduring the Cold War. KB882 also operated over the Atlantic during the Cuban Missile Crisis in October 1962, monitoring and photographing Russian trawlers. After retirement in April 1964, KB882 was acquired by the City of Edmundston, and flown to St Jacques Airport, 10miles north-west of the city, on 14 July 1964.