The last A-4 Skyhawk operation of the Falklands

Two Argentine Air Force pilots, Mario Roca and Guillermo Dellepiane, tell the story of the final A-4 Skyhawk operation of the 1982 conflict, when they attempted to destroy an important British command post

May 1982 had been a hectic month for the A-4B Skyhawks of the Argentine Air Force’s Grupo 5 de Caza, part of the V Brigada Aérea. They were engaged in numerous missions, including attacks on British ships. Indeed, this unit was among the most heavily involved in the air war, and it paid the price. By June, Lts Mario Roca and Guillermo Dellepiane were among the few members of Grupo 5 still flying combat sorties, 10 aircraft and nine pilots having been lost. 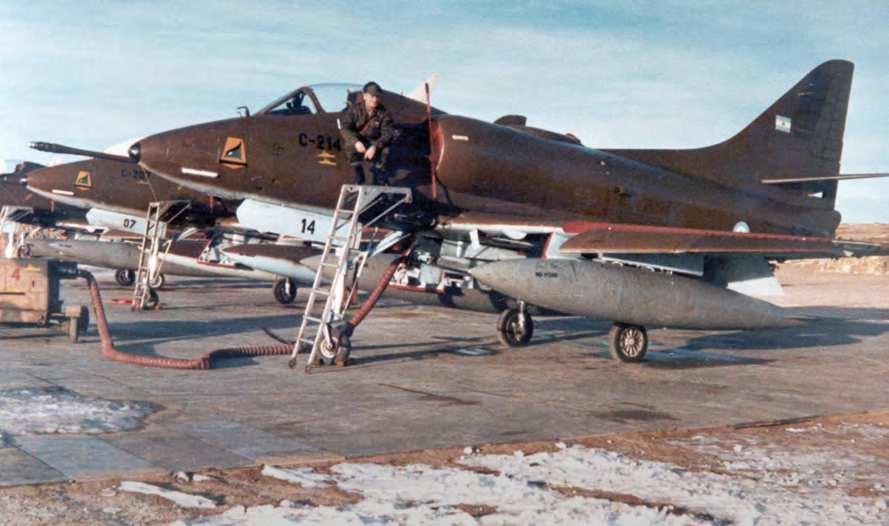 A line-up of A-4B Skyhawks near the end of the war, with serial C-214 in the foreground.
ALL VIA SANTIAGO RIVAS

They were both part of the very last attack mounted by Skyhawks during the campaign. It took place on 13 June, the day before the Argentine ceasefire. For Dellepiane in particular, it proved an eventful affair. Indeed, he came close to losing his life when his aircraft was seriously damaged.