WHEN THE LUFTWAFFE TRIED TO MOUNT ONE FINAL STRIKE AGAINST BRITAIN IN APRIL 1 945, IT GOT MORE THAN IT BARGAINED FOR, EXPLAINS. 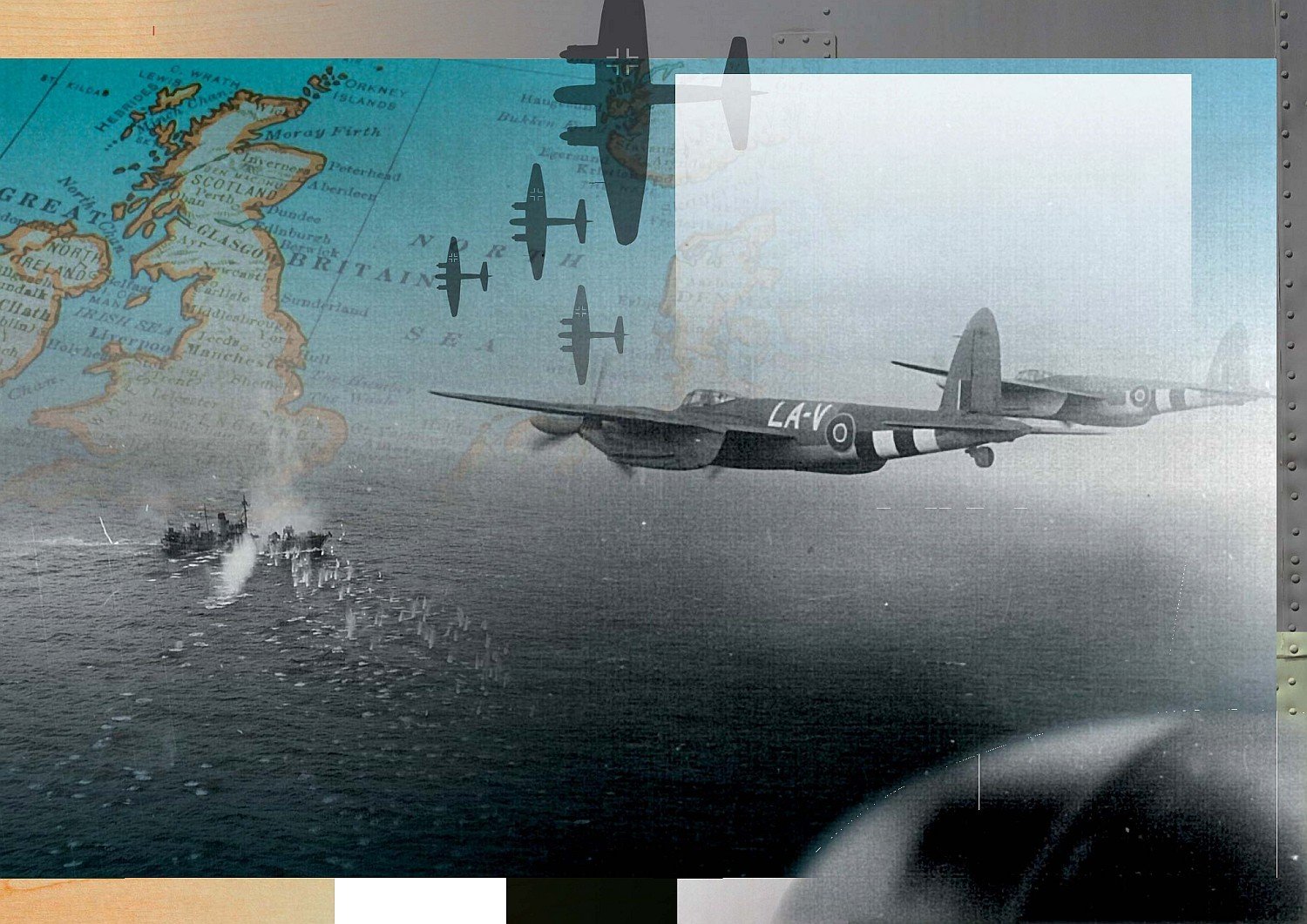 In its first three months of operations, the Banff Strike Wing sank almost 24,000 tons of German shipping in North Sea coastal waters. ALL RAF BANFF TRUST; Mossies’ of 235 Squadron, from RAF Banff in Aberdeenshire, on the hunt for prey.

OVER the murky waters of the North Sea, a large formation of RAF Mosquito fighter-bombers was heading back to its home base in Banff, Aberdeenshire. It was the evening of April 21, 1945 and the weather was foul, with thick, low cloud and heavy rain. The aircraft had just completed a long-range sortie hunting German U-boats and shipping off the Danish and Norwegian coasts, but by this late stage in the war, with Nazi Germany all but defeated, the crews had, frustratingly, found nothing worthy of attack. Then, from out of the gloom, the RAF airmen suddenly spotted the shapes of 18 aircraft, flying in six sections of three machines apiece, just 150ft (45m) above the waves, heading in the same direction. As the ‘Mossies’ closed in, the crews noticed the aircraft bore German markings and each carried a pair of torpedoes under the fuselage.