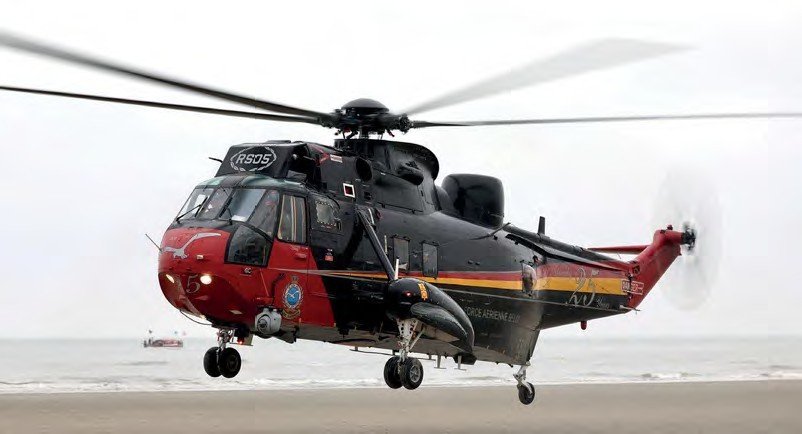 After 43 years of service, the Belgian Air Force and 40 Smaldeel retired the last of its five Westland Sea King Mk48 helicopters, serial number RS05, on March 21, 2019, at Koksijde Air Base.

The day began with RS05 landing on ten important beaches along Belgium’s coastline, starting with Knokke at 09:40hrs and ending at Koksijde at 11:25hrs.

In the afternoon, RS05 was joined by a German Marineflieger Sea King Mk41A from Marinefliegergeschwader 5 based at Nordholz and a Norwegian Luftforsvaret Sea King Mk43B from 330 Squadron based at Ørland Main Air Station, which performed a farewell overflight over the Flanders region with an NH90 NFH and SA316B Alouette III from 40 Squadron.

On the formation’s return to Koksijde, RS05 received a traditional water cannon salute from the station’s fire crews.

The expectation is that one helicopter will remain at Koksijde, two will be sold for parts and one is potentially going to the technical school in west Flanders. The fate of the fifth helicopter is currently unknown.