The working life of the Bo-105 came full circle with a poignant retirement ceremony for the last of the type in service with the German Army. Kees van der Mark reports from Celle. 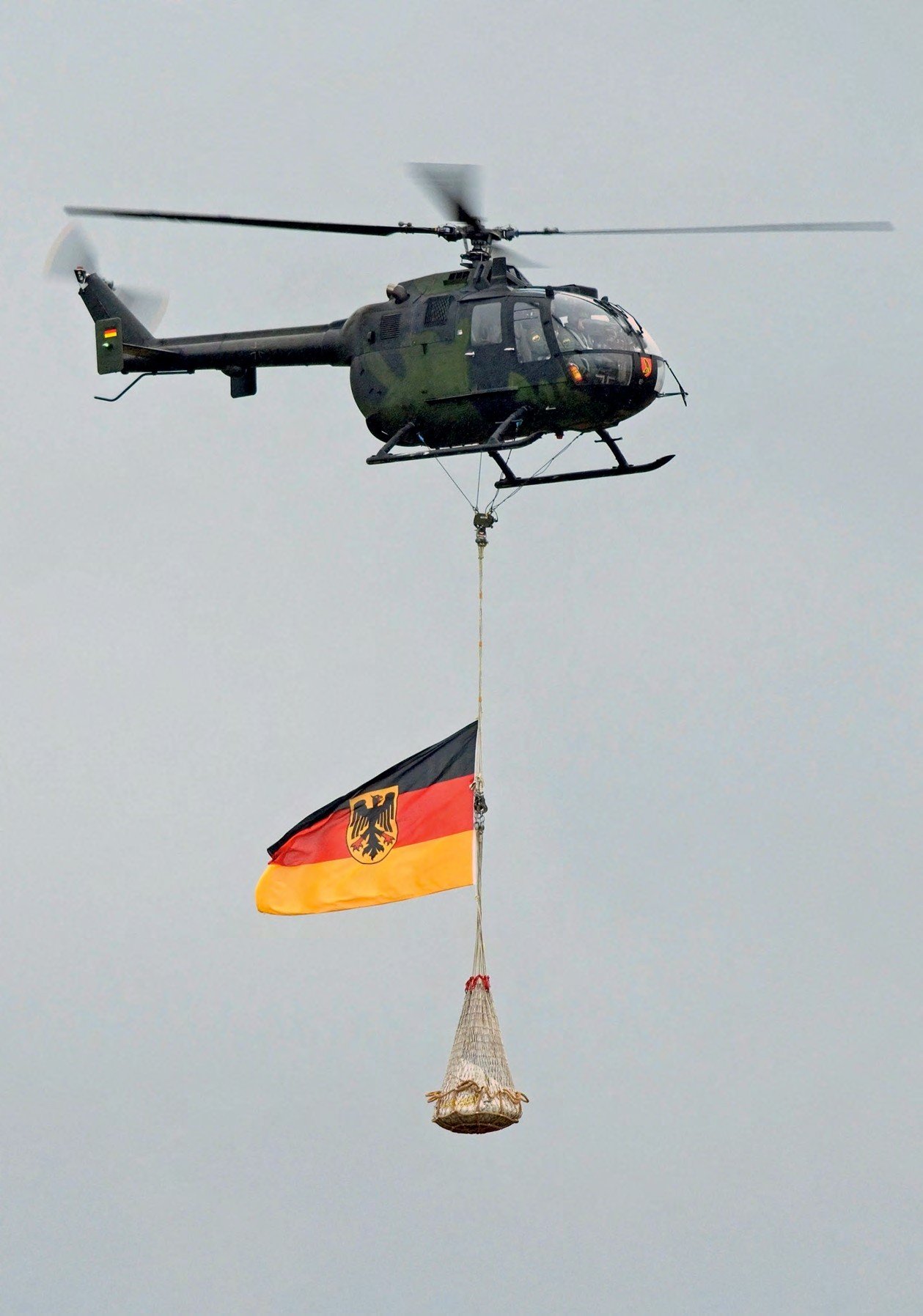 Sling load operations were demonstrated during the flying programme by Bo-105P1M 86+33. The German Army retained the Bo-105 as a training helicopter alongside the EC135 for this and instruction on autorotation landings. 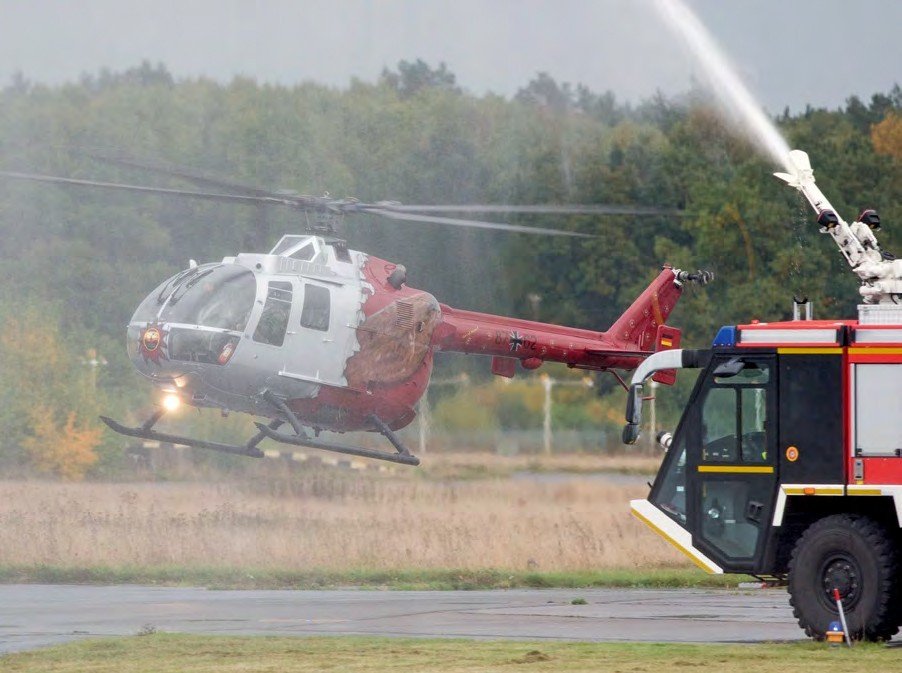 The commanding officers of the Heeresflieger and Teileinheit 900 flying Celle-based Bo-105P1M 87+62 ‘Falke’, in its ‘Stars of Memory’ scheme, concluded the flying demonstrations. They were met with a water cannon salute from the air base fire brigade before landing in front of the hangar where the fly out party was held in the evening. All images, author

RAIN CASCADED down during the flying demonstrations at Celle Army Air Base on October 19, as if even the sky was sad to see the final Messerschmitt-Bölkow-Blohm Bo-105s go. The type served the Heeresflieger (German Army Aviation Corps) for more than 43 years, accumulating in excess of one million flying hours during that time.