From starting as a 19-year-old Lightning pilot, John Walmsley rose to become the OC of the RAF’s Phantom training unit. Dr Kevin Wright talks with the Wing Commander (ret’d) about his flying career. 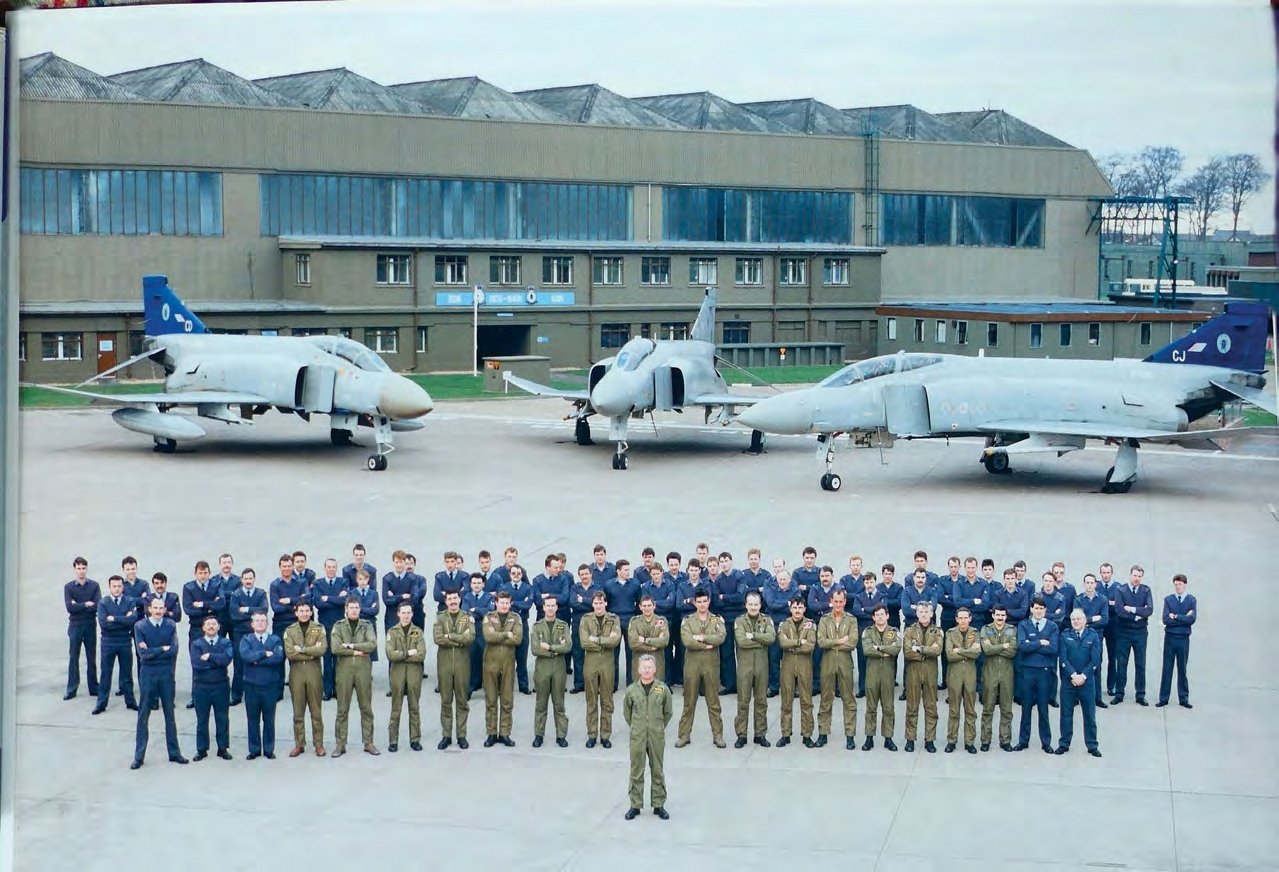 Main photo: Wg Cdr John Walmsley with the off cers and men of 228 OCU shortly before the unit’s disbandment in January 1991.
RAF off cial Crown Copyright RAF Leuchars

Joining the RAF in 1963 aged just 17, John Walmsley completed his basic flying training on the Jet Provost and his advanced course on the Gnat. He was an early first tourist selected to fly the Lightning. After briefly flying the Hunter for extra gunnery and air combat training, he joined 226 Operational Conversion Unit (OCU) at RAF Coltishall, Norfolk in December 1965 to learn the Lightning. John’s first operational posting was to RAF Binbrook in Lincolnshire with 5 Sqn flying the Lightning F.6 from June 4, 1966.