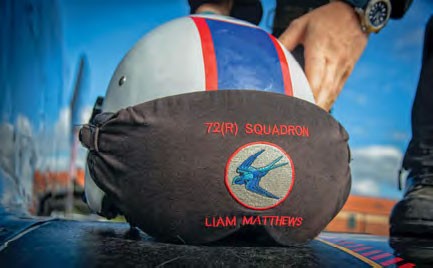 1: The pilot’s helmet is emblazoned with the swift insignia of No 72 Squadron, the RAF’s last Tucano T1 operator. 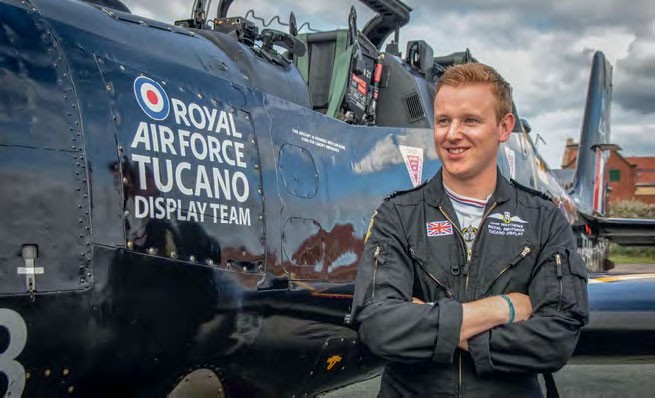 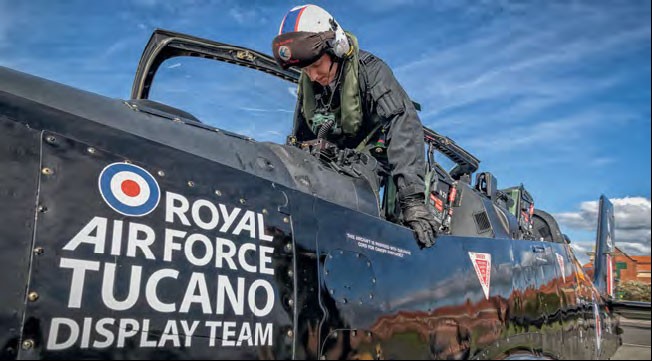 3: Flt Lt Matthews climbs into the cockpit of ZF448 for the Tucano Display Team’s final appearance.

4: Tucano T1 serial ZF448 taxies at Blackpool Airport ahead of its performance over the Southport seafront. The aircraft wears squadron badges of the units associated with the Tucano during its RAF service.
All photos Joe Campion

As well as providing Basic Fast Jet Training courses for RAF student pilots for three decades, the Tucano has long been in the public eye at airshows around the country. Since its first display season in 1990, successive pilots have demonstrated the turboprop’s abilities. Performances came to an end after the 2014 season but following a fiveyear absence the Tucano re-entered the airshow circuit.