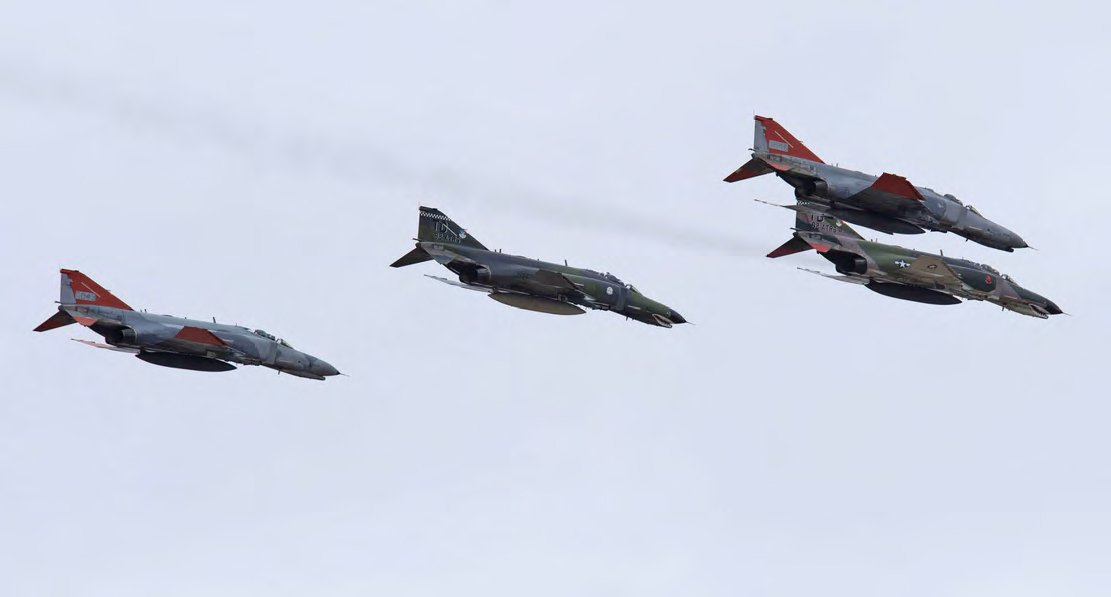 Almost 56 years after the type first joined the inventory, the McDonnell Douglas F-4 Phantom II finally bowed out of US military service at Holloman Air Force Base, New Mexico on 21 December, when four QF-4s from the USAF’s 82nd Aerial Target Squadron made a final ceremonial flypast.

Although the Phantom ceased flying operationally in the USA during 1997, the type flew on as the QF-4, serving as manned and unmanned aerial targets. In the drone role the type is being replaced by the QF-16, an unmanned version of the F-16 Fighting Falcon.

From 2004, QF-4s also operated as part of the USAF’s Heritage Flight programme, with a total of six QF-4Es being painted in representative camouflage schemes from the F-4’s years of operational service for airshow work. For more information, see the February issue of our sister magazine AirForces Monthly.